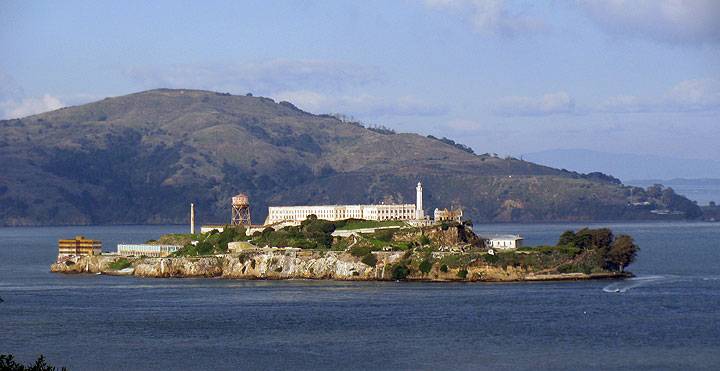 In 1969 Texas oil industrialist Lamar Hunt proposed to buy Alcatraz island and put on it a memorial museum to the Apollo space program as well as a Victorian San Francisco theme park. The City's government approved the sale and it would've gone through had Mander and Duskin not intervened, as described in the video below.

Jerry Mander and Alvin Duskin were two of the key characters who mounted the effort that rescinded Texas oilman Lamar Hunt's purchase of Alcatraz.

Interview by Chris Carlsson, video by Nick Kasimatis, excerpted from a longer interview for the Ecology Emerges series. 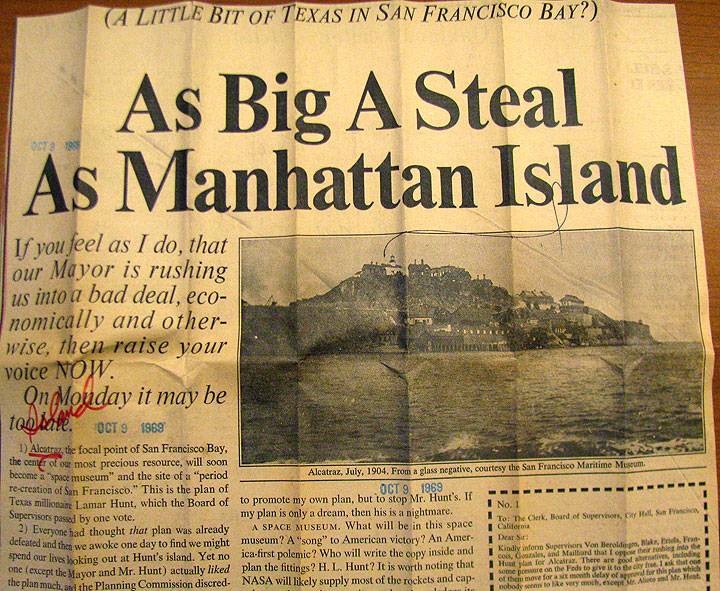 Top half of the original full page ad taken out by Alvin Duskin, written and prepared by Jerry Mander. 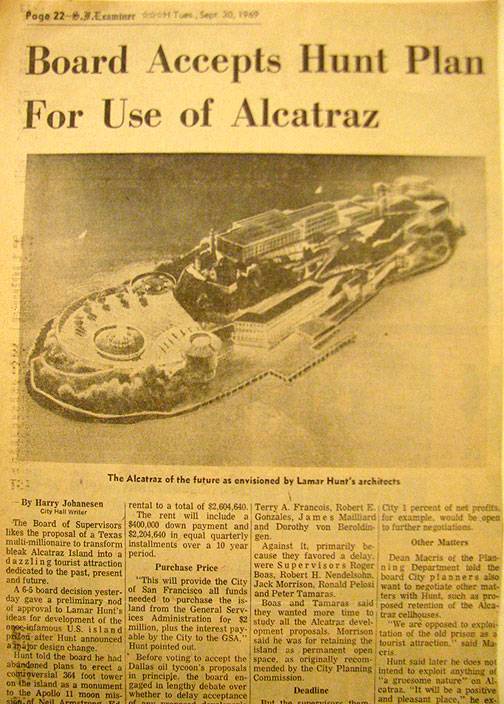 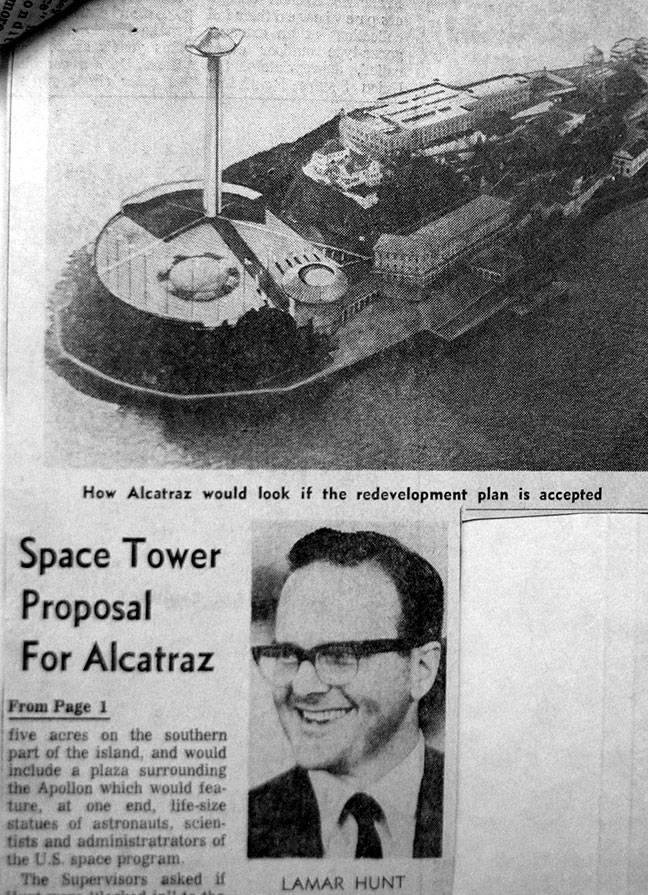 A closer look at the proposed Space Tower for Lamar Hunt's Alcatraz plan. 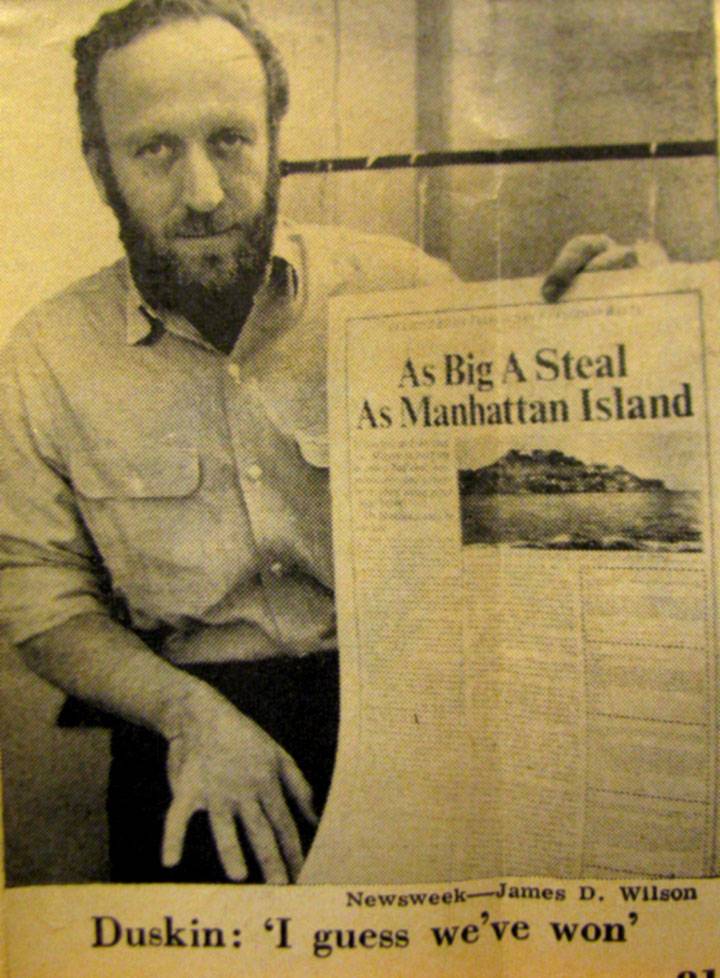 Alvin Duskin with his full-page ad in a Newsweek article late 1969. 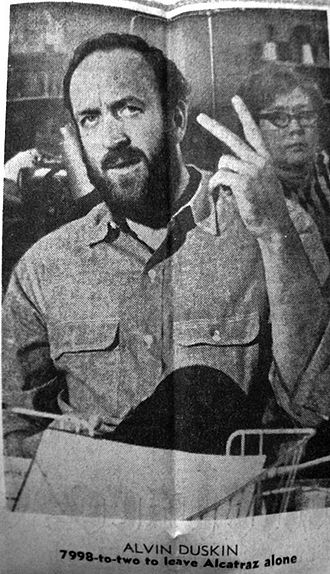 Duskin basks in his successful defeat of the Lamar Hunt plan.

There were other proposals for Alcatraz in earlier years too, long before it was occupied by Tribes of All Nations, or turned into a part of the Golden Gate National Recreation Area. 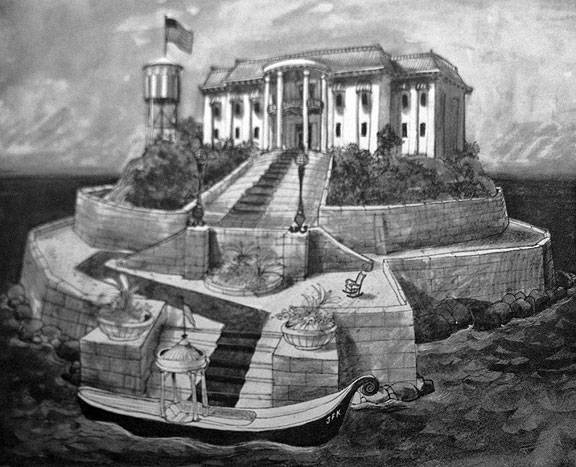 Artist Barton Davis drew this rendition of a Summer White House on Alcatraz in the August 1963 issue of San Francisco magazine. 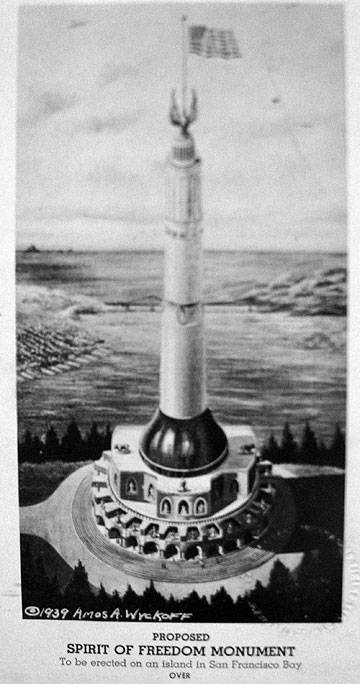 Even as early 1939, wacky ideas for grandiose monuments were being made for Alcatraz.