The Statue of a Heroic Crusader who Spent his Life Fighting to Keep Statues out of Golden Gate Park. 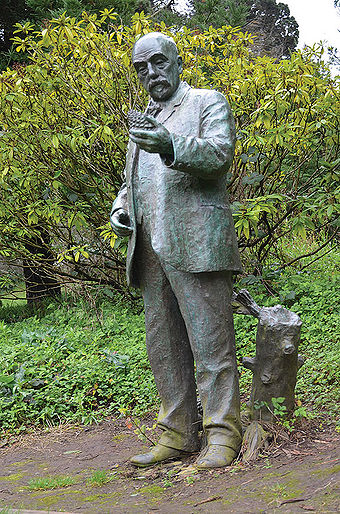 John McLaren, the man here pensively engaged with a pine cone, spent 53 years of his life, until his death in 1943, improving and protecting the 1,000-plus acres that are Golden Gate Park.

This statue fronting the park’s grove of rhododendrons, McLaren’s favorite flower, was a tribute he had not sought. In fact, after the piece was executed at the insistence of a friend, he hid it under a pile of blankets at the park’s stables. The work was only found after his death. In general, statues, or “stookies” as he called them, were not part of his vision for the park. The park’s flora was beautiful; stookies, weren’t. “Why must people change beautiful things?” he asked. It’s appropriate that McLaren’s feet are planted firmly on the ground, unlike the park’s many other bronze tributes mounted on imposing pedestals. In taking the job of Golden Gate Park Superintendent, he told the city fathers, “There will be no ‘Keep off the grass’ signs.”

Averse to statues as he was, McLaren countered their proliferation with a demonstration of the political savvy that allowed him to survive a long career. He would not squabble over the installation of bronzed war heroes, assassinated presidents, and revered literary lights. He would just plant foliage around them to obscure their impact. Some of the most luxuriant groves in the park are there to obscure a statuary intrusion of which McLaren disapproved.

A gardener since his early teens in Scotland, McLaren was totally into preserving nature in the park. He planted thousands of trees during his tenure while fighting off the encroachment of trolley lines, paving projects, horseless carriages, and later, automobiles into the park. In one instance, a San Francisco police chief wanted to remove an oak tree that he thought was in danger of collapsing onto the Park Police Station. McLaren told the chief he would compromise: “I’ll remove the tree if you remove the station.”

Something of a dour and hard-headed Scotsman, McLaren was not the easiest person to work for. He said he wouldn’t hire anyone who applied wearing a jacket because he suspected that such an applicant would not be up to hard work outdoors. Any employee caught smoking on the job would find himself out of work. 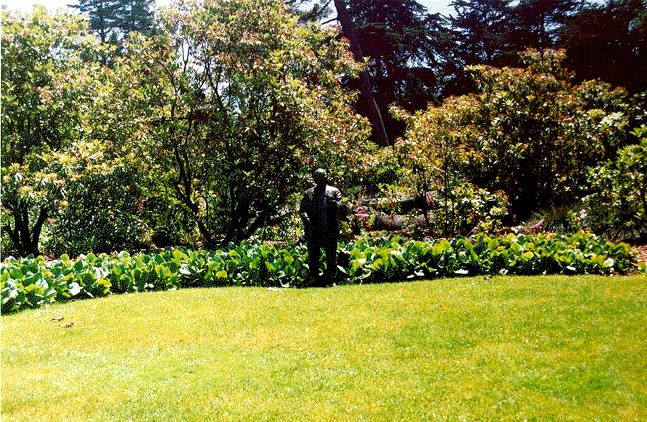 Despite his quirkiness, San Francisco showered their park superintendent with a love highly unusual in a city that enjoys bringing public officials down to earth. Each year his birthday became an excuse for civic celebration. When he reached the mandatory retirement age of 70, the city fathers amended the City Charter to allow him to stay on the job the rest of his life. He took full advantage of this perk. He lived to be 96.