Origins Founded on Holy Saturday, April 14,1979, the Sisters of Perpetual Indulgence,Inc. are an order of nuns of all genders, sexualities, and spiritualities; who take vows to promulgate universal joy and expiate stigmatic guilt. On that day Ken Bunch, Fred Brungard, and Bruce Golden donned the habit and ventured forth into the Castro from their home at 272 Dolores St. to challenge the "clone" mentality which had become so pervasive in the gay community. Making their way to 18th and Castro St., then known as "Hibernia Beach", the trio caused a stir. Encouraged by reactions of confused delight, the nuns made their way from the Castro to the gay beach at Land's End. By days end, the future Sister Adhanarisvara, Sister Missionary Position, and Sister Roz Erection had dropped the habit to spend the evening reveling in the fun they'd all had. 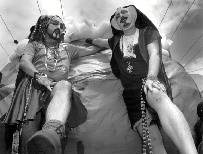 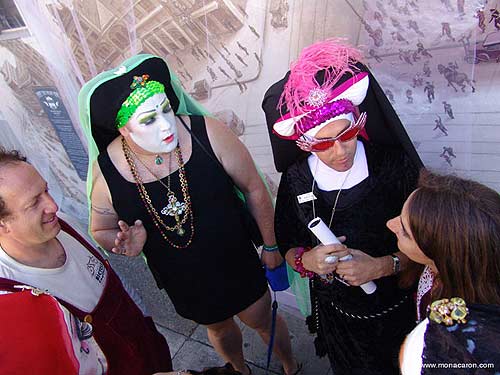