If you build it, they will come…

If you build it, put it in public libraries and community venues around town, make it interactive, refine it, expand it, adapt it to current technologies, publish a book to accompany and legitimize it, include clips from dozens of oral history interviews, reorganize and republish it to make it a wiki, rebrand it (and get underwriting to do so), expand it some more with the help of university students and interns and general history buffs as contributors, and sustain it over 20 years so that it becomes a sprawling online archive that invites contributions from near and far…

We’ve SEEN that you will come!

The current iteration of Foundsf.org logs over 40,000 virtual visits a month, while the overarching project enjoys thousands of face-to-face interactions during year-round public programming, all of which is dedicated to excavating, uncovering, revealing, explaining, and sharing the overlooked, forgotten, flushed, and sometimes suppressed histories that make San Francisco what it is today.

We’ve come a long way from 1995 when we started with butcher paper and an old 286 PC with a 500 MB hard drive! In 1998 we released the first edition of “Shaping San Francisco” on CD-ROM and a few public kiosks, accompanied by the publication of Reclaiming San Francisco: History Culture Politics with City Lights Books. 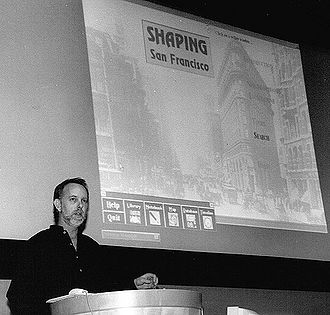 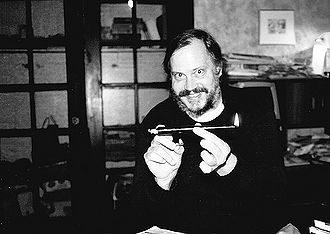 Greg Williamson, the programmer whose talents made the original versions of Shaping San Francisco actually work!

You TOO can become a supporter! History is a public utility!

Co-directors Chris Carlsson and LisaRuth Elliott enter their 9th year together heading up this unique effort in bottom-up, “history-from-below” for San Francisco. In addition to the public programming we already host, both are often invited into classes and to give custom tours on foot or on bicycle around town. We are also often asked for help with research, museum, public display, and book projects, so we are enjoying being a strange descendant of Hubert Howe Bancroft’s “History Factory” of the 19th century that once sat not far from us, at Valencia and Army Streets.

For two decades this has largely been a labor of love, but after professionalizing our operations a bit in 2009, we began to pay ourselves something of a monthly stipend. In 2014, with the rising costs in the Bay Area, we began to wonder how we would make it all work. Thanks to the unprecedented success of our “3% Solution” campaign last summer, we entered 2015 on a relatively sound financial footing. We still do not make an actual living salary. But we discovered that our financial resilience is hugely improved by the monthly donors who send us $5 and $10 donations, which add up! Thanks to all of you who continue to sustain us in this way. YOU make Shaping San Francisco possible.

The relevance of our work is growing by the day. San Francisco is undergoing another of its periodic shake-ups, when life is turned upside down due to a huge influx of new people seeking their fortunes in the next lucrative industry to draw them here. This period of psychic and social disruption is particularly threatening to the deeply rooted communities here in the City, specifically communities with deep cultural and familial connections to this place, which in turn profoundly threatens the shared social memories that are essential strands of the web of life here.

Our own housing INsecurity notwithstanding, we are determined to stay and help stave off a completely new amnesiac population from drowning the vitality and spirit that we all see as essential to San Francisco’s very soul.

Help us celebrate 20 years of Shaping San Francisco! We would like to triple our monthly income of a little over $1,000 per month. Become a monthly sustainer for the cost of a couple fancy coffee drinks. Think how much you pay for electricity, water/sewage, garbage, cable TV, your smart phone, internet, or other utilities that you deem necessities. Join with us in recognizing that our shared history—and the telling and preservation of it—is also a public utility, and needs the ongoing financial support that all utilities require.

You can use the paypal/credit card donate button on the left-hand menu on this screen to make an online donation, one-time or a recurring monthly donation. 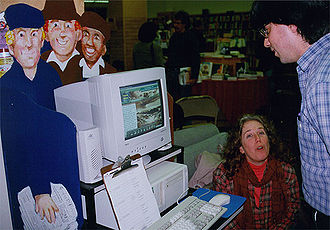 Joe Caffentzis shows off the "Newsie" kiosk at the Main Library rollout, 1998 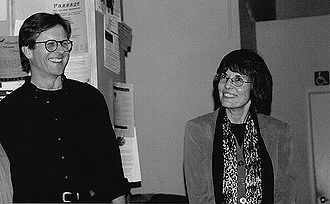 Minimum number of times Shaping San Francisco has given presentations in classes, lectures, and seminars since 1998: 241

Number of Talks held, recorded, and archived in our Public Discussion Series since 2006: Over 200

Minimum number of historical bicycle tours given since 2005: 44

A Negotiated Landscape: The Transformation of San Francisco's Waterfront Since 1950 by M. Jasper Rubin

The Streets of San Francisco by Christopher Agee

Latinos at the Golden Gate by Tomas Summers-Sandoval

The Sixth Star by Mae Silver

Church and State in the City: Catholics and Politics in 20th Century San Francisco by William Issel

Why Is That Bridge Orange? by Art Peterson

Sleeping Where I Fall by Peter Coyote

Over the last 20 years we have enjoyed fruitful collaborations with:

Nature in the City

CounterPULSE (we helped found this organization when BACAT merged with 848 Community Space) San Francisco Public Library, San Francisco History Center (thanks to them for their generous cooperation over the last 20 years) and most public library branches

San Francisco Museum and Historical Society (helped motivate us to professionalize our own operations, which has in turn led to ongoing partnerships with our peer organizations around town.)

We partner with professors in urban studies, sociology, environmental studies, social movement studies, among other fields 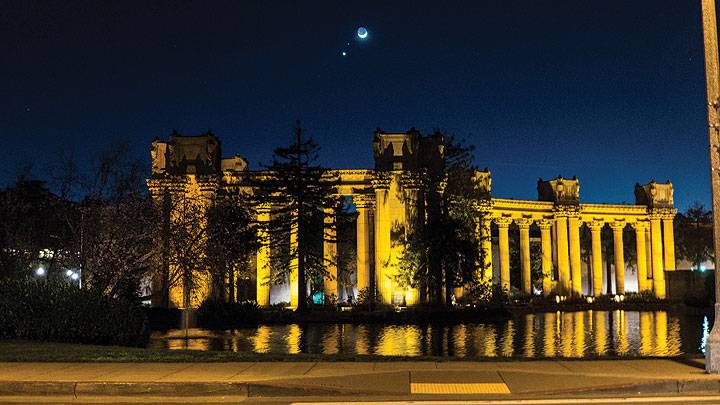 Moon and Venus over the Palace of Fine Arts during the opening of the centennial celebration of the 1915 Panama-Pacific International Exposition.