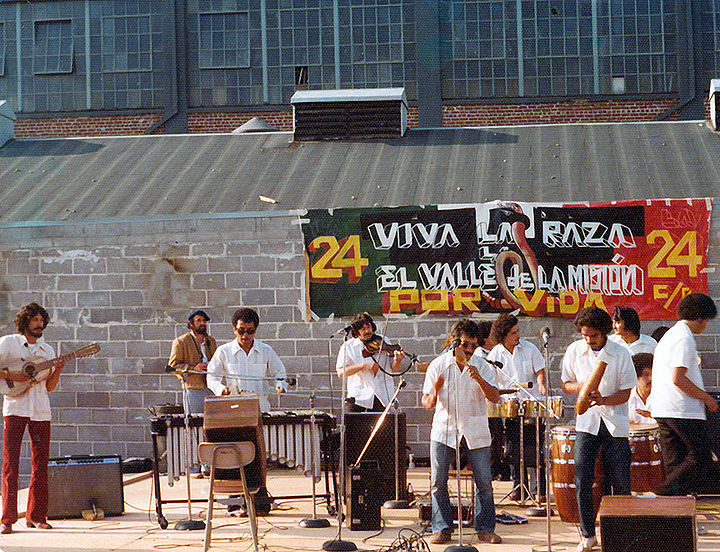 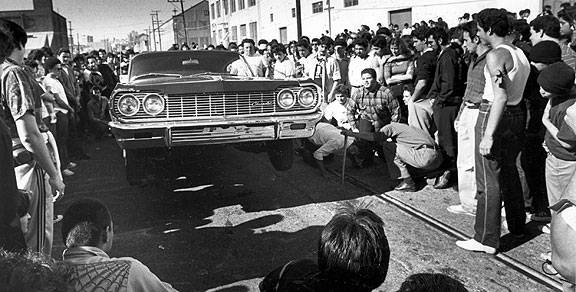 Low riders inspect some fine work in the Mission, c.1970s. 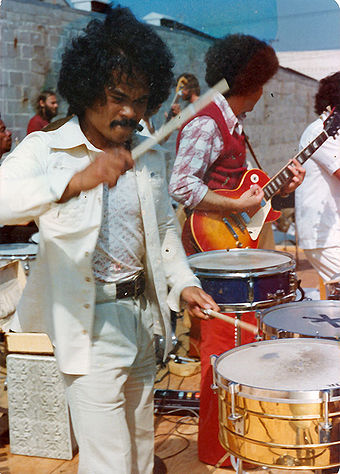 La Raza concert, the Lot, 1970s
You know where La Raza Park is? I’ll tell you a story about that. There used to be a milk company there, and they had torn down the milk factory and it was just an empty lot, and so we met with the owner, we asked, well, we explained to them what was happening, how they would close down all of Mission Street and if we could go there and just hang out and he said cool. He was a real cool, cool, cool man. He was like a little angel, and so we called it the Lot, so we would all go to the Lot and hang out there till five, six in the morning. And then the cops couldn’t mess with us because it was private property, right?

And then next door there was the Farm. It was actually called the Farm, and some hippies ran it, and they were real cool, they used to let us throw parties in there. I remember Jack. They were organic. They were ahead of their time.

The Lot would get full, so this whole street would get packed. Just lined up with car after car. All the way to the end. And then, from here on down, this whole thing would just be packed, packed with cars. And this whole Lot. So this would be just packed, and hell of people would be out here, and then inside the Lot we used to have hopping contests, and then it became the in-thing, cars from all over would come down here.

We cleaned up the empty lot and we started recycling the cement and we called for the National Guard to come pick up the cement. In Berkeley there's a park called the People's Park that the people built, and so we went to find out how they built the park there and we said, OK, we're going to build a Low Rider Park. 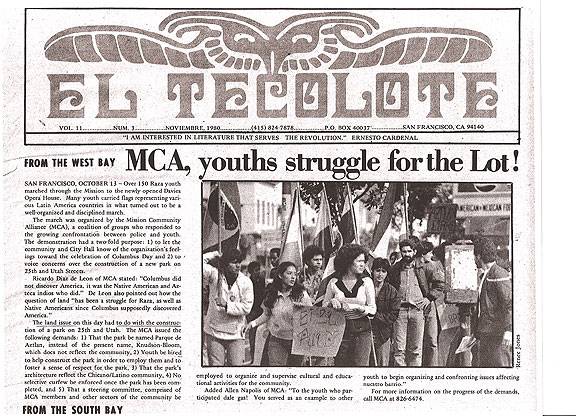 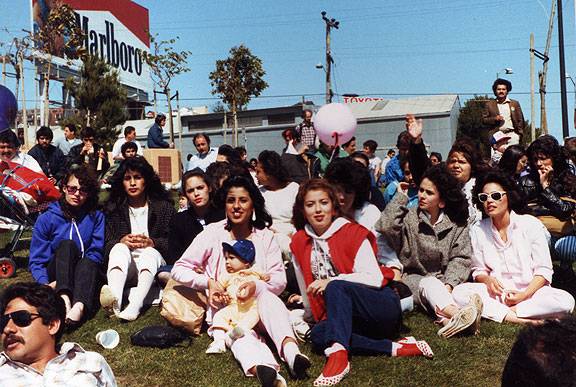