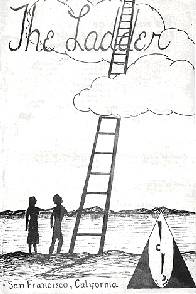 I had never been to a lesbian bar before. Gay discoteques certainly--in most cities (Paris, New York, Boston, San Francisco, London). They have the best music--but Lesbian bars are rare. This one was up the street on Broadway--one block up from Carol Doda's with her red neon tits, past the Exotic lady wrestlers, City Lights Bookstore--across the street from the Chinese bookstore.

It is a small place--quite inconspicuous. I am with two girlfriends, the girl at the entrance tells us the entrance fee is two dollars. When we hesitate she says--How about one dollar--we pay and go in. There are about two men in the place and thirty or more women. One of the men sits quietly at the bar, the other sits in a corner table--by the pool table overlooking the dance floor. My first impression is that I am in a room full of tomboys.

We sit down at one of the tables to watch the show--an all woman rock band. There is a very masculine looking woman playing the electric guitar. She has a yellow pompadour, Billy Holly--slicked back and a tattoo on her arm. The drummer is tall and thin--curly-headed Afro--wearing a Playboy shirt, and western cowboy boots--she looks like an English rock star in spite of the simplicity of her dress.

The singer is dressed in a tight fitting red satin pant suit. Middle-aged, heavily made up--she takes the microphone and goes around singing from table to table--Las Vegas style. I look around at the people. Everybody seems to be in an excellent humor--the atmosphere is one of affection and gaiety. No overt displays of sexuality--a couple holding hands--or with their arms around each other.

Sleeveless white t-shirts seems to be their favorite attire and boys' sneakers--No one is wearing a dress.

The band plays a song from Stevie Wonder--couples get up to dance. One girl looks like Prudence Pimpleton -- Fearless Fosdick's girlfriend. Very square jaw and a scar on her cheek. A girl with bangs, tight white turtleneck dressed in the style of the bohemian '50s is dancing with another waistless girl in a green polyester shirt and a Jimmy Carter (southern liberal) haircut. She dances around him, wrinkles up her nose--gives him an Eskimo kiss.

A plump girl in white--with a white cap comes up to me and asks me what I'm smoking.

"No thanks. I tried smoking those last year in Mexico--but the whole time I was dying for a Marlboro."

She goes off to move a piano--she's in the next group.

Two black men come in--I hear them say -- "Do you know what kind of a place this is?" Pimps they look like. They leave. 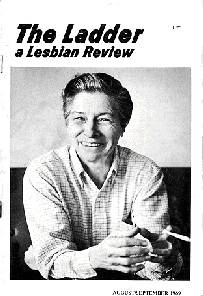 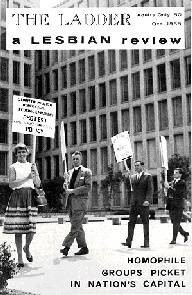