The Largest Whaling Port on the West Coast, 1880s 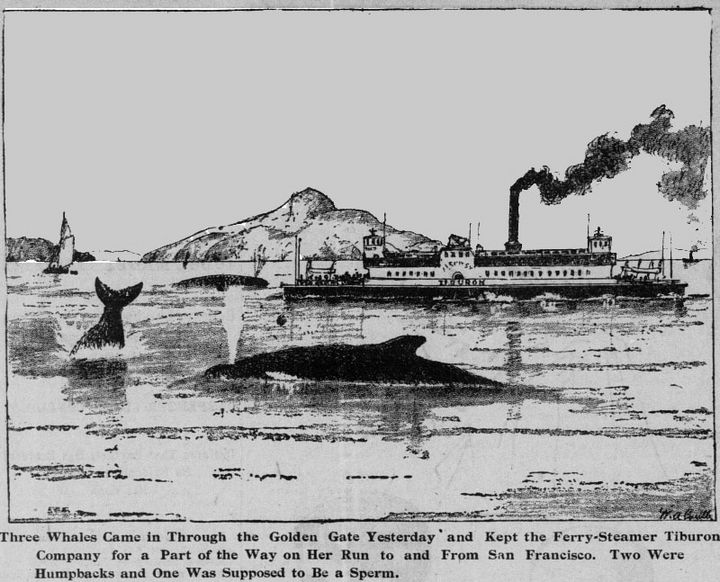 Popular drawings for the daily press c. 1890s, showing the entrance of several whales into the San Francisco Bay. 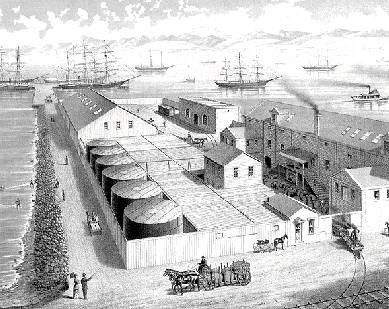 The Arctic Oil Works was established on Illinois between 17th and 16th Streets in 1883 to produce refined oils from seals, whales and elephant seals. Not well-remembered today, the whale, along with elephant seals, walruses, and sea-lions, were the primary source of oil for illumination and lubrication for the burgeoning industrial revolution during the early decades of San Francisco’s urban growth. Electricity was still years away, and the petroleum oil industry didn’t really get going until the last decade of the 19th century.

Thinner in viscosity than modern vegetable oil, whale oil met many needs. It eased mechanical cogs in textile and metalwork factories, aided in the cleansing of wool and the tanning of leather. The oil lit smokeless streetlamps, factory-floor and shop lights, extending trading hours and mercantile business into evening hours (so whales contributed to changing concepts of public space in nighttime and were even thought, by some, to reduce crime). Whaling was the context that coaxed industrial manufacturing and commerce into its modern shape—whale oil initiated automation; sped up repetitive, task-based workflow and expanded the working week; it preconditioned the transformation of the natural environment by numerous enterprises, driven to faster and more thorough manufacturing schedules. In agriculture, humpback oil was included as an ingredient in insecticide washes, glossing the leaves of California fruit trees and French vines… Printing inks were emulsified with whale oil; in stately houses, whole libraries might be spelled out in alphabets distilled from whales.
—Rebecca Giggs, from Fathoms: the world in the whale, Simon & Schuster: 2020, p. 39

“Black Ahab’s” adventures made him an Oakland hero and one of the most powerful men of color in California—but there’s a dark side to his story that’s rarely discussed. This episode weaves together histories of slavery, whaling and a flood of African American seamen into 19th century Bay Area to explore William Shorey’s rise to the top of a bloody, brutal industry. 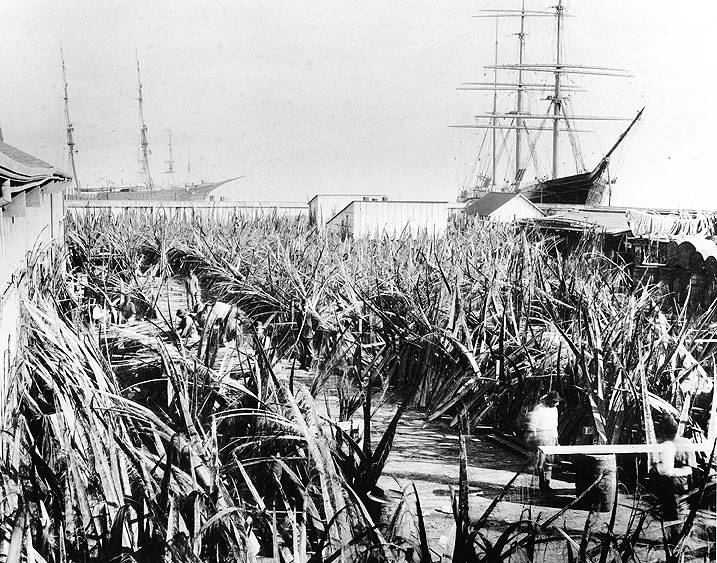 In 1890, baleen from the jaws of whales dries in the Arctic Oil Works yard. After drying it was cut into stays for corsets, collars and umbrellas, as well as for buggy whips. 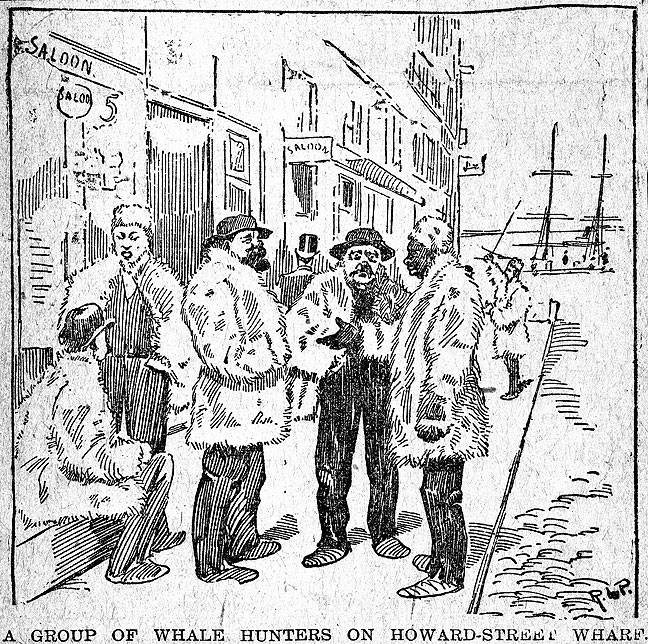 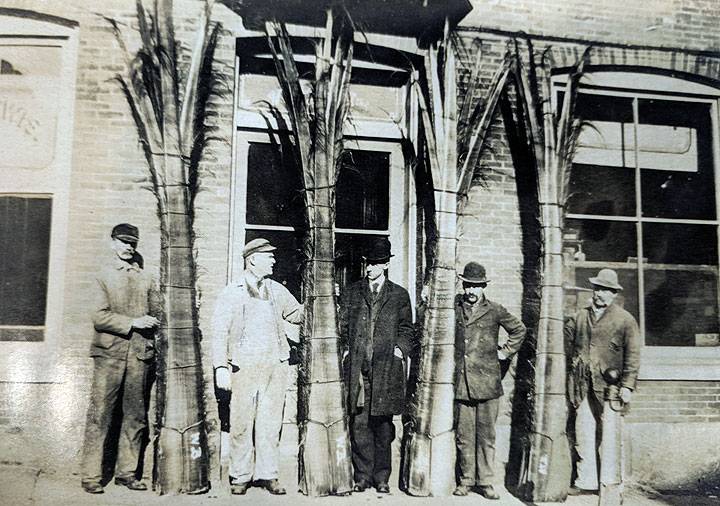 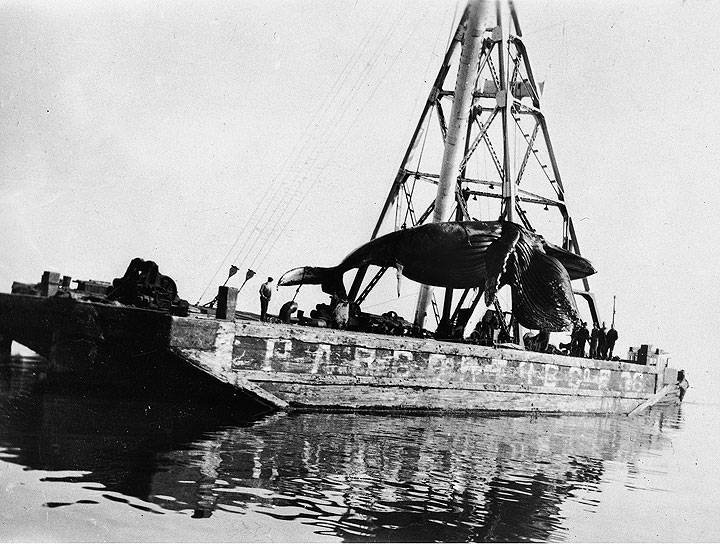 Whale Processed at Allen Seven Sons Plant, San Francisco. The bloody business of reducing complicated life forms into uncomplicated commodities was mostly accomplished at sea, but sometimes the whales were dragged into the bay relatively intact for processing.