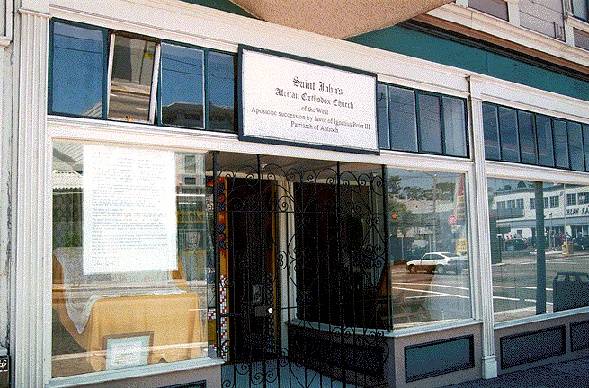 351 Divisadero between Oak and Page. Services Sundays, 11:45 a.m. and 6 p.m., and Wednesday evenings. (Evening services are free jam sessions; if you're a player, bring your instrument.)

Note: In early 2000 the Church moved because of a massive rent increase; they are holding services in temporary locations and are trying to find new quarters.