Difference between revisions of "The Hiring Hall"

Herb Mills speaks about the Hiring Hall in this 1996 interview. 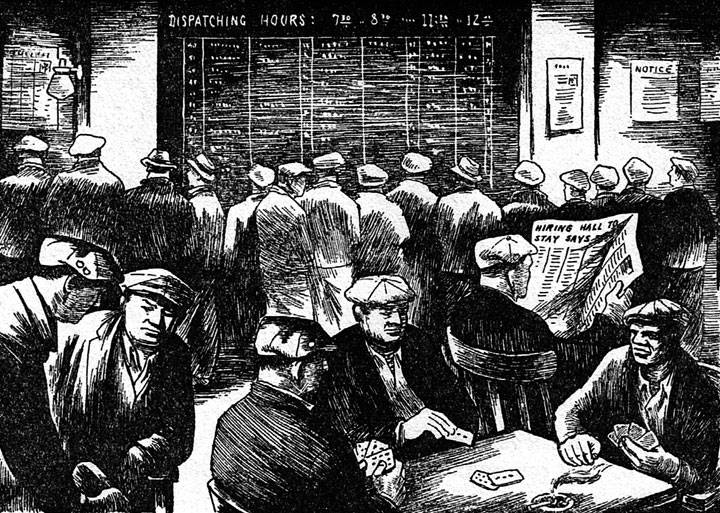 The Hiring Hall, as depicted by Bits Hayden in 1934, after end of Big Strike. Note newspaper headline about Hiring Hall winning permanence from arbitrator's decision.

The central demand of the long and bitter West Coast longshore strike of 1934 focused upon the "shape-up" -- the practice of hiring men from amongst those who showed up each morning at one or another of the pier heads. The union sought -- and won a hiring hall jointly administered and operated by the employers and union through a labor relations committee. As countless union publications subsequently put it, "the ILWU is the hiring hall." 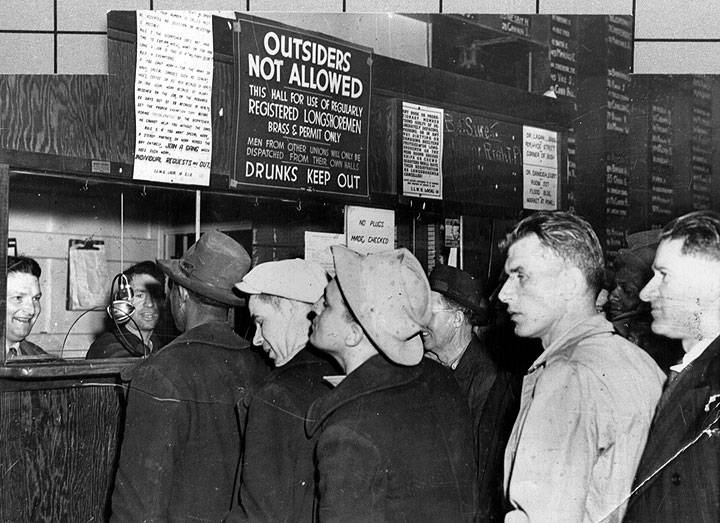 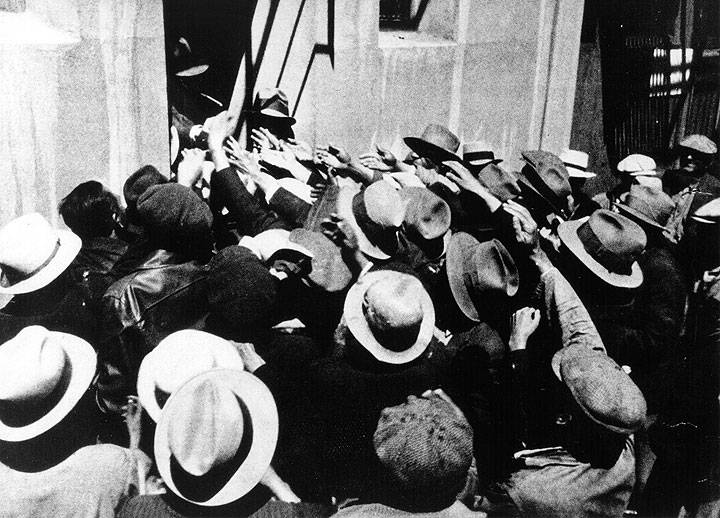 The reasons for this demand were simple enough -- the shape-up was riddled with favoritism, discrimination, corruption, and pay-offs in the hiring of men. On the job it was distinguished by a relentless, exhausting and hazardous speed-up which was in turn very effectively enforced by capricious and arbitrary firings. By contrast, the hiring hall meant the preferential dispatch of union men. While promoting union membership directly, this also reduced the number of firings simply because the man who was fired was almost always replaced by another union man.

The second basic and fundamentally important feature of the hall was its low-man-out system of job dispatch. This meant that, in any given job category, the man who had worked the least number of hours during the current quarter had the right to be dispatched first. The hiring hall also meant a centralized and scheduled dispatch, thus obviating the need to travel from pier to pier in an oftentimes endless search for work. In these ways, the degrading evils of the shape-up were to be precluded.

By equalizing their work opportunity, the low-man-out system also helped to equalize the income of the men in each job category. Another source of explosive competition was eliminated when the principle of seniority was firmly incorporated into the employer-union machinery for promoting men from one job category to another. Eventually, the dispatch of gangs was also based upon a low-gang-out system. While this, too, eliminated an historic source of favoritism, it also tended to equalize the income of the gang men. Constant attention was paid to the relative work opportunity of hall and gang men, but an equalization was in large measure maintained simply by the men exercising their option of working either in a gang or from the hall.

The hiring hall was indeed the union. It was the institution whereby the reality of community could be fashioned and maintained by men who had agreed to structure and divide their work on a fair and equal basis and who, through great strife and conflict, had won the right to do so. As for the on-going fairness of the dispatch system, that was to be insured by the men annually electing their representatives to the joint Labor Relations and Promotions committees from their own ranks. An annual election of dispatchers by and from the ranks was also to assure the honesty and fairness of its day-to-day operation. 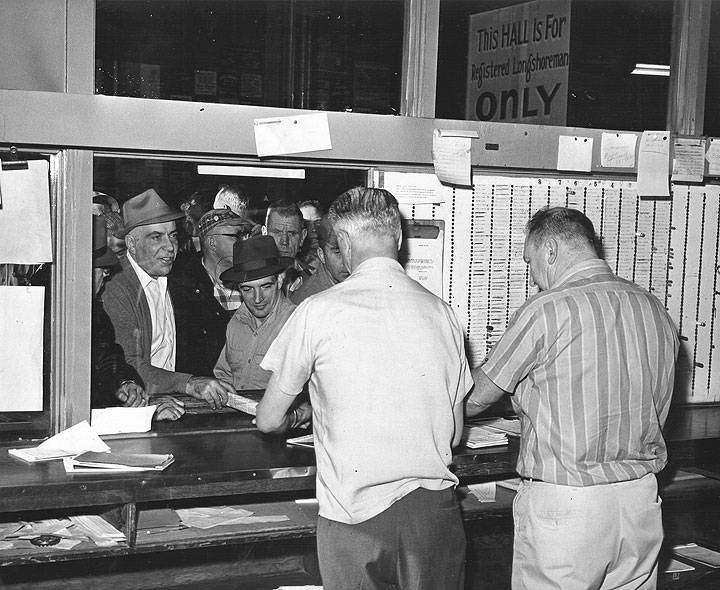