The Farm by the Freeway

Listen to an excerpt from "The Farm by the Freeway" read by author Mirjana Blankenship: 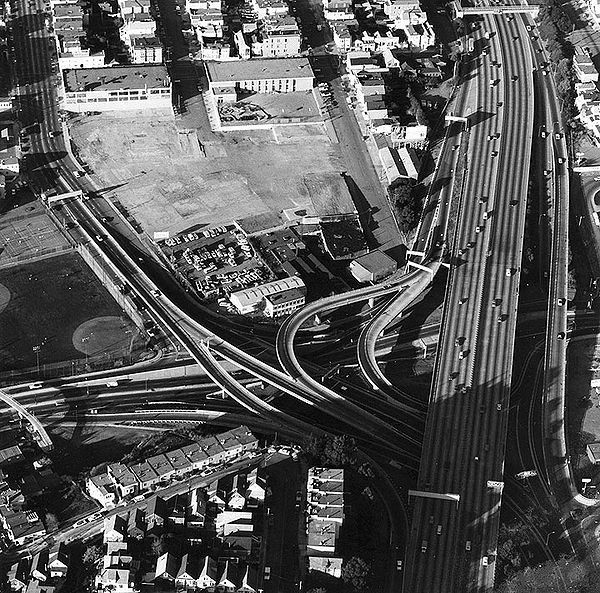 The Farm was developed in the bosom of the freeway interchange at Potrero and Cesar Chavez (then Army Street).

The present day Cesar Chavez Street freeway interchange in San Francisco is a tangle of asphalt and vacant lots, where cars, skateboarders, and the homeless co-exist in liminal urbanity. This transitory space was once a place of productivity where life grew and roots deepened. From 1974 to 1987, the derelict spaces underneath and beside the freeway sprouted corn stalks, vegetable gardens, fruit orchards, goats, children, and circuses—all under the umbrella of art and ecology. Crossroads Community (The Farm) was one of San Francisco’s early community cultural spaces that sought to connect people, animals, plants, and resources, heralding a new form of ecological thinking in an increasingly industrial and gentrified city. While post-millennial San Francisco is a city where Victory Gardens grow by City Hall and urban farming thrives, in the 1970s the concept of a farm by the freeway was not an ordinary sight, but the inception of a revolution. 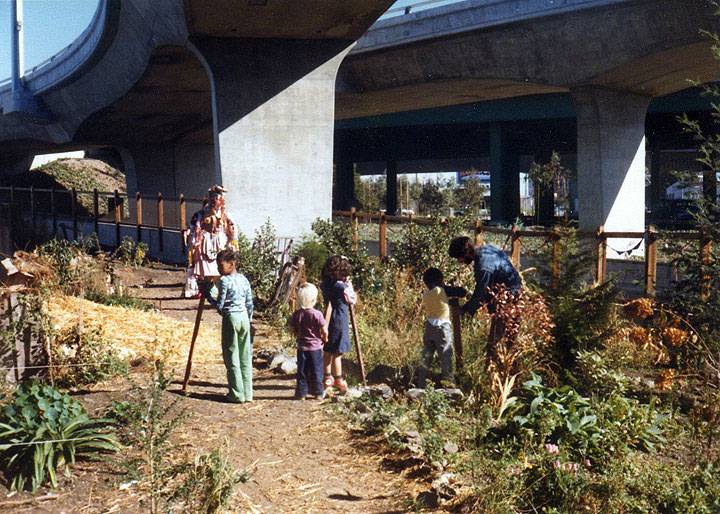 Teaching the next generation to grow food in the most unlikely place, beneath the freeway!

In 1974, Bonnie Ora Sherk and co-founder Jack Wickert helped create Crossroads Community (The Farm), affectionately known as The Farm. On an accumulated seven acres located partially underneath and adjacent to the then Army Street freeway interchange in San Francisco, they—with the help of the community and collaborators—turned two warehouses, concrete, and open space into a site-specific sculpture, farm, community center, school without walls, and human and animal theater. The San Francisco Mime Troupe, Make-a-Circus, and The Jones Family all took up residence there, as did artists, poets, dancers, punks, kids, gardeners, animals, and members of the community. 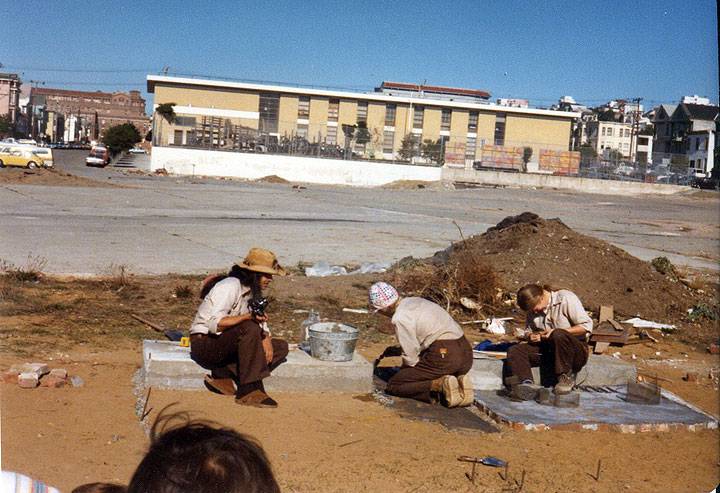 The Farm sought to create a radical ecological model that facilitated non-hierarchical interactions. Everyone who entered The Farm or lived there—plant, human or animal—was seen as an integral part in the ecosystem. For Sherk, it reflected her concept of the “life frame,” meaning a practice that becomes a microcosm for living life. The Farm evolved out of her earlier performances and installations that delved into the relationship between humans, animals, and the natural environment as well as the visions of her collaborators. In 1981, Lucy R. Lippard hailed The Farm as “the most ambitious and successful work of ecological art in this country,” yet it still remains relatively unknown today even in the Bay Area.

by Mirjana Blankenship, from her essay "The Farm by the Freeway," in the anthology "Ten Years That Shook the City: San Francisco 1968-78" (City Lights Foundation: 2011), edited by Chris Carlsson.