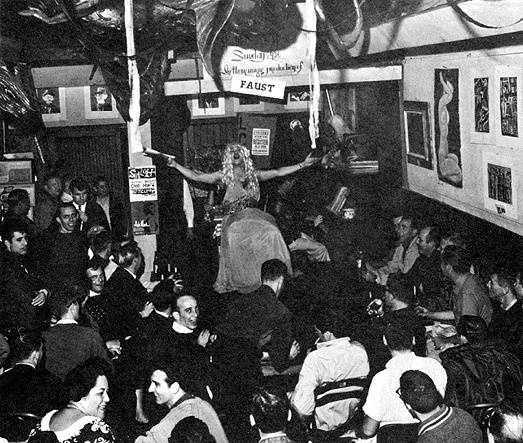 The Black Cat Cafe on Montgomery Street became home to a gay drag revue starring Jose Sarria. Sarria was born in San Francisco and performed each Sunday afternoon for fifteen years to full houses of 250 or more, using his role as Madame Butterfly to sermonize about homosexual rights and leading a sing-along of God Save the Nelly Queens..."