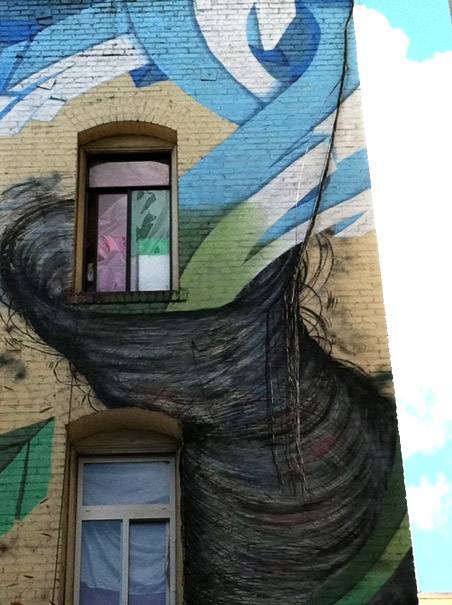 The Tenderloin National Forest is an oasis of sorts. Born out of an alleyway in the heart of the Tenderloin and transformed into a tree- and plant-filled community art space, the Forest is one of very few green spaces in the neighborhood available to the public. The “forest” grows out of a sliver between buildings, and yet standing inside of it, one does truly get the sense that she inhabits a world completely isolated from the surrounding urbanity. Indeed, despite its diminutive size, the Tenderloin National Forest is a forest in which one can easily get lost. Murals cover the walls of the surrounding apartment buildings, lights are strung between buildings and hang over the space, dissimilar plants grow wild alongside one another, and a small cabin houses art exhibitions. 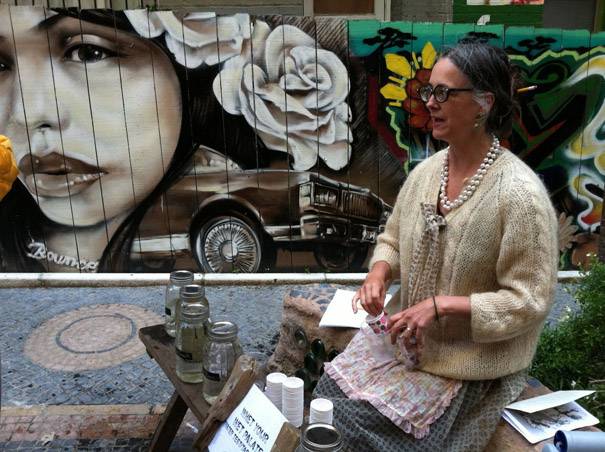 A Water Underground Hydro-Laboratory in the Tenderloin National Forest in May 2011 included water tasting from samples sourced at City watersheds.

The space began as an idea in 1989 when Darryl Smith, a member of the Luggage Store Gallery, a burgeoning art collective, took interest in the neglected alley adjacent to his apartment building. He describes the alley as it was then: “Garbage…rotting out here, human excrement, syringes, it was just a very unhealthy place to be. And yet in a very intimate proximity to the residents.” This throwaway space, as he calls it, struck Smith and fellow artists as a place where “fertile things could happen,” and thus, they created a space for community congregation. They transformed the ordinary concrete dead end street over the next decade and in 2000, Smith and his partner Laurie Lazer finally obtained a formal lease to the alleyway from the City of San Francisco, which officially closed it off to traffic at the symbolic price of $1 a month. 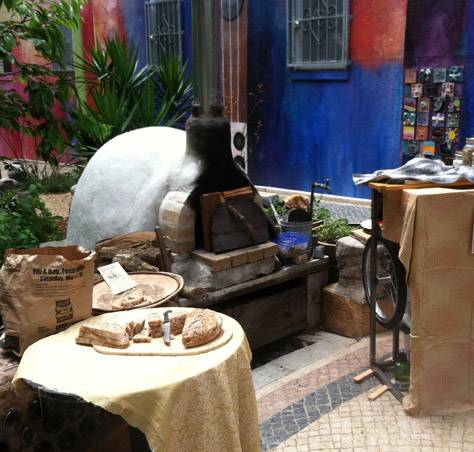 Breadbaking in the wood-fired oven during the 2012 Luggage Store Gallery exhibition, Streetopia.

The creators of the Tenderloin National Forest within this space describe their mission: “…to build community…to encourage the flow of images and ideas between the diverse cultural communities…to reduce inter-group tensions and to work towards dispelling the stereotypes and fears that continue to separate us,” and they do so by fostering this space in which many kinds of intersecting community activities can take place. The Tenderloin National Forest hosts musical performances and experimental art projects, a wood-burning oven, and community services such as free clothing repair. 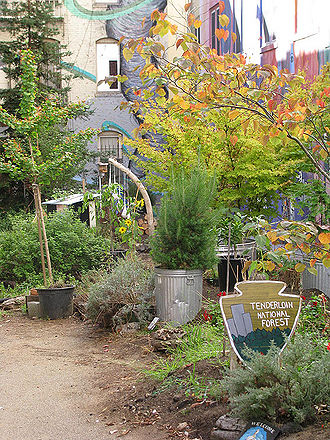 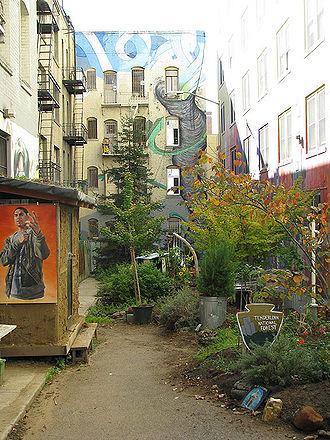