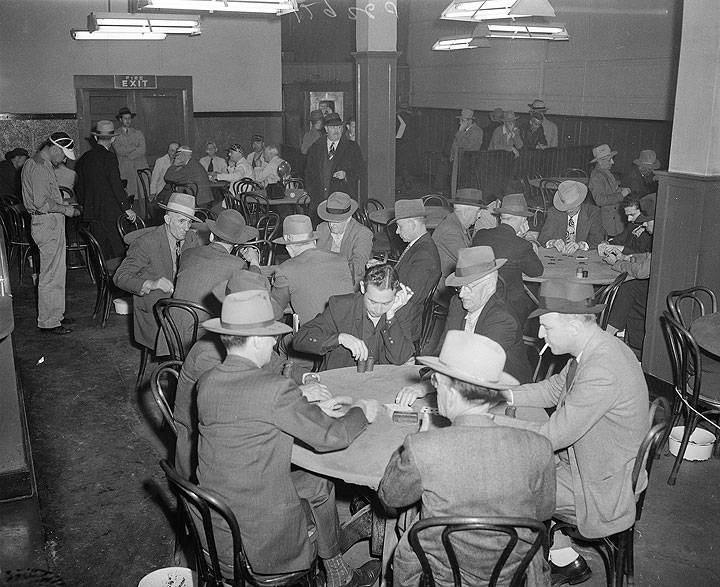 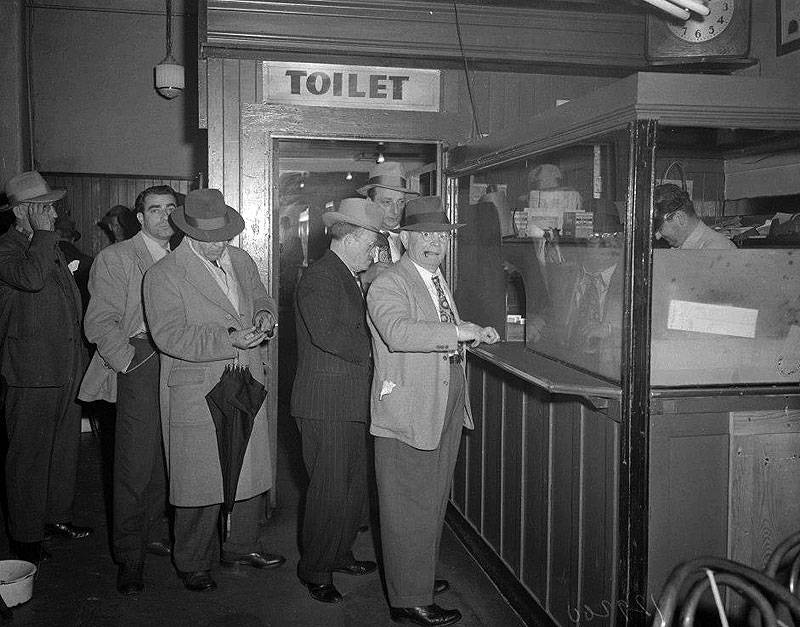 During the last years of Prohibition in the early 1930s, gambling houses dotted the neighborhood, from Bones Remmer’s Menlo Club on Eddy Street, the old Tivoli Opera House on Mason, the Kingston and Chad Milligan’s. Cards, dominoes, dice, and betting the races were all easy ways to throw money around in the hope of a quick killing. 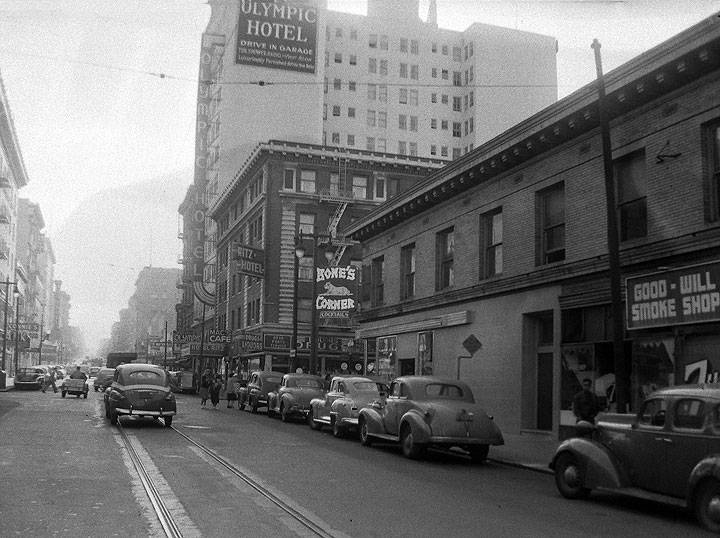 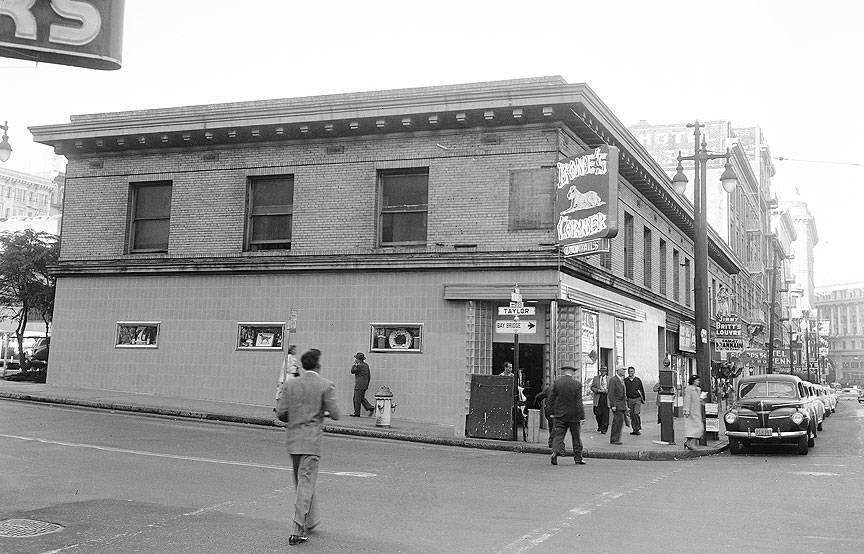 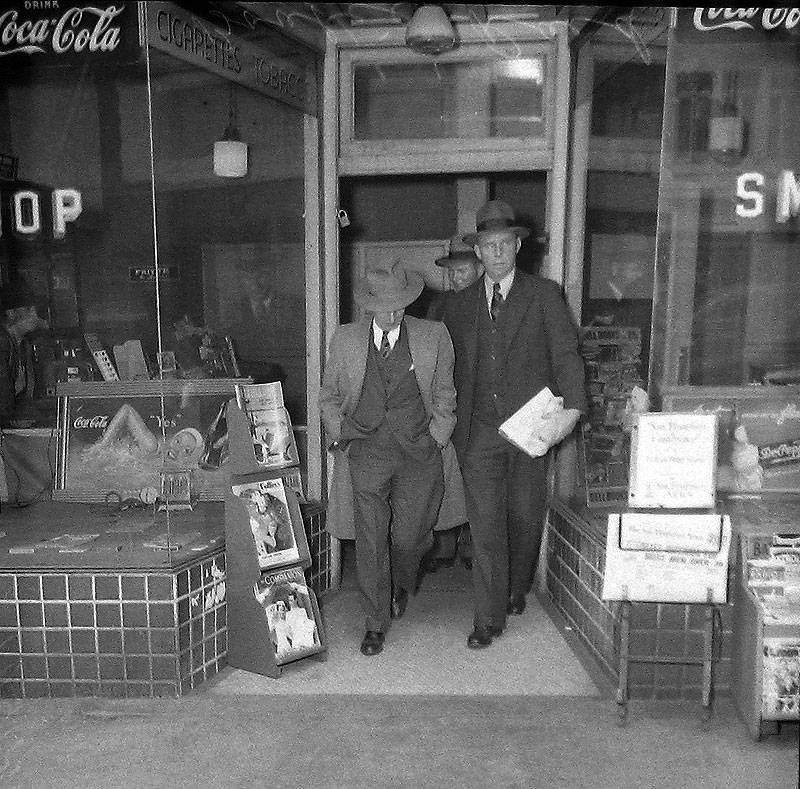 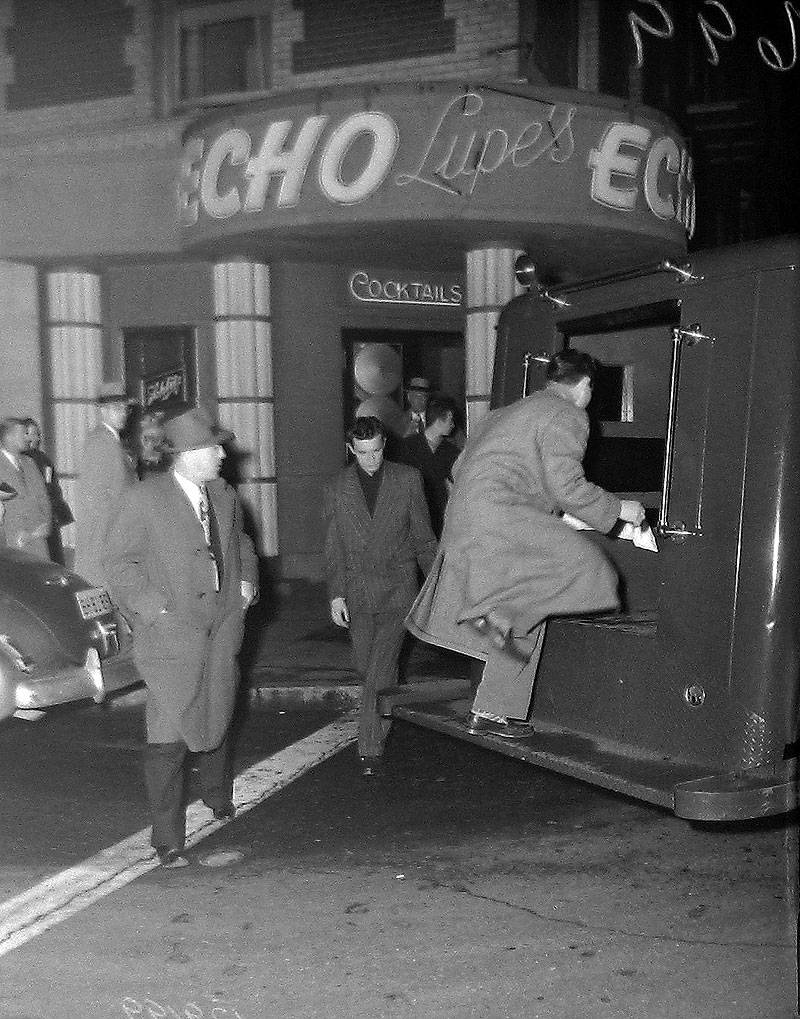 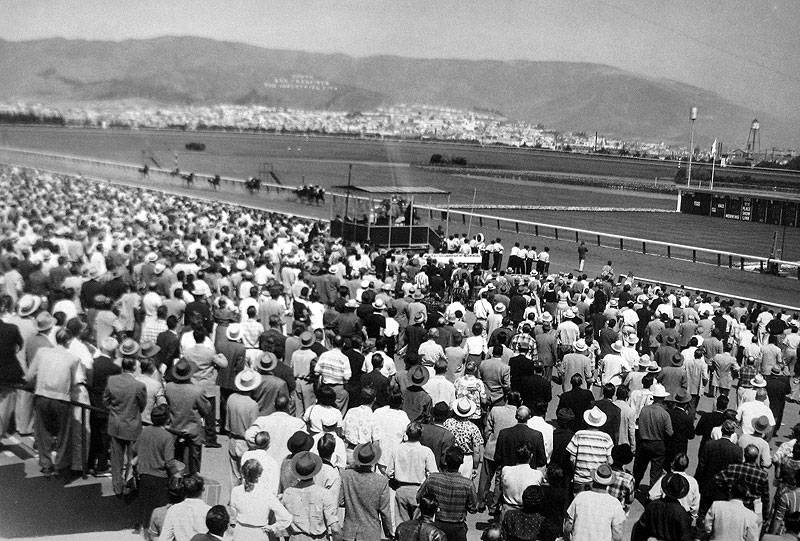 Down the peninsula daily horse races filled Tanforan Race Track (now a mall, and for a brief and dark period, an internment camp for Japanese Americans during 1942) and Bay Meadows, while across the Bay horses raced at Golden Gate Fields; all three tracks were watched closely by the bookies working the Tenderloin from an ever changing array of apartments, bars, and storefronts. More bets were laid on the greyhounds at the regular races held at the Bay View Dog Track. 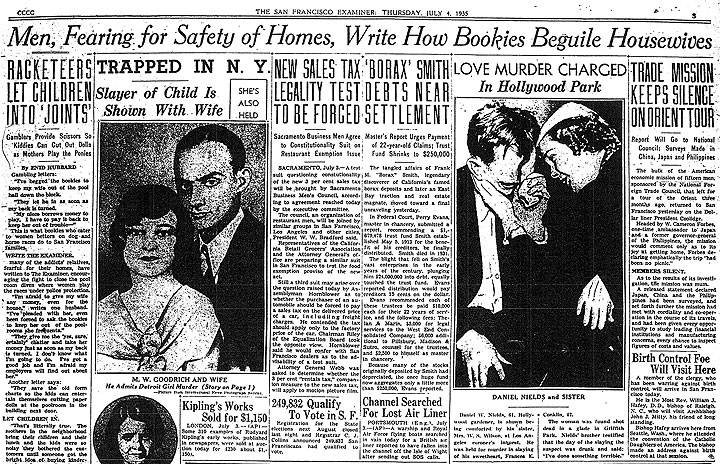 A 1935 series of salacious articles focused focused public attention on housewives who used their food money, or the money for a needed new coat to gamble on the local horse races. The Examiner headline July 2 proclaimed “Women Neglect Homes to Bet on Ponies; Shopping Money Sacrificed.” Once again women who failed to be dutiful mothers and wives were made into evidence of moral depravity, worthy of public humiliation and grounds for stepped-up social control and repression. 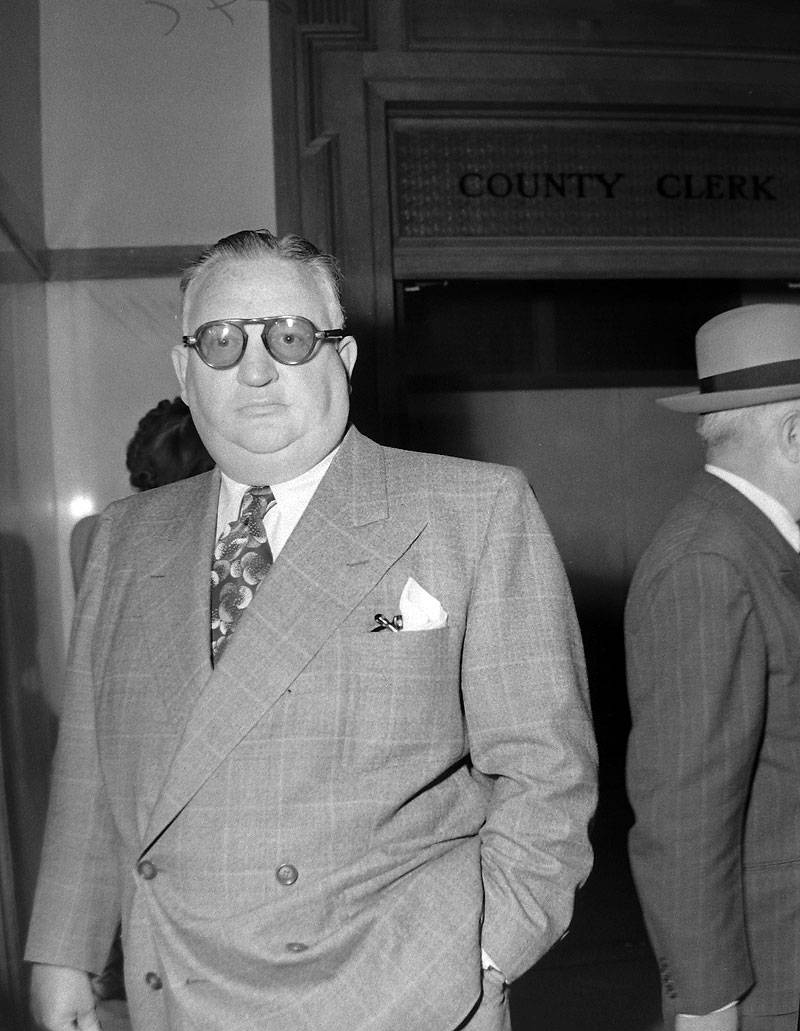 During his long career as a gangster (reputed to be an associate of mobster Lucky Luciano) and gambler, Remmer operated card rooms in San Francisco and in unincorporated areas of Alameda and Contra Costa Counties. He operated the Menlo Club and later “Bones” Corner in the Tenderloin. While he managed the Cal-Neva Lounge at Lake Tahoe in the 1940s, the Nevada State Tax Commission warned him to “put square dice and new decks on the table.” He was eventually sent to prison for income tax evasion. When he died in 1963, the underworld mourned the loss of the “big daddy of Northern California gambling.” 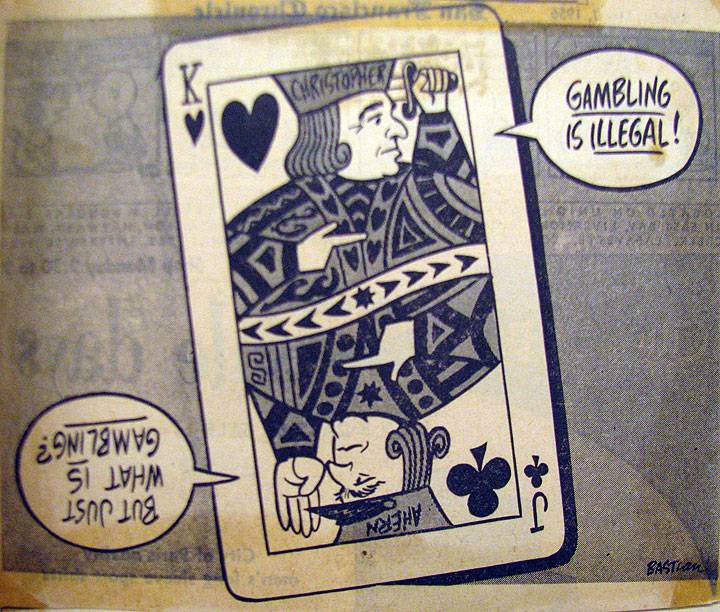 Political cartoon in SF Examiner, with the split Mayor Christopher on top and Police Chief Ahern at bottom, c. 1956.