June 1st 2014 marks the 100th birthday of the Tenderloin's first and only surviving movie theatre, a site which has been all things to all people over the past ten decades, but which few San Franciscans remember to include in their rose colored reminiscences of the ever diminishing list of such single screen entertainment venues, and whose long and checkered history is probably unknown to most of the pilgrims working there today and/or its customers.

For 65 years it was the Larkin, for the past 35 years, it's been the Century, now more familiarly known as the New Century.

Just one hundred years ago, unnoticed by the Chronicle or any major San Francisco newspaper, the Larkin was opened by an entrepreneur named Joy B. Rothschild, whose enthusiasm was apparently not matched by her business expertise or bankroll, or both, because it shut down just a few weeks later, fell into new hands, reopened and then closed again. Finally, in early 1916, Charles and William Goodwin stepped forward, installed a new ventilation system and a Wurlitzer organ, printed a monthly calendar for customers to take home, and the Larkin was finally off and running. 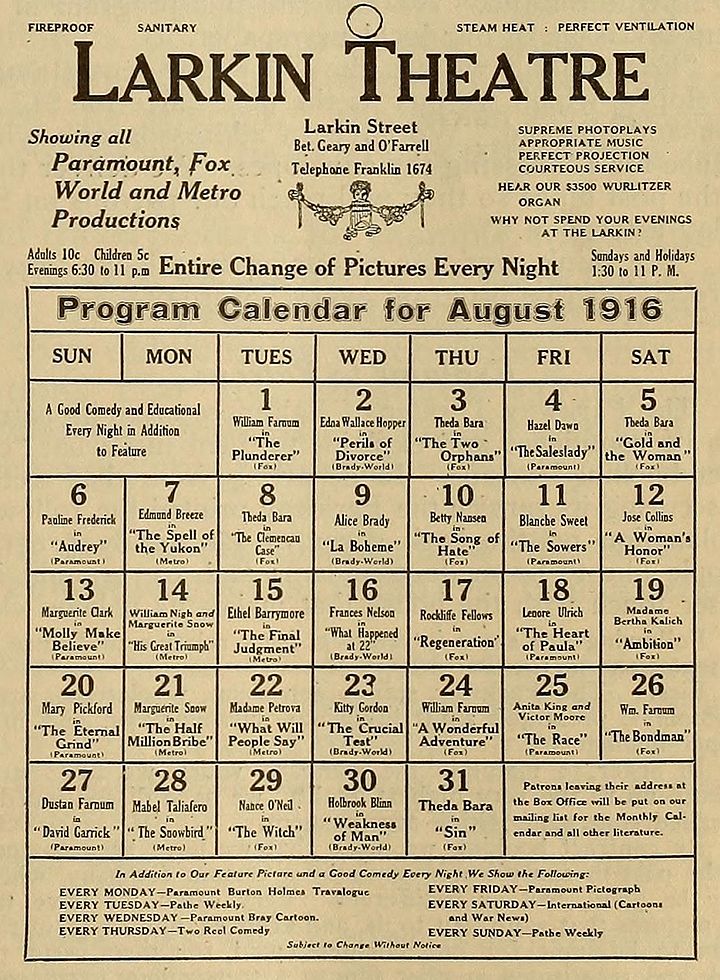 Features changed nightly and admission was 10 cents, so for less than a dollar, you could go to the movies every night of the week, and for $3 see thirty major studio features each month.

By the 1930s, many major changes in movie-going had taken place. The introduction of sound in 1929 was soon followed by the importation of features from Europe, with English subtitles. In 1935 the former Regent on Fillmore and Clay was renamed the Clay International, and was so successful showing films imported from outside the USA, that its operator, Herbert Rosener, took over the Larkin three years later, and there introduced the same policy, with equal success. Suddenly, the Larkin was no longer a little known neighborhood flea pit, but a major player in the San Francisco entertainment scene. 40,000 Horsemen was an Australian import deemed important enough to premiere simultaneously at both the Larkin and Clay in January 1942. 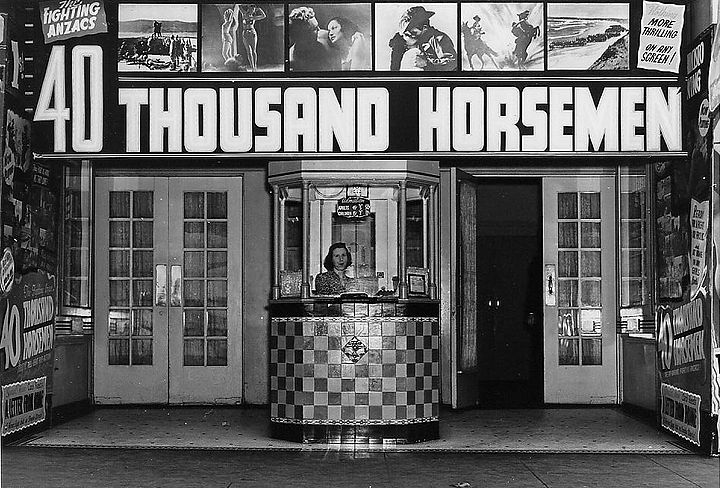 By the end of World War II, things just got better. The movie-going public, bored with the Production Code controlled domestic output, sought films closer in touch with real life, involving people and situations that Hollywood was forbidden to portray, foreign films were the new rage, and the Larkin was the place to see them. Never on Sunday (1960) ran an incredible 35 weeks, Diabolique (1954) 24 weeks, and La Dolce Vita (1961) 18 weeks. The little Home Made Belgian Candy Store next door sold the world's greatest fudge along with other treats that further enhanced the evening's experience. 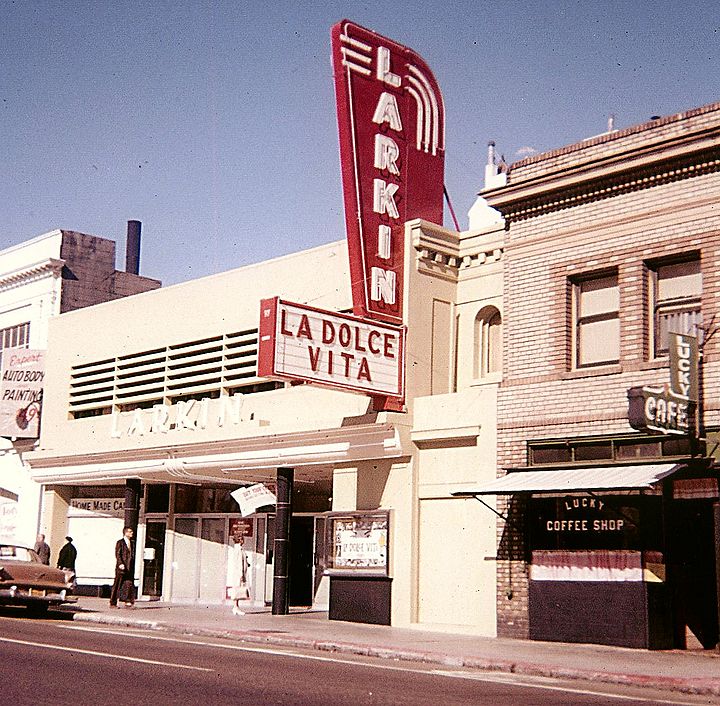 "Those were the days my friend, we thought they'd never end..." as the song goes, but by the late 1970s, Hollywood had abandoned the Production Code, "Anything Goes" was the new order of the day, and the glory days of foreign films eventually faded into history. The new kid on the block was christened "Adult Films" and another new era had begun. Live shows were part of the act, and audience participation, to put it politely, was included in the ticket price. 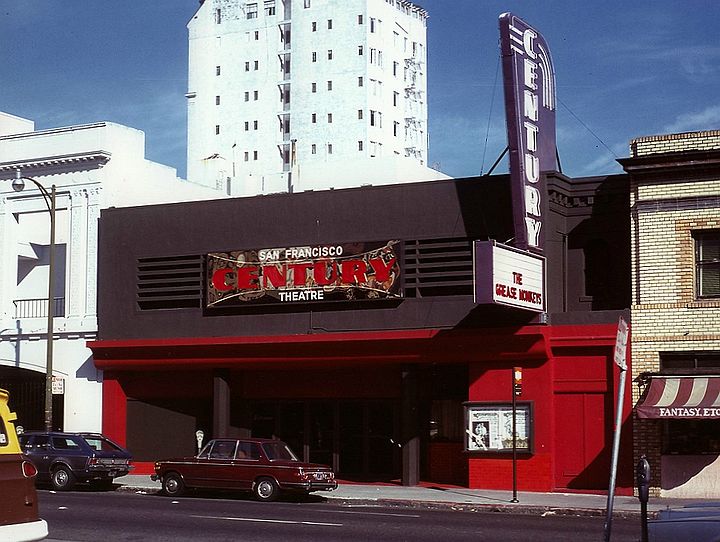 In 1979, the Larkin was renamed the Century, and reopened with an all gay policy of combined film and live entertainment, but for one reason or another, this formula failed to click; eventually switching to a straight format turned out to be the right move, and 35 years later the Century maintains its status, and celebrates its 100th birthday, as a San Francisco entertainment destination, the details of which, as you might expect, can be found on their website.