Temple of Light and Flowers

From the original promotional brochure for the National Electric Light Association convention, 1915. 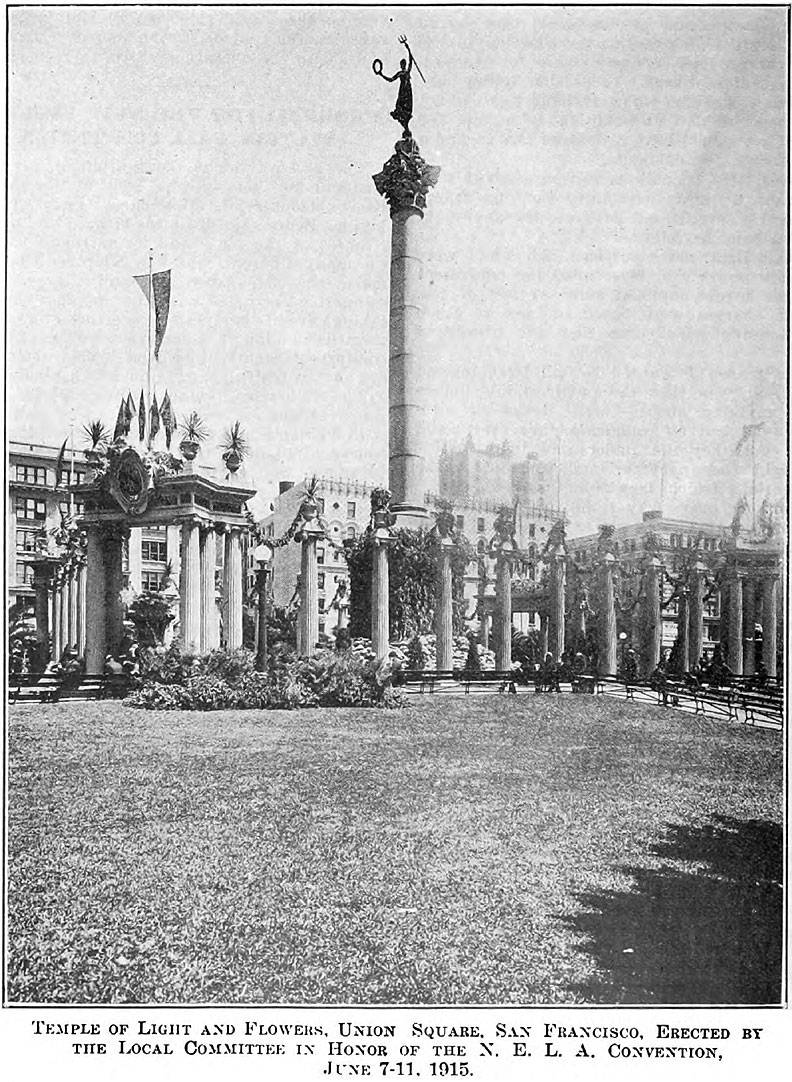 This Temple was erected [in Union Square] by the local committee as a welcome to the National Electric Light Association. It consists of a rectangular Italian Colonnade of the Ionic Order, held together by pavilions in the corners. Hundreds of hydrangea in full bloom, ranging in color from cream to deep pink, banked around the base of the Dewey monument and in the large urns in the pavilions, as well as the small urns surmounting the columns, form the basis of the floral decorations. This is supplemented by masses of drooping eucalyptus around the subbase of the shaft and on the caps of the pavilions. These green banks are studded with Novagem jewels, the same as used on the Tower of Jewels at the Exposition.

The top decoration is also emphasized by dracaena plumes. The pavilion and colonnade urns are further beautified by the use of lotus piliorynchus vines. The garlands spanning the intervals between the capitals of the colonnades are of black oak leaves. In the intervals be between the columns, and flanking the large urns in the pavilions, Belgian boxwood pyramids, ranging in height from 5 to 7 feet, are used.

The illumination consists of concealed flood lighting with mazda lamps in white and red. The flowers, flags and transparencies are featured, and strong illumination is projected on the interior of the enclosure. The exterior of the pavilion is carried entirely by extraneous light projected chiefly from the St. Francis Hotel. No special attempt is made to feature the monument, which rises softly from the beautiful floral mass. The base of the central floral display is trimmed with Ledtostsermum. This is also used for screening the lamps and reflectors from view.

Each of the small shrubs standing between the columns is lighted by two 60-watt red lamps concealed at its base. Three 40-watt lamps, one red, are used in each of the flower vases surmounting the columns. The four large corner vases each have three clear and one red 150-watt lamps. Two 150-watt lamps illuminate each flag. The orange-red glow from the glass panels of the corner entablatures is produced by four 100-watt lamps at each corner. Each of the glass centers of the four cartouches bearing the monogram of the N. E. L. A. is illuminated with two 100-watt lamps. The firefly effect in the shrubbery about the base of the monument comes from the “Nowagems.” Hundreds of these are hung in the foliage. The illustrations of the Temple on pages 398 and 400 show excellently the floral decorations by day and the spectacular illuminating features at night. The installation bids fair to be permanent.

The architecture of , the Temple is due to Reid Brothers; the floral effects were devised and carried out by MacRorie-McLaren Company; the jewels were furnished by the Nova gem Jewel Company, and the color decoration and illumination were planned by Mr. W. D’Arcy Ryan. 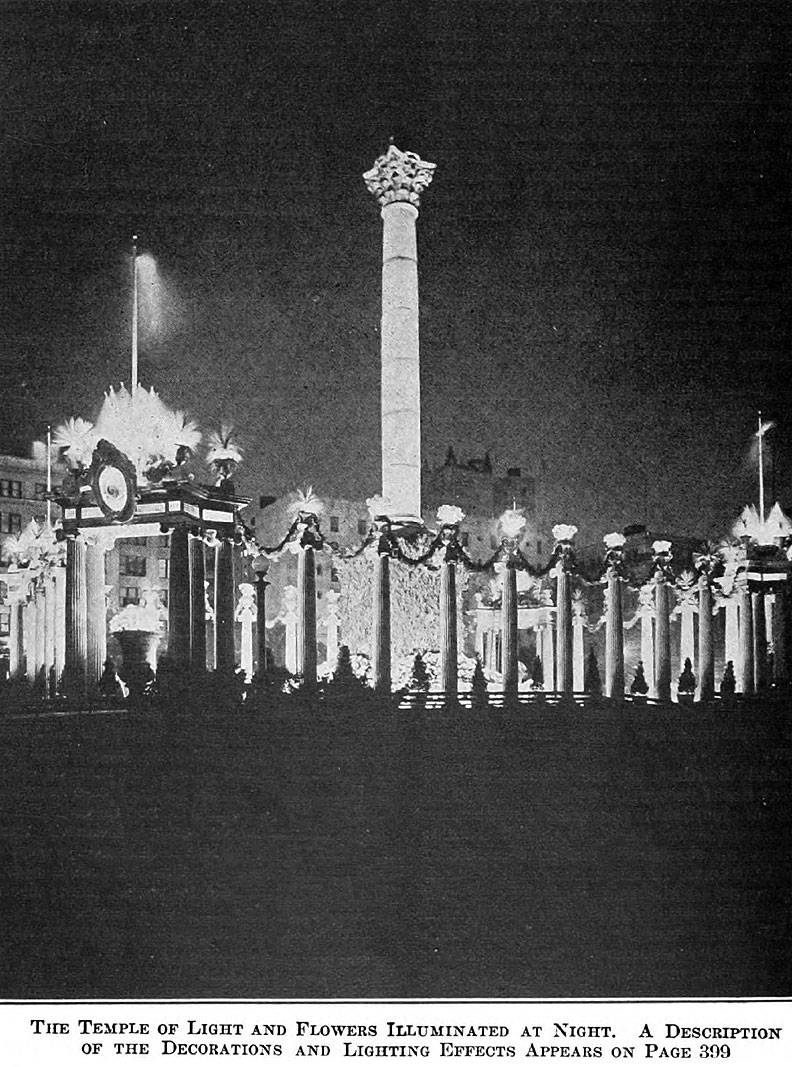