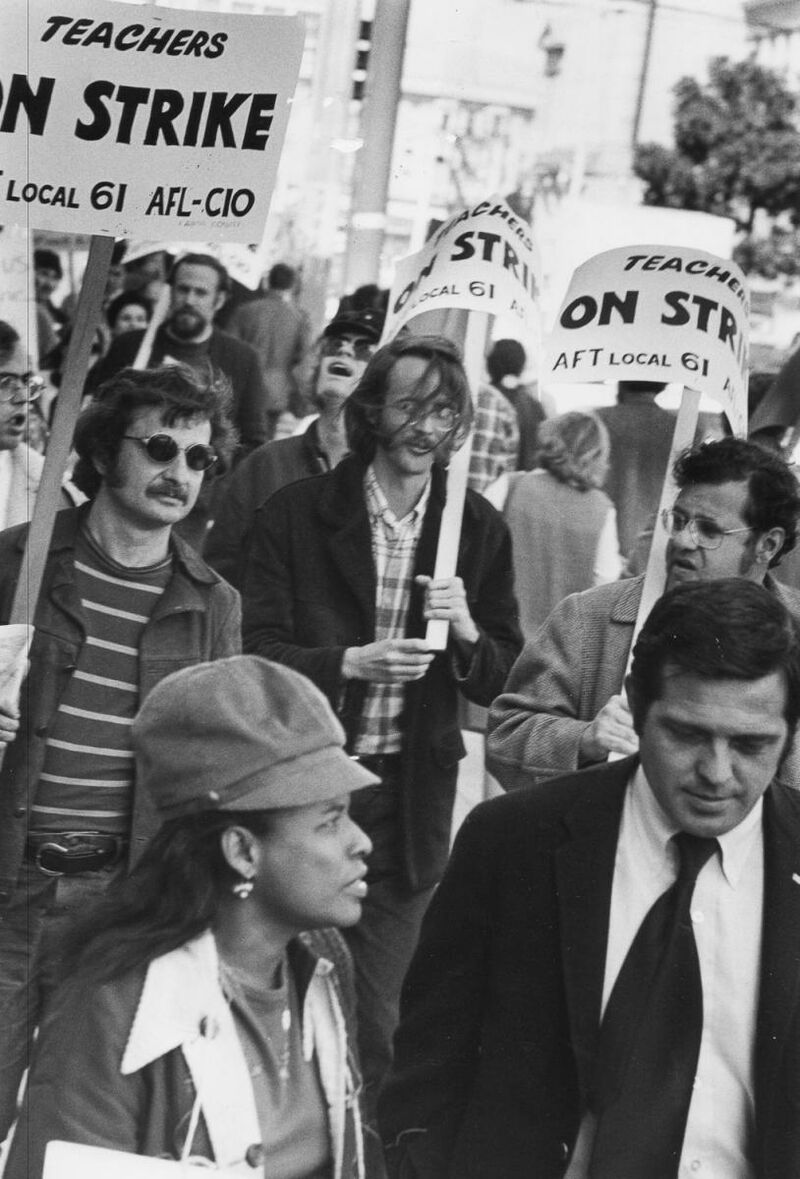 The San Francisco Federation of Teachers, Local 61, has led four strikes. Three of them came before the existence of collective bargaining for educators. Only one, in 1979, came under the rubric of the Rodda Act. The strikes were in 1968, 1971, 1974, and 1979. Each one was longer than the previous one.

That strike saw a commitment to affirmative action hiring to integrate the teaching corps, the added benefit of a dental plan, pay raises, and a limit on class sizes.

The strikes of 1971 and 1974 were longer, four days and seven days, and less productive.

The strike of 1979 came after San Francisco Unified tried to make sense of Proposition 13. Over 2,000 teachers were laid off, cutting back to people with 10 years of seniority. Lay-offs for about 1,000 were rescinded and the final thousand were to come back on a temporary basis, subject to dismissal any day by the notification of the human resources department.

That strike took place at the beginning of the school year. As it dragged on support wavered. When teachers went back into the buildings, the superintendent added another destabilizing element, massive transfers that moved many teachers all around the city. As a result of the strike most of the final thousand laid-off teachers were brought back to work on permanent status.

Two years later, the SFCTA won a decertification election and Local 61 did not represent teachers in San Francisco until 1989.