A large parade up San Francisco's Market Street had been organized by the Chamber of Commerce and the conservative business establishment to drum up patriotism and support for U.S. entry into the European war (WWI). In addition to the war in Europe, U.S. troops were already gathering at Nogales to invade Mexico in pursuit of Pancho Villa, Irish immigrants were busy raising money and arms to support Irish independence, just three months after the Easter Rebellion in Ireland, a bloody strike on San Francisco's waterfront had killed a man and left dozens injured only a month earlier. At 2:06 pm, as marchers were entering Market Street from Steuart, a bomb exploded, killing ten and critically injuring 40 more.

A militant San Francisco labor leader, Tom Mooney, his wife Rena, a radical worker named Warren K. Billings, and two others were soon charged with the crime. Then District Attorney Charles Fickert had been elected in 1909 with a secret fund of $100,000 put up by United Railroads, a company formed in 1903 when Patrick Calhoun bought up most of the city's streetcar lines and merged them into one company. One of DA Fickert's first acts was the dismissal of corruption charges pending against Calhoun, his chief counsel and his chief assistant, thereby ending the famous graft trials which had brought down political boss Abe Ruef and previous Mayor Schmitz. 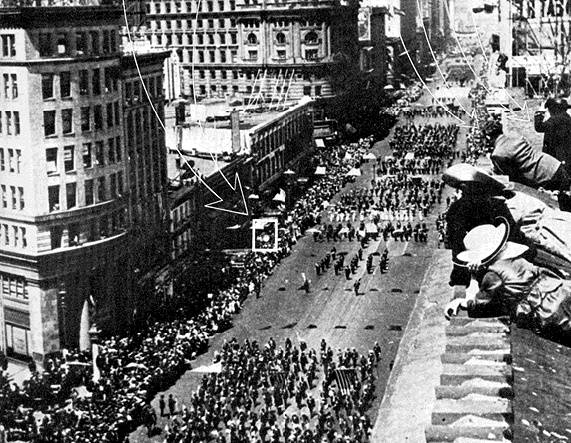 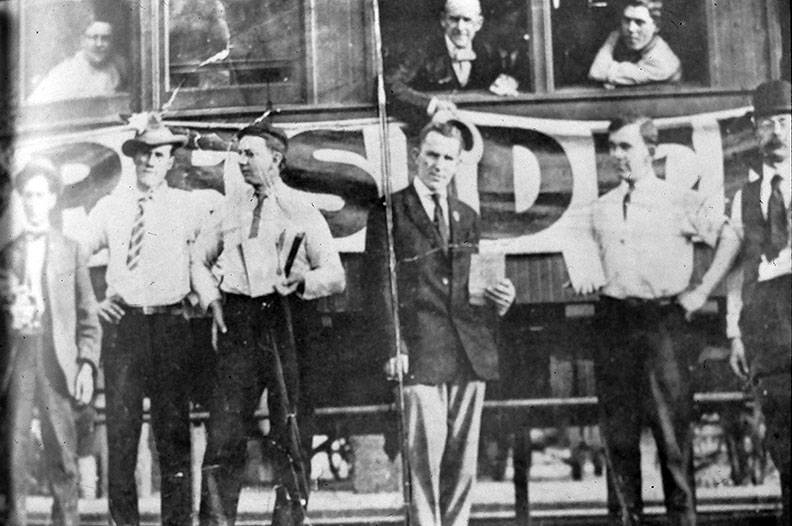 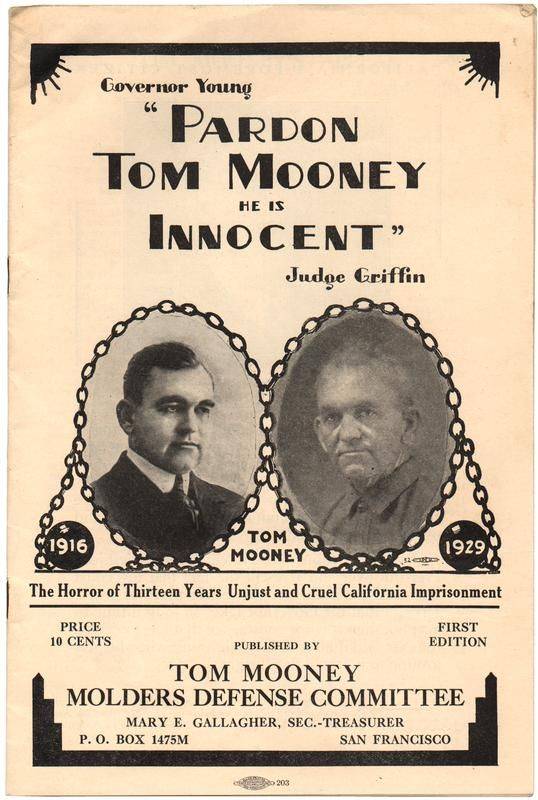 One of the many efforts to publicize the Mooney case, this one in 1929. 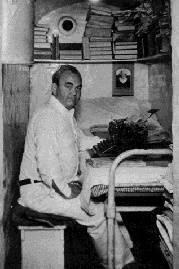 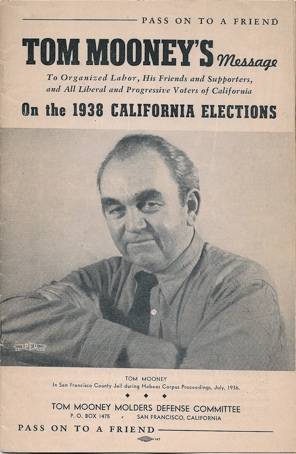 Agitational writing in 1938 that successful led to Mooney's pardon in 1939 by new Governor Culbert Olson.