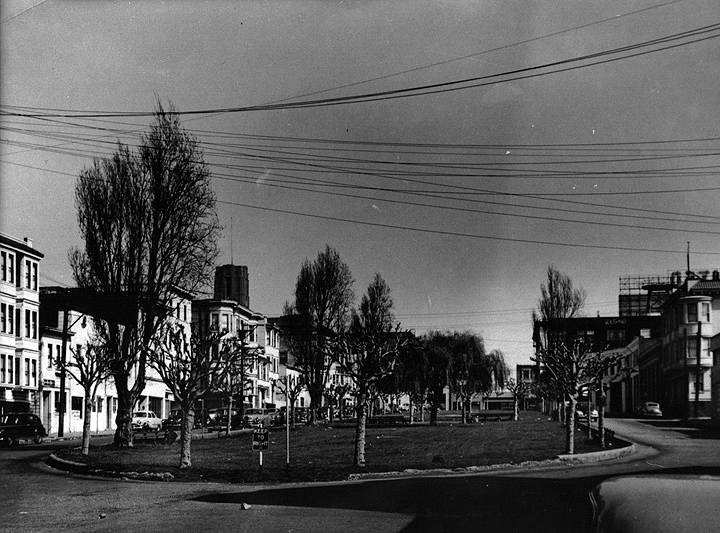 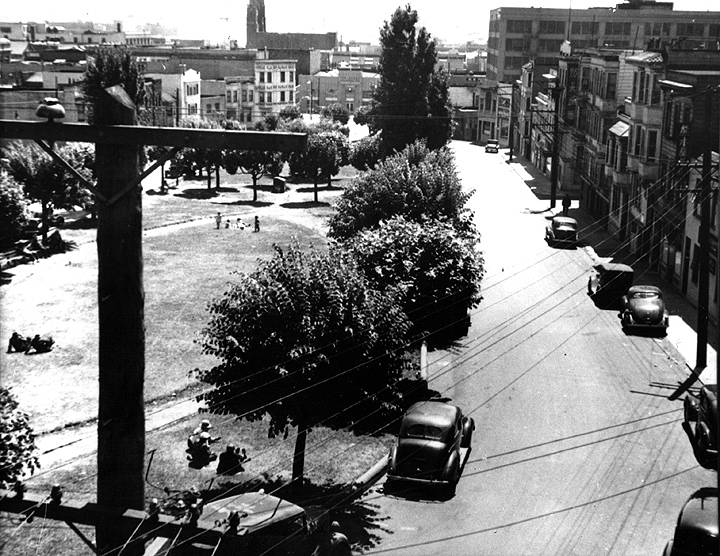 Gretchen Hildebrand tells layers of stories about the history South Park. Originally recorded for the 2004 Audiozine "Long Ago and Right Now." 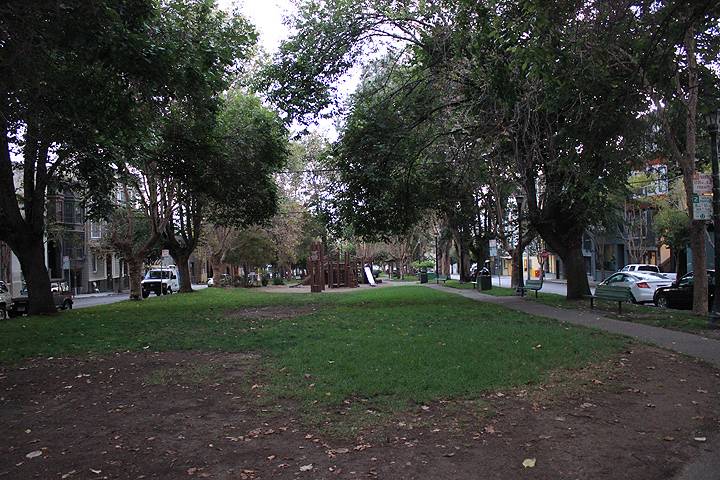 Tacked on the bulletin board in a garage a few doors down from Caffe Centro in South Park is a yellowing page from the Style section of The New York Times. On it, a piece by Trip Gabriel heralds South Park as the Haight of the 1990s, the epicenter of Multimedia Gulch. Over the newsprint, someone with a red marker has written: "TOTAL BULLSHIT ARTICLE." The shop belongs to a man who preferred I not publish his name ("Some people like the attention, but not me"), and who protested those, like the owner of Centro, Max Applegarth, who called him "the Mayor of South Park." Still, un-lit cigar in mouth, he acted as ambassador to the "real people" of South Park, none of whom, by the way, work in multimedia.

"The turning point for making the place nice again, at least to look at, was when Bob moved in," he says, "in June of 1985." Bob is Bob Voorhees (a coffee merchant who was brought in to the restaurant business by his partner Catherine Allswang) who opened the upscale South Park Cafe that year. A later partner, Katherine Hagen also participated in opening the more recent addition, Ristorante Ecco, at 101 South Park. Both locations draw a well-to-do, menu driven clientele, filling the oval block with luxury sedans at mealtime. 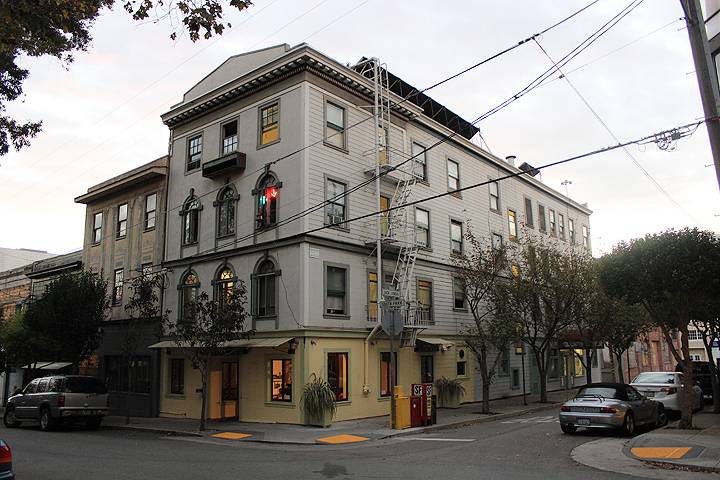 "I remember when this was a great place to hide a car. You could have a car with four flats and just leave it sitting there," muses Jeff Sand, who moved in eight years ago. Sand and his wife Larissa, an architect, own a successful metal shop and live/work studio they call South Park Fabricators. "When I moved in there was what we called the eternal flame," he adds, "it burned perpetually right in a pit right in the middle of the block."

Between the early days of the mansions and the upscale scene today lies a history absent from the books and the recent press: the fact that South Park was once the home to several generations of African-Americans.

"We never deserted this place. The city deserted us," says Emile Wheeler, a block dad and African-American who remains in his garage at Third and South Park. "They city had other plans for it." Chilling with him in front of the talk shows was Martin "Arnold" Jass, also black, who told me he grew up here but doesn't feel welcome anymore. "I can't even bring my children down here. They can't go to their own park ... I walk up there and I feel like they see me and they're ready with the n-word, you know? I just come back here to see the godfather [Wheeler]. He's an icon. He's the only one left." Wheeler, whose retirement fund appears to be his parking lot, sips his afternoon cocktail and tells me that I got it right, that the softball team known as the South Park Gators did indeed win the league championship last year. "But, you see, all the players live in Richmond now. They still call themselves the South Park Gators though, and come around here celebratin'." Jass listens to Wheeler and wags his head. "That up there," he says, motioning with his head, "that is not South Park."