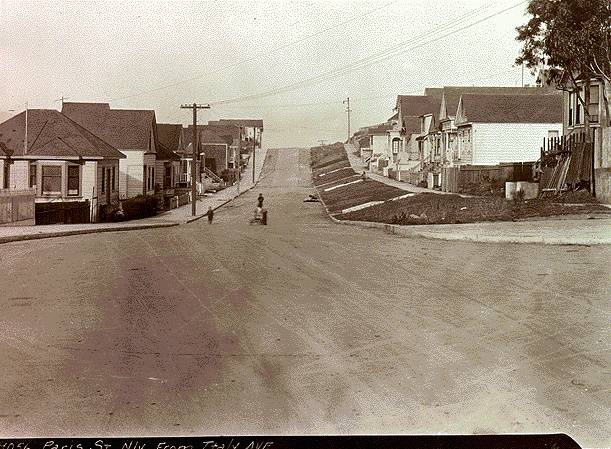 Early days on the Excelsior's exotic-named streets. Here we look northward along Paris from Italy Street in the late 1920s. 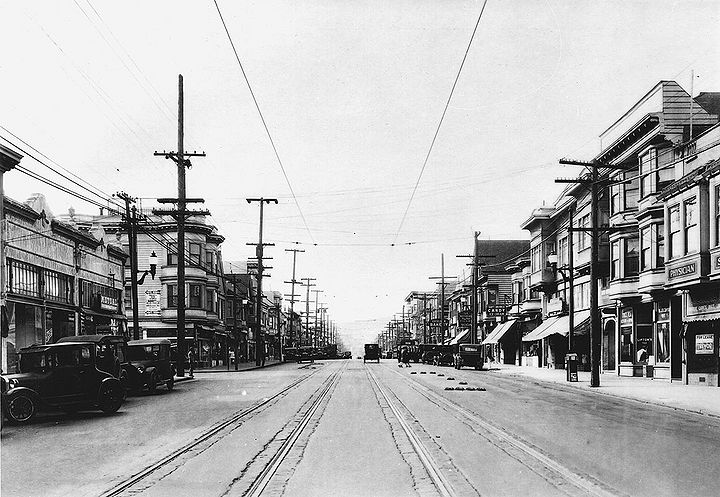 Baltimore Way is the last street in San Francisco as you head south toward Brisbane and into the San Bruno Mountains. At least that's what we thought as kids. You see, Brisbane street signs were blue with white letters and San Francisco street signs were white with black letters; and though Canyon Drive (the next street over the hill from Baltimore) was etched in suburban blue, our street--the twisty, windy Baltimore Way--was San Francisco black & white all the way. We weren't suburban kids; we were city kids because our zip code and street sign told us so, and that provided us with an intangible sense of pride.

But we weren't really "city kids." The Crocker-Amazon district, a cozy neighborhood in the City's southern tip that shares its borders with the more widely known and decidedly more urban Excelsior District, appeared on the surface to be free of "inner-city" problems. No bums, no dirty sidewalks, no muggings or murders, and definitely no minorities "complicating" social life in this neighborhood with streets named after famous cities throughout the world (Paris, Munich, etc.). At least, that's what everyone living there wanted to believe.

When my father, a mixed-blood Italian-Filipino went to apply for one of the spanking new homes sprouting up all over the San Bruno mountains in the late 1950's, the salesman for Sunstream Homes--the contractor building the new neighborhood of "Southern Hills," a community of identical homes that would later be immortalized in the song "Little Boxes" -- made a point of informing him that the sales staff would "keep the niggers out of the neighborhood, you can be assured of that." A comforting thought to the aspiring white working class, but not altogether truthful. There was a black family in the neighborhood; they lived down on Curtis Street, and in the racially intolerant climate of the early 1960's they had to swallow their pride and just take all the racist shit on the chin. And there were also families like ours, who could conveniently hide our ethnic heritage so that we could fit in with all the white catholic, republicans on our block. 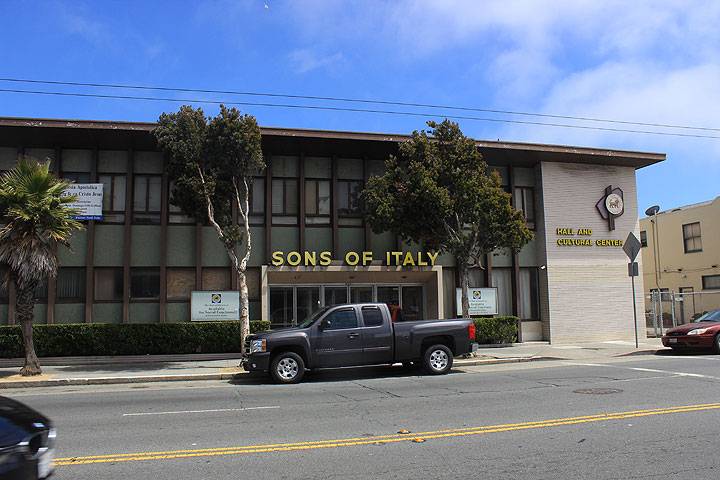 Sons of Italy hall on Mission Street in Excelsior, available for rent in this July 2014 photo. 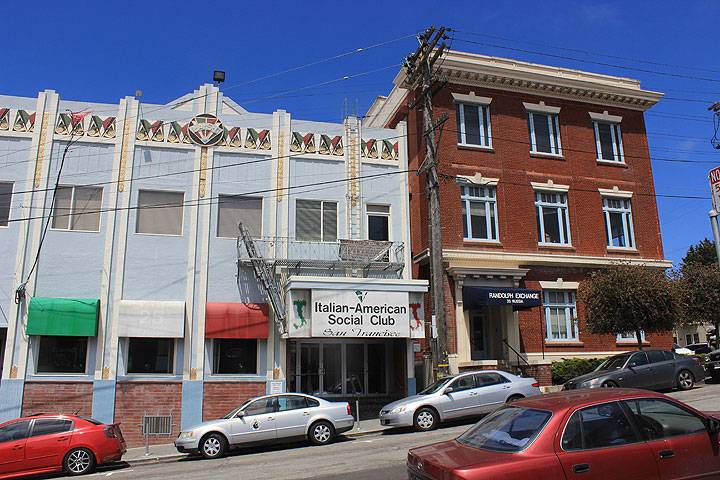 And for a good number of years, Southern Hills and the Crocker Amazon became the "white flight" haven developers hoped it would be. On a sunny Sunday afternoon Baltimore Way was filled with healthy boys with crew-cuts riding their Schwinn Stingray bikes, young girls making mud-pies, Dads mowing their backyard lawns, filling the air with the trebly blare of a Giants' games blasting out of transistor radios, Moms in the kitchen cooking dinner, and everything seemed safe and very American-dream like. But that was just the surface, because there was no shortage of hate and bad vibes floating around. 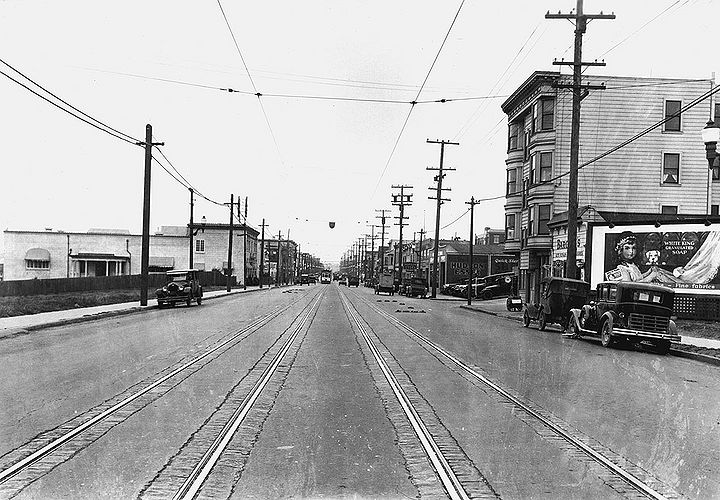