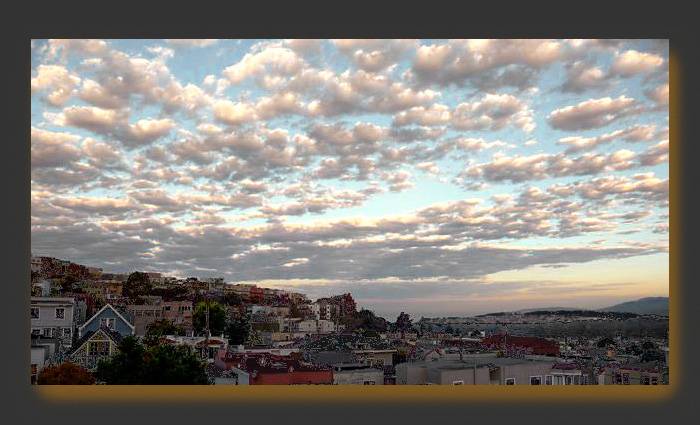 Sunset Heights in San Francisco is roughly bounded by Lincoln Way on the north, Fifth Ave to Judah, over to 7th Avenue on the East, Taraval/Dewey Streets on the south, and 19th Avenue on the West. An inner portion of it is also called "Golden Gate Heights". The southeast segment is the "garden/park housing development called Forest Hill. Around the nexus of 9th and Irving and Judah folks primarily identify as being "of the Inner Sunset," as it is heavily commercial, half due to the impact of the giant UCSF Medical Center...just east of Judah Street, centered on Parnassus Ave,...the eastern extension of Judah Street.

The overarching character, otherwise is residential, with only the occasional corner store clusters, and those, sadly, are fading away...

1. SHARP, the Sunset Heights Association of Responsible People is based at 1738 9th Avenue. It began in 1910, as the Sunset Heights Improvement Club, at that same site, which its members had the foresight to "pass the hat" to raise the money to buy their own 50 X 120 foothold of two adjoining lots. In August of 2010, SHARP held the dedication of its splendid new building on the northern lot, after selling the southern lot, to pay for the construction. The new building replaced the original, humble, one story structure. (This writer is heavily involved with this Association.)

2. The Golden Gate Heights Neighbors Association started up in the 1970s, to halt developmental destruction. Much of what was saved was through their efforts. At the base of Grandview Park, the eminent writer and denizen of these parts, Harold Gilliam (long-time environmental writer with the SF Chronicle), outlined the value of saving the natural setting. This led to the formation of GGHNA.

William Saroyan, the Pulitzer Prize winning author was a happy resident of Sunset Heights, for most of his adult life. Due to the presence, to the immediate east, of UCSF Medical Center the Sunset Heights area has a clutch of Nobel Prize winners resident here.