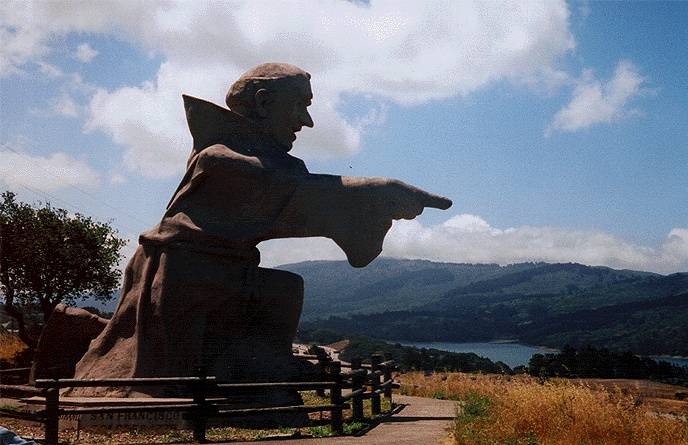 A large monument of Father Junipero Serra looms over the I-280 Freeway and the Crystal Springs reservoir, artificial lagoons holding San Francisco's drinking water right over the San Andreas Fault.

Photograph of the Pulgas Waterworks statue commemorating the completion of the water system that brings water to the City from Hetch Hetchy.

This stone temple has a twin in the East Bay near Sunol; both are dedicated to the completion of San Francisco's publicly owned water system which brings fresh water from Hetch Hetchy in Yosemite 280-odd miles to the city.