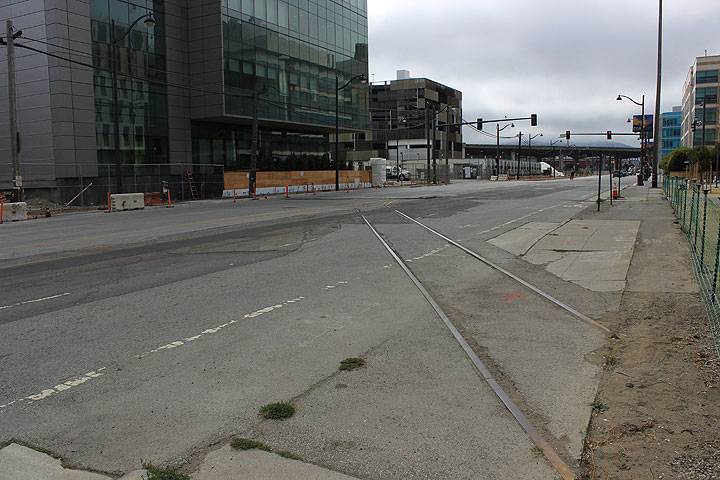 These tracks still crossed 16th Street as the new Children's Hospital was being finished. They once were amidst dozens of tracks, and went into the Southern Pacific Roundhouse (which allowed trains to be switched from one track to another) that occupied the land just west of the new hospital. 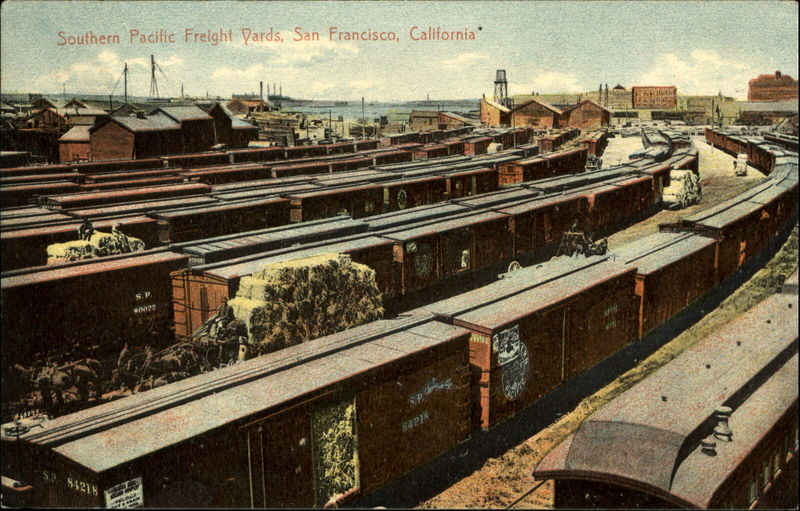 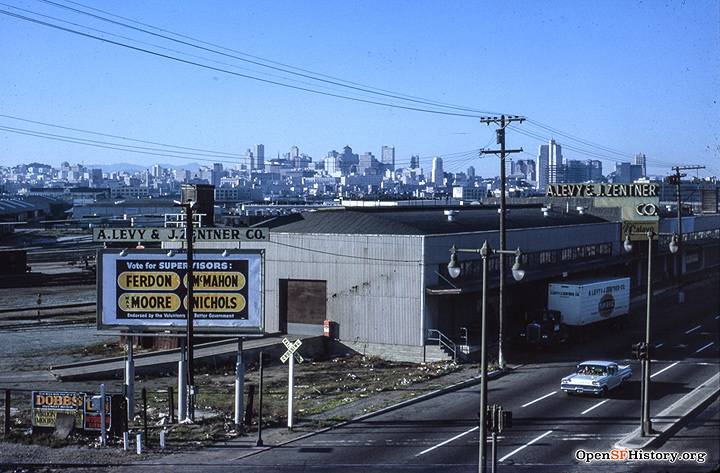 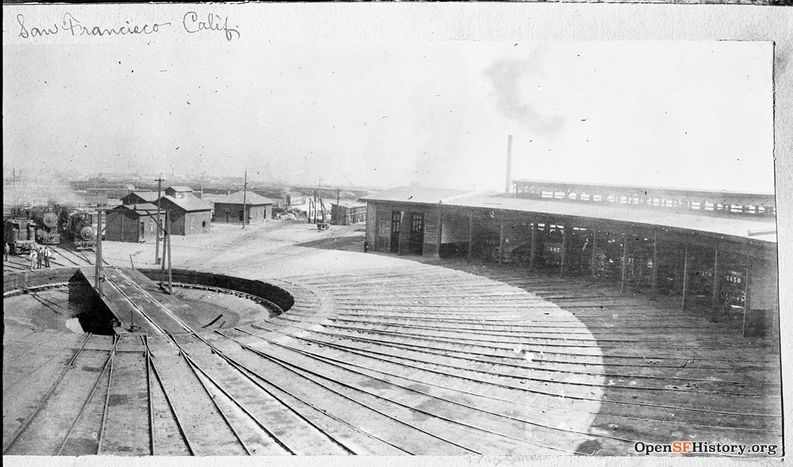 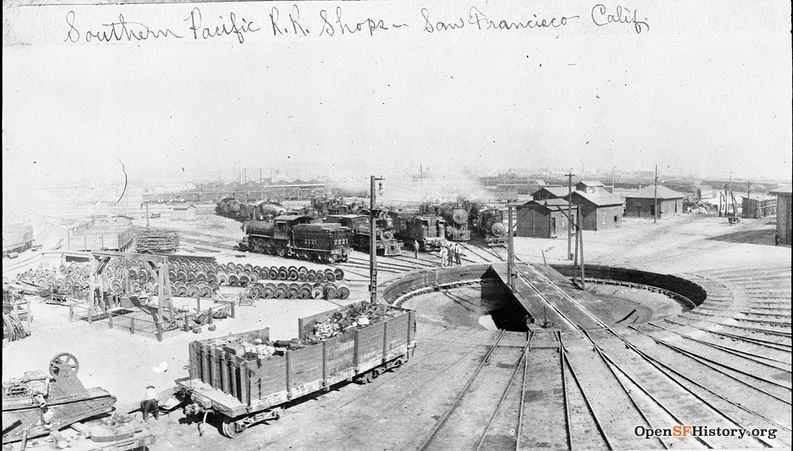 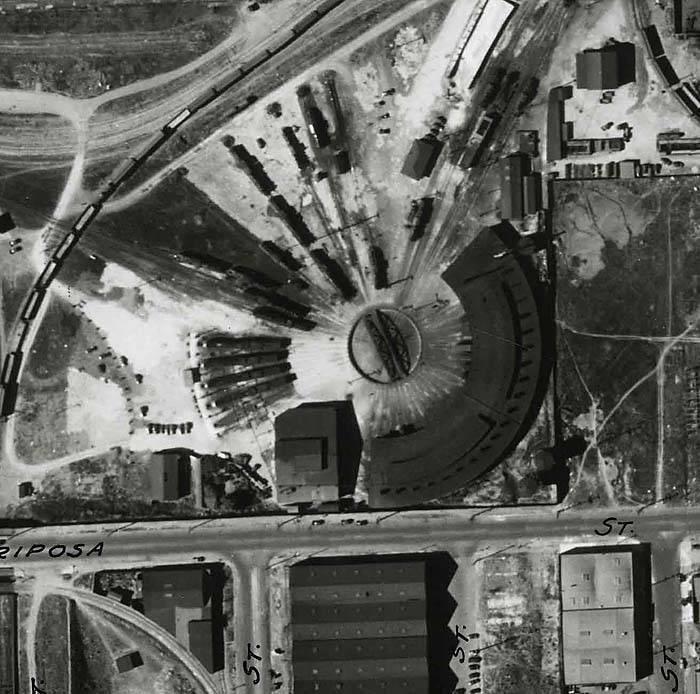 Here is a 1938 aerial photo of the SP Roundhouse; the tracks going diagonally to the upper right correspond to the track in the first photo above. 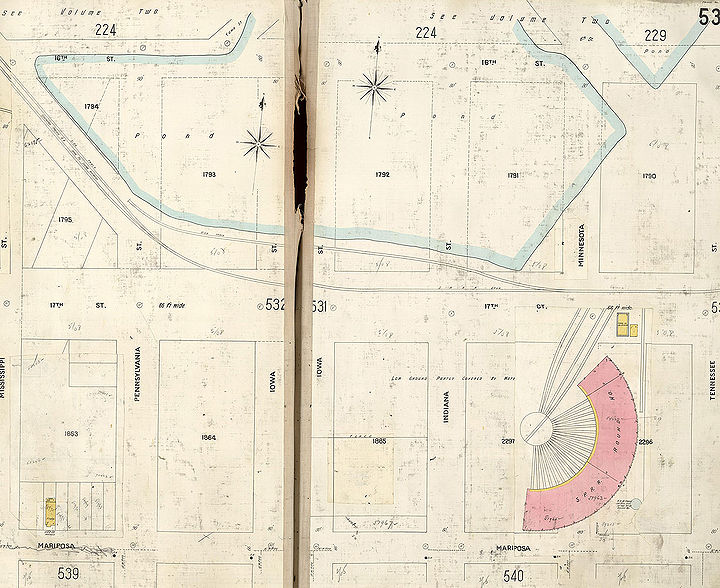 On this 1905 Sanborn insurance map, the SP Roundhouse is clear at the lower right, but remarkably there is still a good deal of Mission Bay in its original watery landscape present in this pre-earthquake rendition.

The Italian neighborhood on Potrero Hill just south and west of the railyards provided many of the workers for the Southern Pacific. Here are a couple of photos from the collection of Alioto/Firpo family: 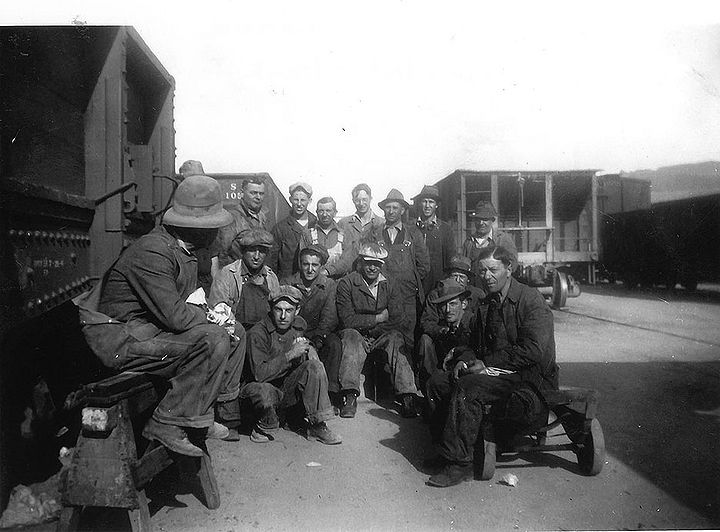 Southern Pacific Roundhouse, 1942. Frank I. Alioto is in the center of the second row. 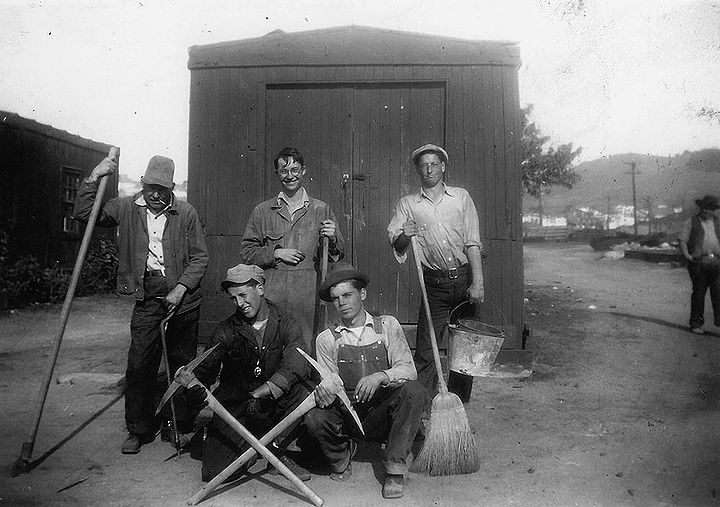