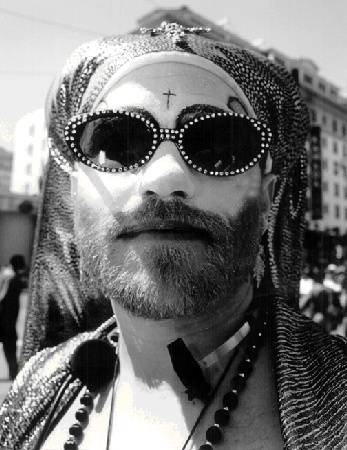 Where The Nun Runs the Men's Locker Room

Jewish Community Center, 3200 California Street. One of San Francisco's most beloved weird characters, Jack Fertig, a.k.a. Sister Boom Boom, works here as the men's locker room supervisor. Sister Boom Boom, who has run for various high offices as the "Nun of the Above" candidate, is the spokesnun for the Sisters--Against Guilt Sisters of Perpetual Indulgence, a group of drag-queen nuns who are in the habit of mocking Catholic solemnity and political reaction. Though a quintessential San Francisco phenomenon, the Sisters were in fact founded in Iowa City, Iowa, on Holy Saturday, 1979.