Singing Our Hearts Out at The Mint 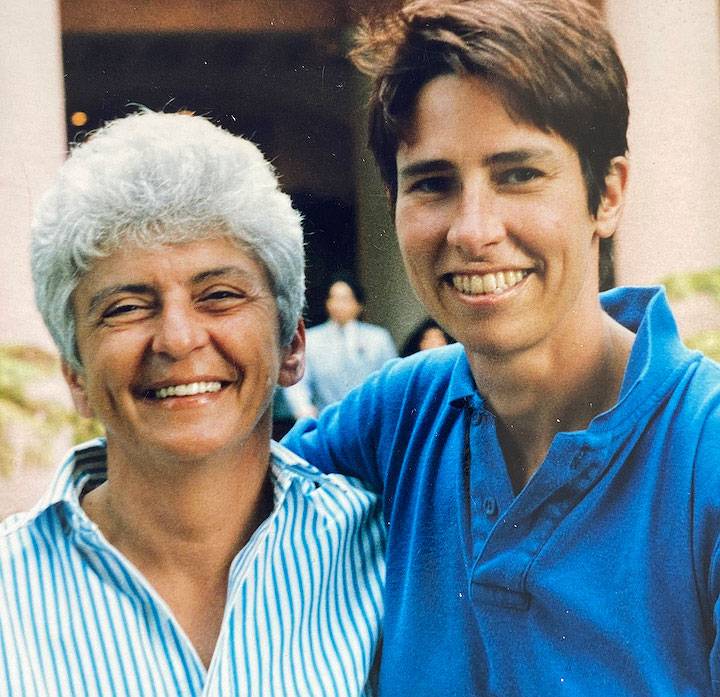 In the 80s, when she was still drinking and cocaine was plentiful, Pat and I used to frequent piano bars in San Francisco.

The Mint on Market Street near the Castro was our favorite, a magical showcase where every night was a surprise. The piano player was a bearded mustachioed man who nevertheless enunciated so clearly that I could watch his lips and learn the words as he sang. Pat already knew the words to the songs in the Great American Songbook. She was seven years older than I, a generational difference in her mind. I had come of age in the 60s listening to rock and roll. She had come of age in the 50s listening to what we now think of as the American standards—songs by Cole Porter, George Gershwin, Harold Arlen, Johnny Mercer.

Prematurely gray, Pat was always seen as older and was often mistaken for my mother and I her son. More than once we were confronted by department store clerks telling her she could not bring her son into the women’s dressing rooms. At Macy’s Pat yelled through the door, “She’s not my son. She’s my lover.” That worked.

Cocaine allowed us to drink and still stay awake till late when singers from Broadway shows would often join us at the Mint. When a star or a known accomplished singer would come in, those of us around the piano would make way for them. The singer could choose any song (the piano player knew them all) and we would transition from a chorus to an audience.

The piano player stayed in a key fit for tenors, which made it hard for me to sing along. I’m not really a soprano and couldn’t quite reach the higher octave. But Pat, who sang tenor in a mixed gay and lesbian group, the Vocal Minority, was in her element. She has a lovely tenor voice—low for a woman.

The Mint was a center of culture for the San Francisco Gay Men’s Chorus, formed in 1978. There were a lot of them—100 had shown up for the first gathering—and they frequented the Mint often, making our musical experience especially rich. 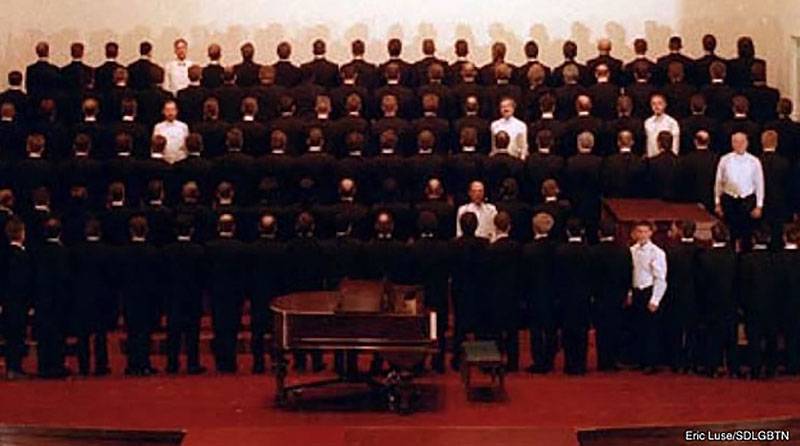 Cocaine also made me talkative and I enjoyed chatting up guys at the bar. Piano bars still held a vestige of the previous gay generation, men who had had to hide their sexuality to keep jobs and live in the straight world. They seemed less exuberant than their younger brothers, quieter and more formal. They still spoke in gay code. They might refer to themselves as “friends of Dorothy,” but the words gay and homosexual were never spoken. You might find working class guys--a painter or gardener--sitting at the bar. I loved learning their stories.

One night I struck up a conversation with one of the younger guys, a well-dressed man in his thirties. I began asking him about his life. What drew him here? He said his lover had been a singer with the chorus and that his lover had died the month before. I kept asking. He kept answering. I learned that not only had his lover died but his three best friends had all died recently. I asked for details and he delivered. Maybe he was grateful to have someone to tell this to. I hope so. But for me it was too much to take in. So much tragedy all at once! What does one do with this news? I put my arm around his shoulder and thought to myself that I would be a bit more cautious asking questions in the future. I needed to protect my own heart from this clutch of pain.

In San Francisco in the 80s and 90s the “wasting disease” framed our culture. One of the singers in Pat’s group, a young man in his twenties, had been diagnosed with AIDS and had died only two weeks later. Castro had become the street of sorrows. Fragile men walked with the aid of canes and were pushed in wheelchairs. The local gay newspaper, the BAR, published the names of the dying weekly. We anxiously scanned the pages for our friends’ names. I learned that our favorite piano player, the guy with facial hair from whom I had learned the words to so many songs, had died. His name was Frank Banks and he hailed from Albuquerque where, as a teenager he had become pianist at the First Baptist Church. He had moved to San Francisco in 1974. 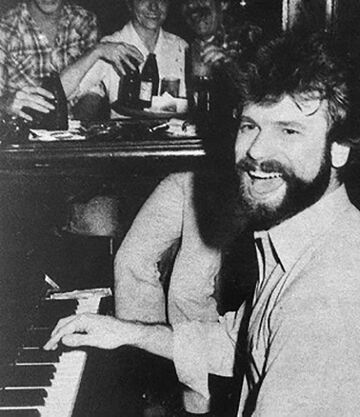 The San Francisco Gay Men’s Chorus has over the years lost more than 300 members to AIDS. In 1993 they took a photo with the seven still living members dressed in white shirts and the others with their backs turned to the camera, representing those lost to AIDS. In the 80s and 90s the chorus became a place for gay men to grieve together the loss of their brothers. Today the chorus still lives and continues to entertain audiences in San Francisco and around the world.

The Mint was one of many gay bars in the city owned by lesbian businesswoman Charlotte Coleman, who opened her first gay bar in San Francisco in 1958. It evolved into a karaoke lounge in the 90s and it’s still there. But I never went back. I knew it just wouldn’t be the same without the piano and Frank Banks, the piano player.

We never returned to the Mint, but Pat has never stopped singing. The Vocal Minority folded after all the men in that chorus died. Since then Pat has sung in several community choruses and a lesbian quartet called Out On A Clef, but never in another mixed gay chorus.

We both feel lucky to have been part of the flowering of gay culture in San Francisco and particularly at the Mint. It was the best and also the worst of times.