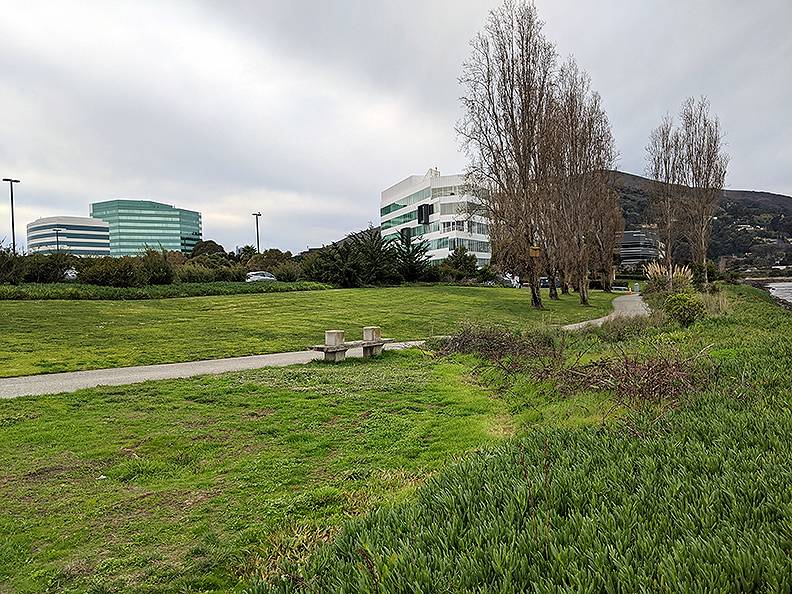 When the original McAteer-Petris Act passed in 1965 to create the Bay Conservation and Development Commission, dumping garbage in the bay would soon be halted. But Sunset Scavenger and the Sanitary Fill Company, recognizing that their existing dump was nearly full, had already identified some tidelands off the eastern edge of San Bruno Mountain at Sierra Point to use as their next sanitary landfill. Millions of dollars was spent to prepare the site and when Brisbane’s City Council tried to reverse their original support for the landfill, Sunset dramatically and publicly went ahead and moved their operations to the new site. Leonard Stefanelli was by then the President of Sunset Scavenger and, egged on by his attorney, was driving the truck that blew through a police barricade: 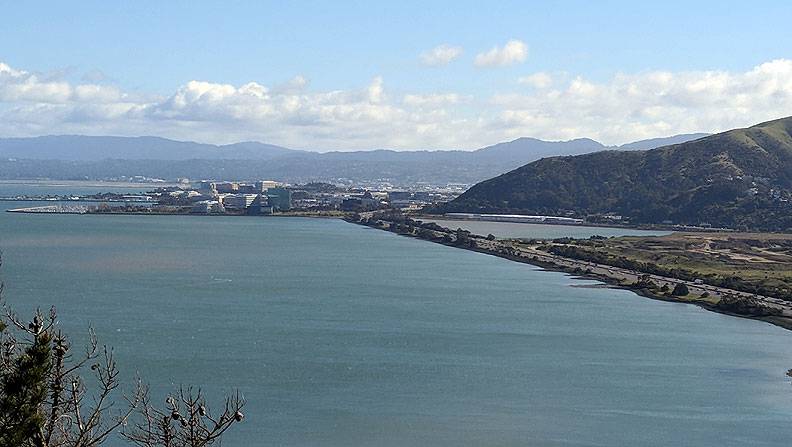 Sierra Point and Highway 101 as it wraps around southeastern corner of San Bruno Mountain, 2018. 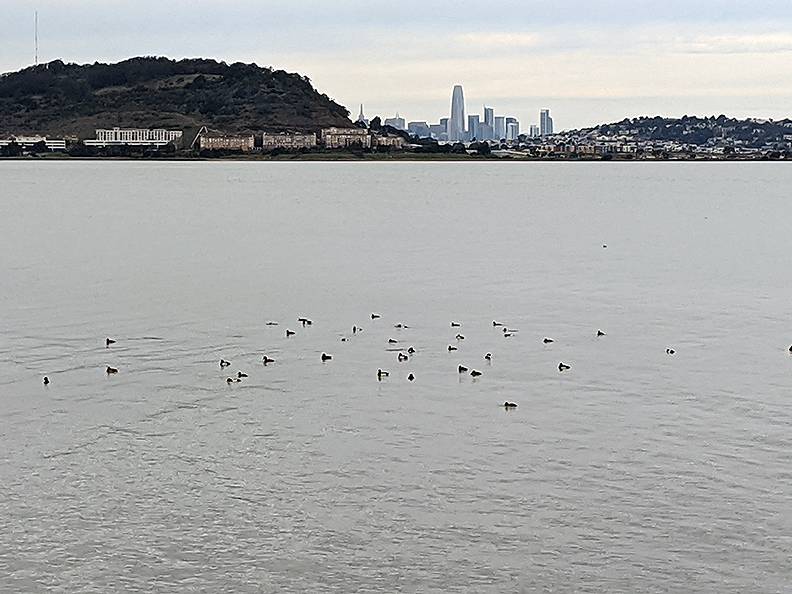 View north from shores of the former landfill at Sierra Point, now an office park. Bayview Hill and Candlestick Point across the water, downtown in far distance. 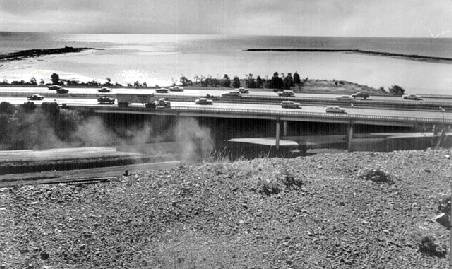 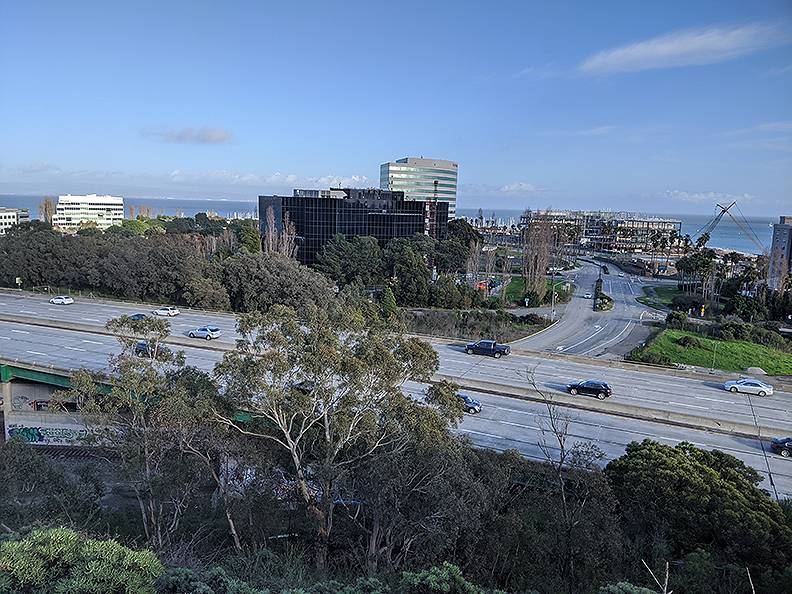 Sierra Point in 2020, viewed from old Bayshore Highway above and west of Highway 101. 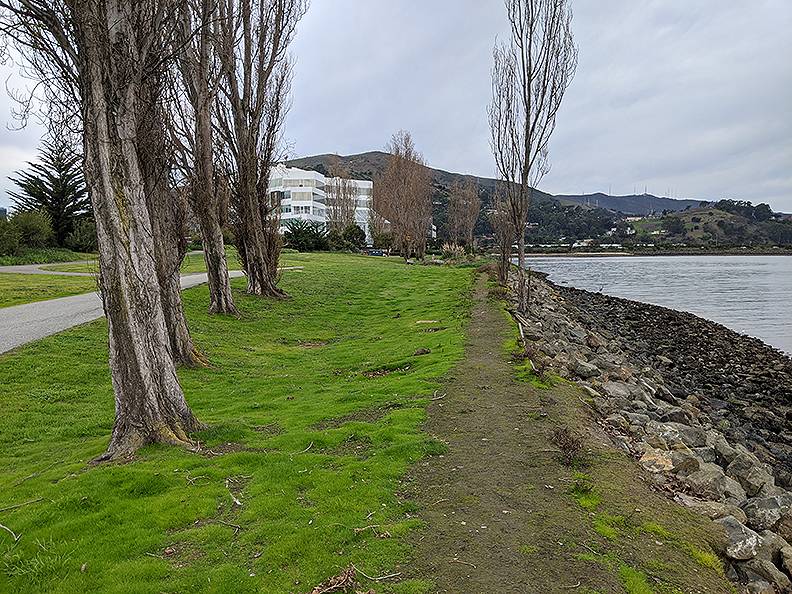 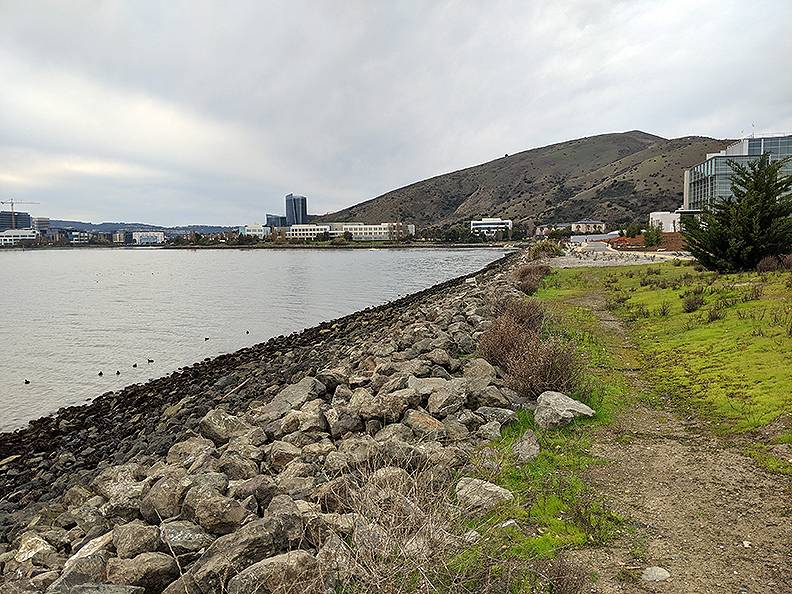