Shrader between Page and Oak 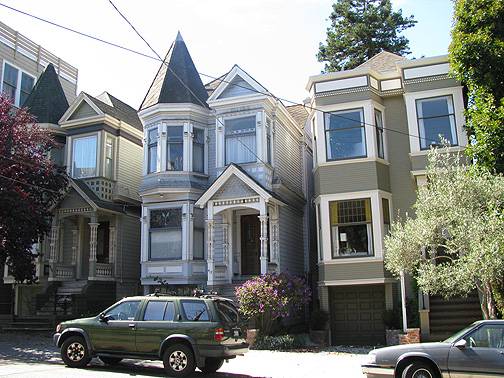 TURN LEFT (NORTH) ONTO SHRADER -- The "Victorian" which modern San Franciscans cherish was not always revered. On the left (west side of Shrader) there are three "tract houses" mid-block. The two houses at 413 and 415 Shrader are pretty much as they were when built in 1890. But the third (at 411 Shrader) was radically altered in the 1930s. Such improvements are common adjustments to the architecture of a neighborhood. Some changes were made for economics (weatherproof siding), others for function (garage). Some of the changes were aesthetic and designed to rid the structure of the ornate millwork of the 19th century and to replace it with the then popular "Mission" and "streamline" styles. The interesting thing about the Shrader row houses is that the modified home probably has more architectural significance than its more stately sisters. It is one of the fifteen houses of San Francisco in which the once omnipresent "roll-a-brick" asbestos siding has been preserved intact. 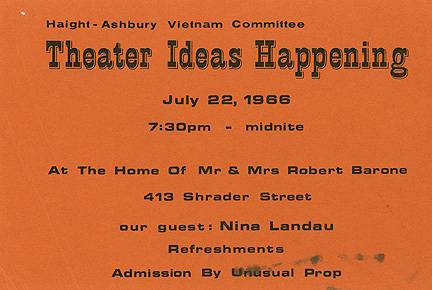