Difference between revisions of "Serpentine Grasslands and Maritime Chaparral" 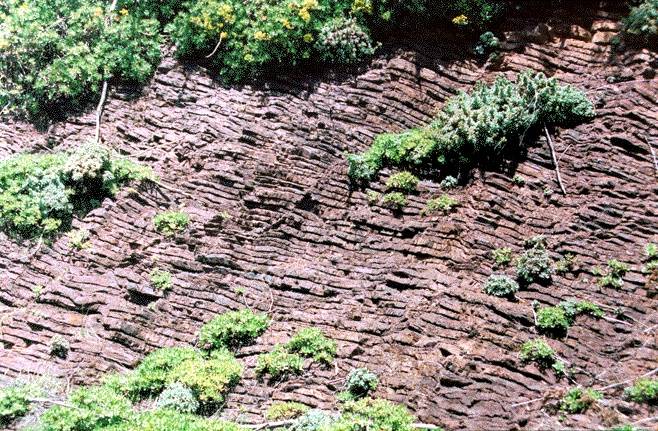 "Developed" hillside provides a clear look at San Francisco's common chert underpinning. After being carved away it becomes ripe for invasion, in this picture being overrun by the exotic French Broom (with the yellow blossoms).

Serpentine outcrops--composed of serpentinite, California's state mineral--were once fairly common in San Francisco, stretching in a band from Hunter's Point and Potrero Hill to the Presidio. You can still see the green-tinted rock underneath the Old Mint at Market and Duboce, but only at the Presidio do serpentine outcrops still support native vegetation.