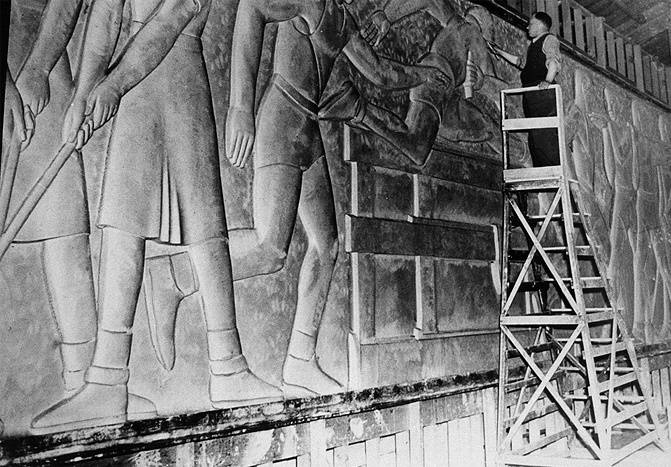 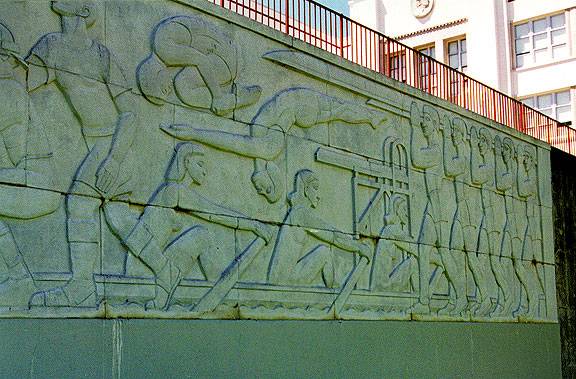 When Sargent Johnson, a former student of Beniamino Bufano, was selected by the WPA to replace Bufano as the artist for the massive relief frieze at Washington High School at 32nd and Anza, Johnson's design had to be submitted for approval to the SF Art Commission, which initially rejected it. Some of the committee members went on record declaring support for the retention of Bufano, whose design they had already approved. Johnson eventually won approval by creating a clay model 12 feet high and 3 feet long.

It is worth noting that while the Art Commission was split on the merits of Johnson's plans for the Washington High frieze, this same group voted, without dissent, to accept Diego Rivera's mural for the yet-to-be-built SF City College Library. This is extremely important to consider in connection with the political aspects of Johnson's dispute with Bufano.

Bufano and Johnson had collaborated on several public art projects for the WPA prior to Bufano's dismissal. Bufano had created two stylized animals carved in brown and black granite, titled "Seal" and "Frog," for the promenade deck of the Maritime Museum, neither of which were installed until 1942. A photo of Bufano working in his studio in 1938 with four of his assistants, including Johnson, accompanies an essay Bufano wrote for Francis O'Connor's anthology of essays by WPA artists (O'Connor 1973). Less than two years after this photo was taken Johnson would literally betray his former teacher and collaborator. 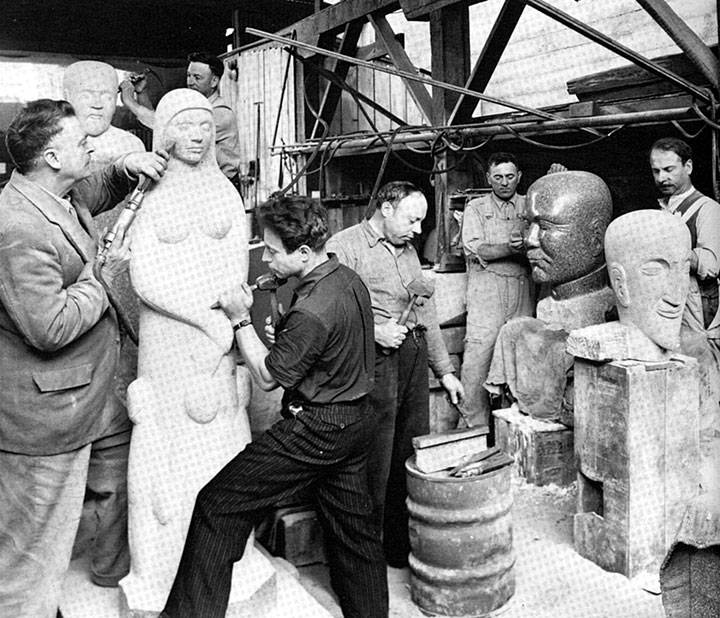 Bufano at work in his studio in 1938, Sargent Johnson behind him to right.

Several commentators have erroneously reported the circumstances surrounding Bufano's dismissal. For example, we are told by Romare Bearden and Harry Henderson that "Johnson's design won him the commission for this athletic frieze... The award outraged Beniamino Bufano... who felt his own design should have won, and ended their friendship." The only truth in this assertion is the fact that their friendship ended.

It is not at all true that Bufano became bitter because he lost a competition to his former student. Rather, what really happened was the Art Commission had already commissioned Bufano to do the frieze, but WPA officials objected to the political content in Bufano's design and assigned Johnson to take over the project. According to Richard McKinzie, Bufano was fired when WPA officials learned that he had used the Marxist labor leader, Harry Bridges, as a model for the frieze (McKinzie 1972). The San Francisco Chronicle reported that "when [Joseph] Allen changed the locks on Bufano's workroom, to impress on him that he was fired, the clay that Bufano was molding into the heroic figures of the frieze became Johnson's to work with." (11/14/40)

Keeping in mind that the workroom from which Bufano was barred had been a training ground for Johnson's development as a sculptor, the official story repeatedly told by politically-naive commentators evades many of the important issues raised by Johnson's betrayal of Bufano (Montgomery 1971; Bearden and Henderson 1993). 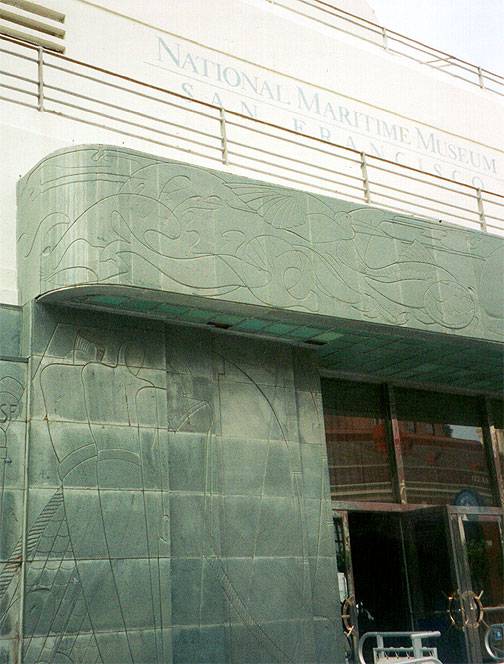 Although Johnson clearly benefitted from his collaborations with Bufano and Stackpole on public art projects, he was highly critical of some of his more politically-minded colleagues, in particular the Coit Tower muralists. His ability to relate to the art establishment, especially collectors, was to a large extent due to his well-known commitment to political neutrality. His opposition to political messages in art places him closer to Locke, rather than Bufano, on questions of ideology and aesthetics.