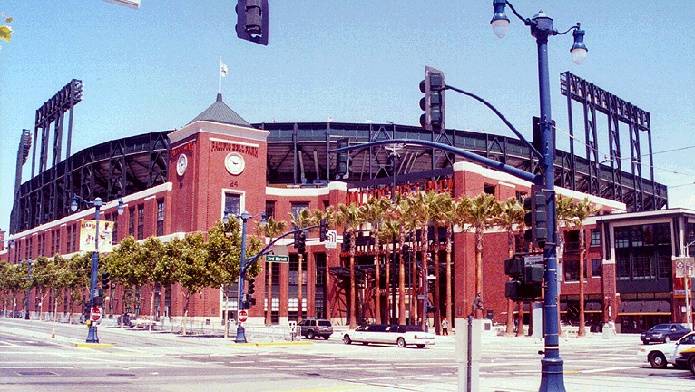 In 2000, the San Francisco Giants opened a new ballpark in China Basin. This marked the beginning of a new era for both the team and the city. The ballpark’s arrival was a huge step in the development of the Mission Bay area. With its proximity to the Caltrain, the ballpark attracted 40,000 people 81 times a year to an otherwise underutilized area. Shortly after the ballpark opened, UCSF opened a Mission Bay campus. Initially described as a “wasteland,” the area now attracts top talent. Tech companies are snatching up office space in the area while their employees fill the new local housing developments. The ballpark was the first major development in the area and the catalyst for change in the Mission Bay/China Basin area. 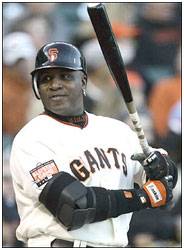 On the field, the Giants began play in their new park led by Barry Bonds. A Bay Area native and son of former Giants star Bobby Bonds, Barry had ties to the area and was a fan favorite from the moment he signed with the team in 1993. Of course, more than the local connection it was Bonds’ performance on the field that endeared him to the local fanbase. In 2001, Bonds hit 73 HRs, breaking Mark McGwire’s single season record of 70. This marked the first of four consecutive seasons that Bonds would win the National League’s MVP award. The Giants failed to make the playoffs in their first season at Pac Bell Park, but went on to win 90 or more games for 5 consecutive seasons after that. Led by Bonds, the Giants had a prolific offense and peaked as a team in the 2002 season when they lost in the World Series to the Anaheim Angels. 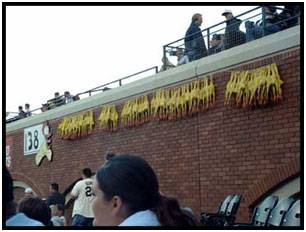 It was a fun and exciting era in Giants history. Bonds was a more powerful and exciting singular force that baseball typically allows. Teams were so afraid to pitch to him that fans began lining the right field wall with rubber chickens each time he was intentionally walked.

Top to bottom, the Giants’ powerful lineup – including middle infielders Rich Aurilia and Jeff Kent – was emblematic of an offense-friendly era of baseball. Homeruns were a dime a dozen, and if it seemed too good to be true that’s because it probably was.

In the summer of 2003, an investigationinto BALCO, a Bay Area sports performance laboratory, found that the lab had been distributing undetectable performance-enhancing drugs to professional and Olympic athletes. Unsurprisingly, Bonds was at the center of attention during this investigation. While it has never been definitively proven that Bonds used performance-enhancing drugs, all evidence points to the fact that he, and many of his teammates, did.

The BALCO scandal resulted in Congressional hearings in which several MLB players testified. Bonds was later convicted of obstruction of justice charges stemming from his testimony, although the ruling was recently overturned. Several other Giants stars –including Benito Santiago and Aurilia - from this era were implicated as well.

This marks an interesting moment in history for it featured federal government intervention into the realm of professional sports. Something about baseball’s records potentially being tainted by perceived cheaters like Bonds really got Congress riled up. Baseball responded by instituting a strict drug-testing policy and the result is a more low-scoring game.

As a lifelong Giants fan, whether or not Bonds cheated is irrelevant. Government hearings and testimonies cannot take away the memories of watching Bonds blast homers into McCovey Cove with my dad. Among the most memorable – and historic – homeruns of all-time came in 2007 when Bonds passed Hank Aaron on the all-time homerun list. Most of the country wants to put an asterisk next to Bonds’ records, while many Giants fans want a statue of Bonds outside the ballpark. A local hero, a national pariah, Bonds seems to fit in nicely with the often-maligned individuals and groups who gained prominence and found acceptance in the City. 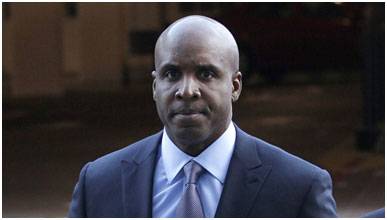 After Bonds’ retirement in 2008, the Giants entered a brief dark period. Other than the development of young pitchers like Tim Lincecum, Matt Cain and Madison Bumgarner, and the drafting of catcher Buster Posey, there was not much to be encouraged about in the post-Bonds era.

In contrast to the teams of Bonds, Kent, and Aurilia, these teams were built around pitching. Long-haired Tim Lincecum was the leader of the bunch. He became a fan favorite for he was not built like a typical professional athlete, standing all of 5’11 weighing 150 pounds, and he had a proclivity to smoke marijuana. Fans showed up the ballpark in droves wearing t-shirts with the slogan “Let Timmy Smoke.” Another example of San Franciscans embracing behavior much of the rest of the country abhors. 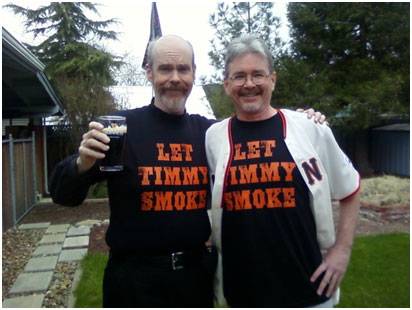 In 2010, Lincecum and the Giants finally accomplished what teams led by Willy Mays, Juan Marichal and Barry Bonds could not. They won the World Series. It was the team’s first championship since moving to San Francisco in 1958. Fans rioted in the streets of the Mission district and over a million people descended upon City Hall for a parade.

It was certainly surprising that this was the team to finally break through and win it all. Characterized as “a band of misfits,” some have called the 2010 team the most unlikely World Series champions of all-time.

That said, it is somewhat challenging to continue to support this narrative considering that largely the same group won another World Series in 2012. Again led by their strong pitching, astute managing by Bruce Bochy, and the calming presence of prodigious young catcher Buster Posey, the Giants claimed their second World Series in three years.

Not to be outdone, the 2014 team, this time almost single-handedly on the strength of Madison Bumgarner’s left arm, won another World Series. Bumgarner was named Sports Illustrated’s 2014 Sportsman of the Year for his performance. With this victory the Giants became only the second NL team in history to win 3 World Series titles in 5 years. For a bit of perspective, the Chicago Cubs have been playing in the NL since its inception and have not won a world series since 1906.