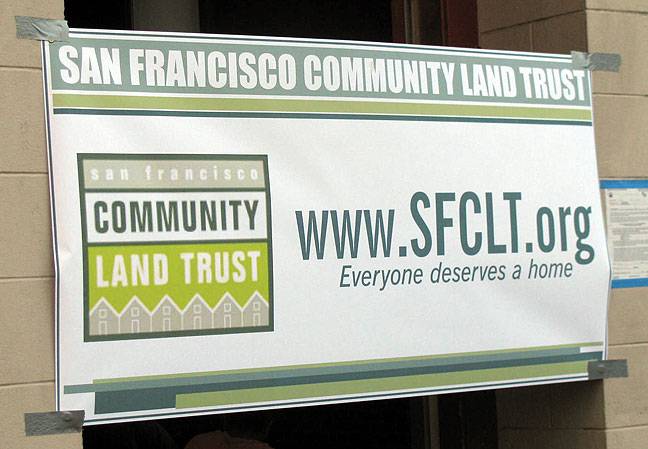 In 2001 a number of people who had been involved in tenant, anti-displacement and affordable housing activism came together to form the San Francisco Community Land Trust Collaborative. The Collaborative was an organizing committee that initially developed a vision of a network of neighborhood-based community land trusts emerging in San Francisco to create affordable, resident-controlled housing. The Collaborative did outreach to community groups and did many presentations, to popularize the community land trust idea.

Eventually the Collaborative decided to initiate a single community land trust, and the S.F. Community Land trust was incorporated in 2003. Initially SFCLT focused on a proposed piece of legislation that would allow tenants in buildings to buy their apartments as limited equity condominiums with permanent resale restrictions on the prices. Only community land trusts could do these conversions and the apartments would be offered to tenants at a price determined by their ability to pay. This was presented as a progressive alternative to landlord-initiated market condo conversions like the HOPE plan. 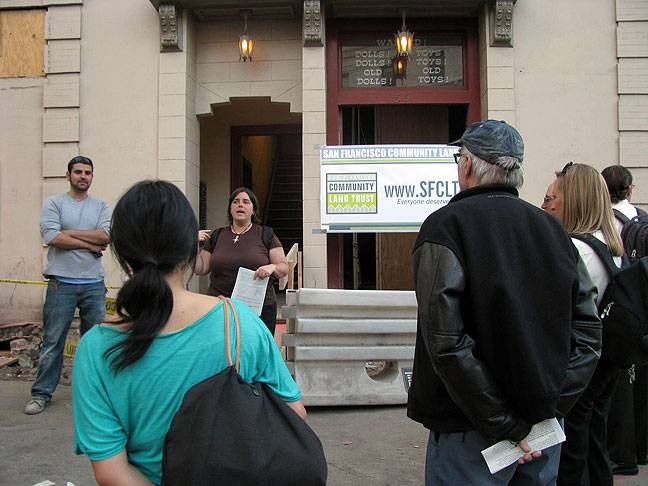 After a series of discussions with tenant organizations in 2005, SFCLT modified its program, to advocate conversions of rental buildings to limited equity cooperatives rather than condos. Shortly after this change in orientation, SFCLT began working with the Asian Law Caucus and the tenants at 53 Columbus Avenue, to do a coop conversion of their building. The tenants had been engaged in a seven-year fight against the demolition of their homes. In December, 2005, an agreement was reached with the Community College District to sell the building so as to enable SFCLT to convert it into a limited equity housing cooperative for the existing tenants.