On May 23, 1971, while 2,000 runners were racing to the finish in the 60th annual Bay to Breakers (the first year women were allowed), a diverse group of neighbors, most of them on bicycles, gathered on Lake Street to celebrate a first for San Francisco: freshly striped bike lanes. Neighbors had been demanding traffic calming measures on their street, and requested that the San Francisco Department of Public Works put in stop signs and bike lanes. 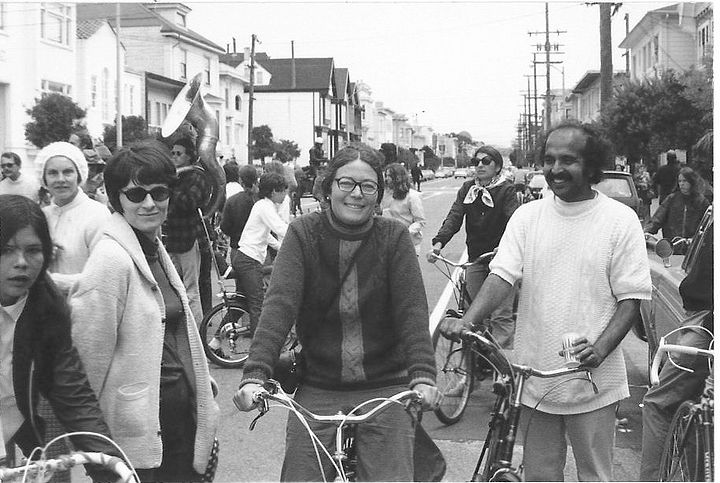 Neighbors celebrate traffic calming measures on Lake Street on May 23, 1971.

“What the citizens were most aroused about were the vehicular speeds,” according to a 1971 DPW document (pdf) obtained from the archive of the San Francisco Municipal Transportation Agency. The writer of that document noted that “75-100″ neighbors had turned out at a community meeting on January 28, 1971, to voice their concerns.

In a process that took nearly six months (lightning speed by current-day standards), what was then known as the Fire, Safety and Police Committee of the Board of Supervisors approved the traffic calming measures and the stop signs in March of that year. San Francisco’s first on-street bike lanes were installed on Sunday, May 23, 1971. 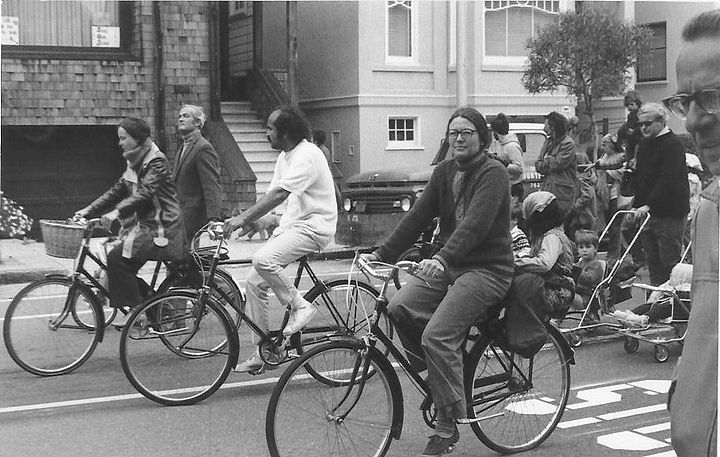 Old photos of the celebration recently turned over to the San Francisco Bicycle Coalition show groups of happy bicyclists in their everyday attire. Men, women and children on foot and in strollers can be seen playing in the street, along with a marching band. As one bike advocate noted, “sousaphones outnumbered helmets.” That’s because bicycle helmets didn’t exist. The weather forecast for that day was typical: fair skies except low clouds along the coast.

At the time, the bicycle was surging in popularity. Across the country, sales of bicycles doubled. A DPW document from December 7, 1971 (pdf) acknowledged San Francisco’s “great upsurge in bicycle popularity,” but concluded that “it is too soon to determine whether or not it will signal a new era in transportation.”

As Zack Furness pointed out in his book, One Less Car, utilitarian cycling in the U.S. “became a more attractive option for many city dwellers and bike advocacy became an effective way to articulate those needs and desires.” It’s no surprise, then, that later that year a group of people formed what would become one of the nation’s oldest bicycle advocacy organizations: The San Francisco Bicycle Coalition. (Check out this piece in the SFBC’s Tube Times [1] that chronicles the organization’s history).

One other noteworthy tidbit from the time was that the day after the Lake Street celebration, the San Francisco Board of Supervisors approved “the city’s first bicycle parking space in the huge, underground Civic Center garage,” according to a May 25, 1971 article in the San Francisco Examiner (pdf). The board voted to charge bicyclists 25 cents, something then-Board President Dianne Feinstein “expressed reservations about,” because “we’re trying to encourage people to use bicycles.”

Special thanks to Mike Sallabery of the SFMTA for digging up the old documents for our readers. 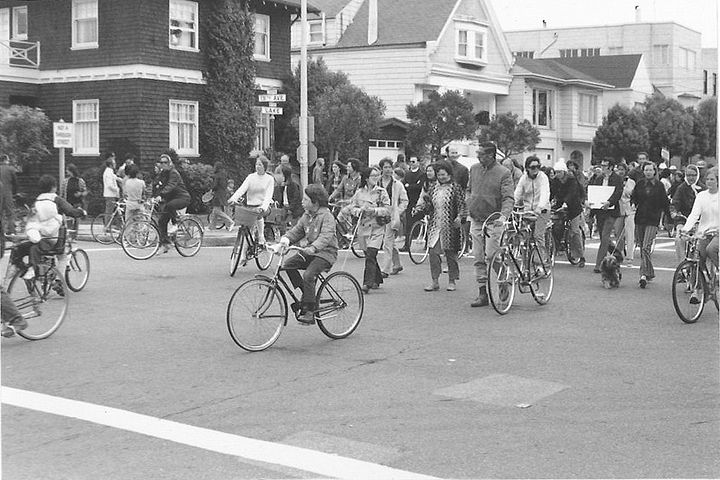 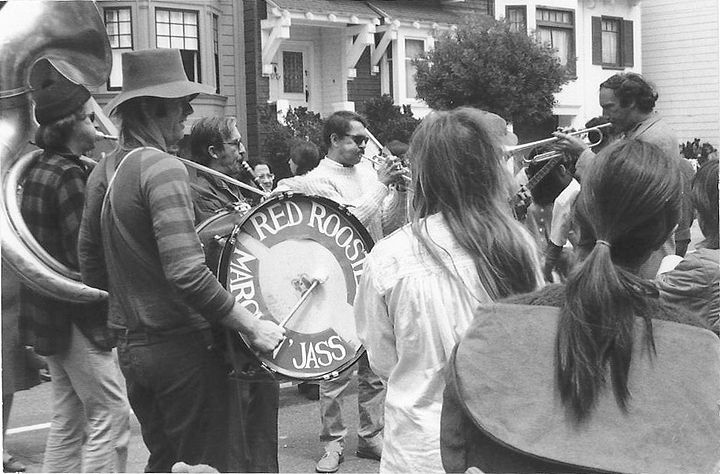 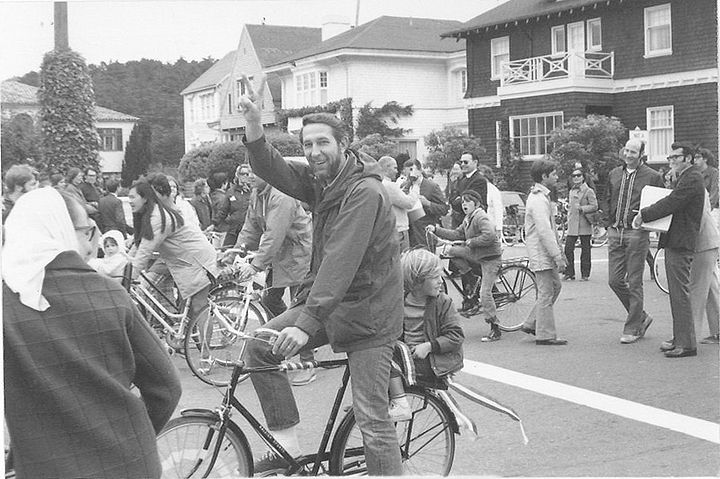 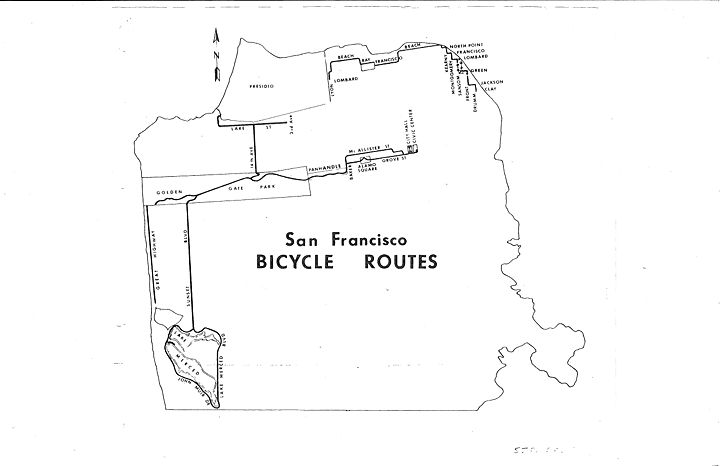 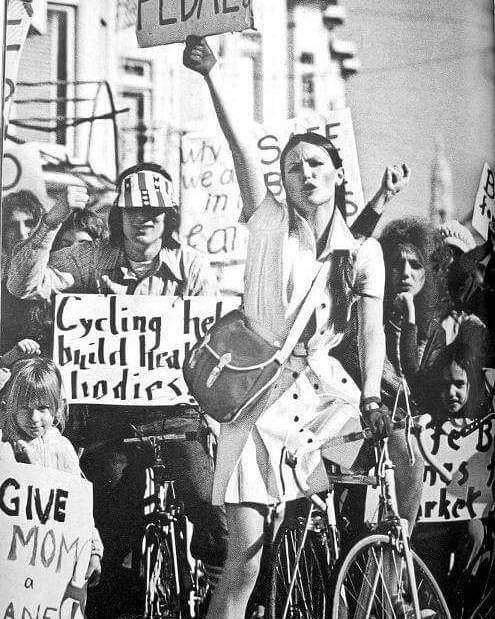