Just south of the (city) border

The first big toxic pollution in the Bay was 3,500 tons of mercury used in gold mining from 1853 to 1884. By 1900 the Bay reeked of untreated human and factory waste. Oil slicks were everywhere and soiled shorelines were common. From Hunter's Point south to the airport the bay is heavily poisoned. A Taiwanese plastics and textile conglomerate called Tuntex Properties Company bought 840 acres of toxic-contaminated land from Southern Pacific Railroad in 1989 for $108 million. The company wants to build a regional shopping center, a 3,350-room hotel, a world trade center, up to 6,400 houses, and a Geneva Avenue extension to Highway 101. All this is very close to where the planned incinerator described by Ruth Gravanis in the video above was to be located. And it happens to be the landfill that was San Francisco's garbage dump for a half century. A previous incinerator plan was also a failure in the 1920s. 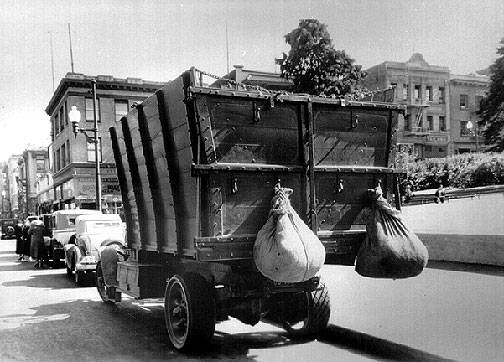 BRISBANE GARBAGE DUMP: For more than 30 years, San Francisco dumped garbage into the Bay at Brisbane, below San Bruno Mountain, creating a 600-acre landfill, 40 feet deep, filled with household garbage, hospital infectious waste and industrial chemicals. The former tideland abuts the Brisbane Lagoon which collects storm water pollution and leachate pollution from the dump, which in turn seeps into the bay during the tides. 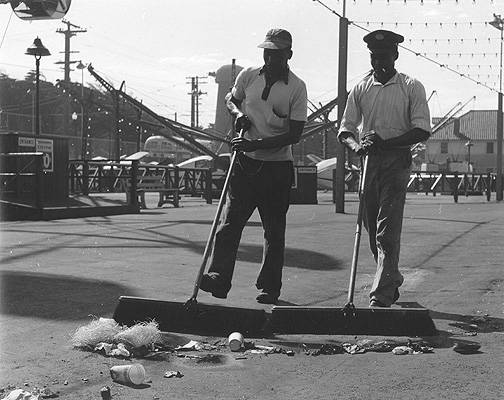 THE PG&E MARTIN SERVICE CENTER SUPERFUND SITE: Across the street from the rail yard a gas-manufacturing plant operated between the 1890s and 1915. It left behind benzene and polynuclear aromatic hydrocarbons, both carcinogens. It is close to a nearby childcare center and public housing project, which are actually built on soil dug from the gas plant site. 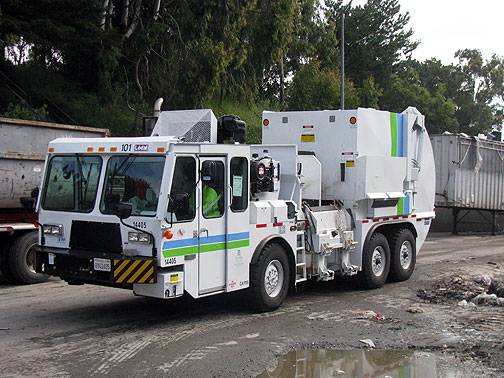 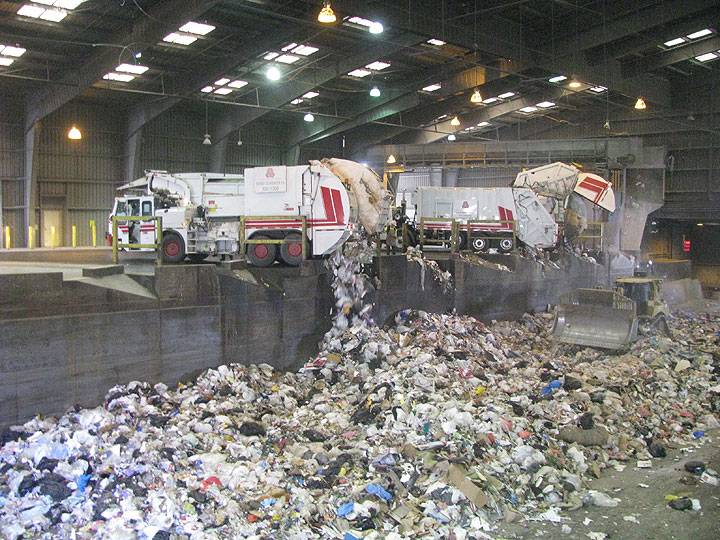 The black bins go into general landfill. Here are the trucks dumping their contents at the Tunnel Road Transfer Station, to be trucked to the Altamont Pass landfill site. 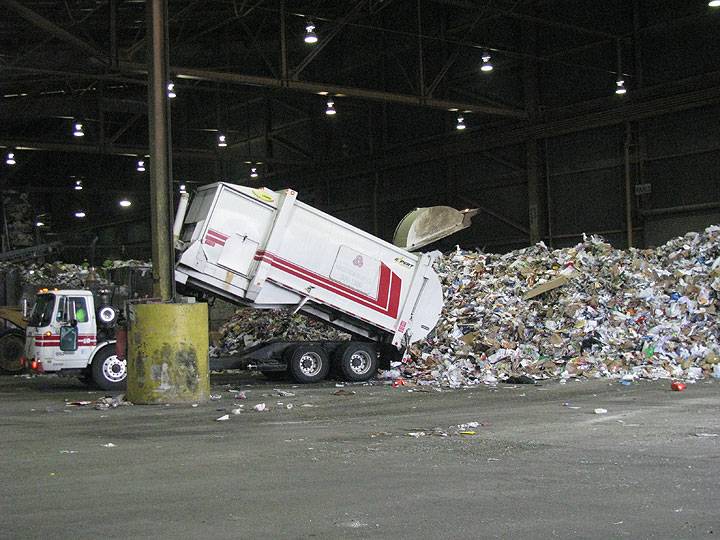 The blue bins get dumped at the edge of the Bay in the big warehouse next to Heron's Head Park, where they are sorted by an elaborate system of conveyor belts and human scrutiny. 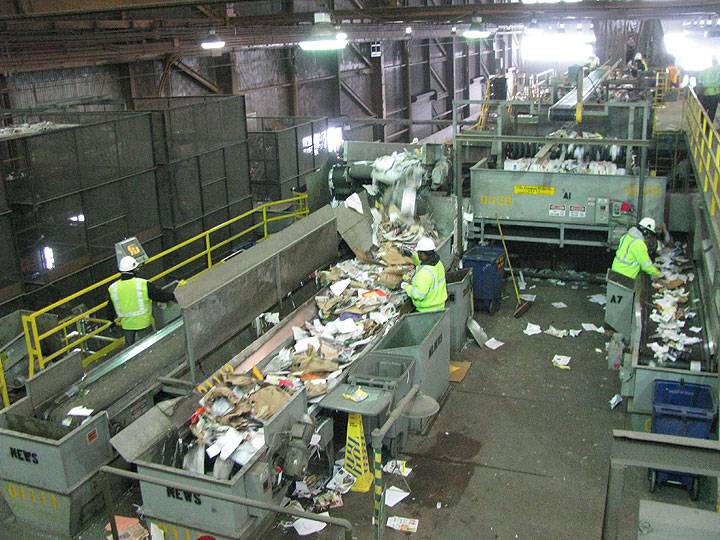 The endless stream of recyclables, slowly being separated into useful piles. 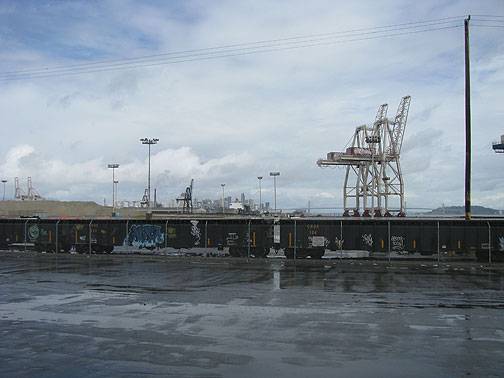 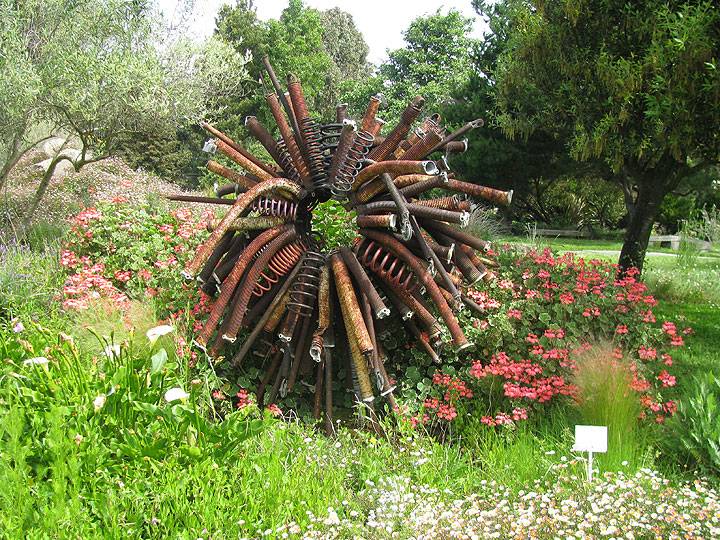 At the Tunnel Road Transfer Station a small park has been created and filled with wild sculptures made from trash.