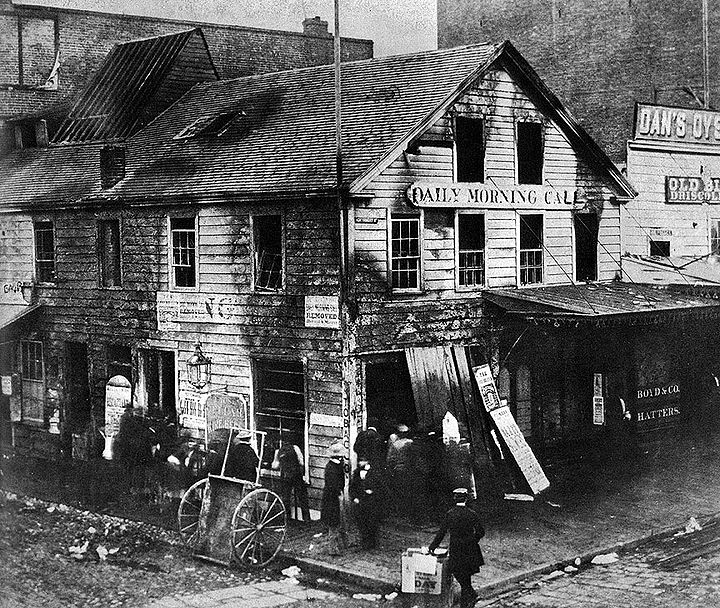 Although the San Francisco Call dates back to the 1860s, the newspaper came into prominence when it was bought by Claus Spreckels in 1895. In 1896 he moved the paper to the corner of Market and 3rd Street and built a 19-story skyscraper that dwarfed the nearby Chronicle and Examiner buildings.

The Call was particularly useful to the Spreckels (son John takes over from his father Claus) -- it promotes the families interests, especially in real estate and oil (the family owns the Spreckels and Sunset Monarch Oil Company). The paper backed the Progressive wing of the Republican Party, but was particularly valuable as a platform for attacking the Michael de Young (John's brother Adolph had shot de Young in his office in 1884; he was acquitted, reminding one of Ambrose Bierce's definition of "Acquittal" -- to be tried for murder in San Francisco).

The Call kept up a steady drumfire against the de Youngs, and was the last paper to give up the crusade against corruption during the Schmitz administration.

The Call was sold to de Young in 1913, and it exists for a few more years as a tabloid, before being sold to the Hearsts in 1919. By then the paper's days as an independent voice were long over.