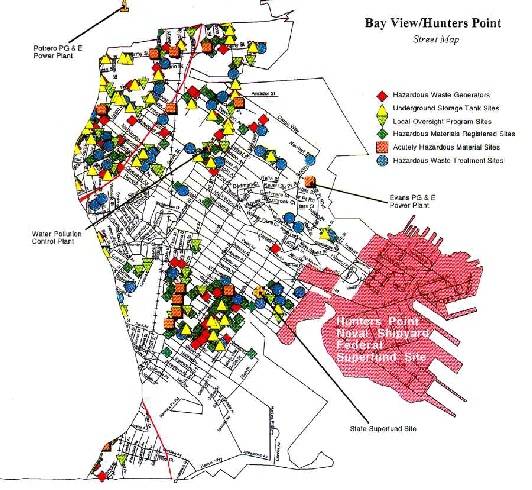 The Southeast Alliance for Environmental Justice (SAEJ) was formed in early 1995 by neighborhood organizations in San Francisco's southeast community of Bayview/Hunter's Point in response to the threat of the construction of a third power plant for this community, and went defunct in 2001. SAEJ organized the community and led the campaign which ultimately defeated the new polluter. This neighborhood is home to more than 300 toxic waste and several federally designated Superfund sites. For more information, visit Literacy for Environmental Justice, an organization that started under the SAEJ and continues today as an independent organization.