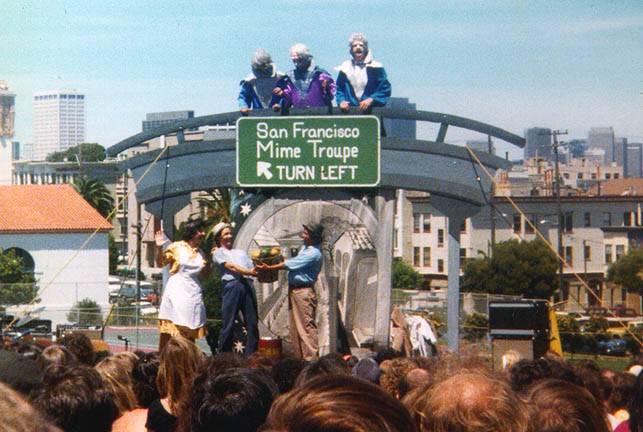 The San Francisco Performing Arts Library and Museum changed its name recently to the Museum of Performance and Design. The collection is founded on is founded on the collection of Russell Hartley (1922-1983). A dancer and designer for San Francisco Ballet in its formative years, Hartley's burgeoning interest in the history of dance and the performing arts led him to collect materials on the subject, particularly as they related to the city.

By 1947, his collection was large enough that he formally established the San Francisco Dance Archives--a private collection available to the public, housed in his home.

The Museum of Performance & Design -- formerly the San Francisco Performing Arts Library & Museum (SFPALM) -- is the first international arts institution devoted to the celebration of the performing arts and theatrical design.

The mission of the Museum of Performance & Design is to educate people of all ages about the impact and value of the performing arts in their lives through exhibitions, programming, and research. In addition the Museum collects, preserves, and makes accessible performance and design materials that reflect our diverse culture.