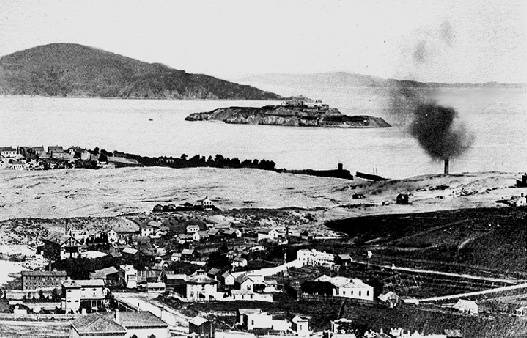 Before the Gold Rush, this hill was a goat pasture with an old cemetery where Russian seal hunters had buried their dead. Children who climbed the hill to play among the overgrown graves first gave the area the name "Russian Hill." But the name was officially recognized only after it hosted the City's first legal execution, the hanging of convicted murderer Jose Forni in 1852. After that, the hill hosted a whole series of hangings. Locals warn, if you wander the empty streets of Russian Hill at midnight, you may suddenly come upon the shadow of a human figure swaying in the foggy wind.