from The Annals of San Francisco, 1853

Russ's Garden, a short distance from the thickly-populated portion of the city...is one of the most beautiful spots and popular places of resort in the vicinity. Hither celebrations, excursions, and the like rejoicings, are held by societies and coteries on their various anniversaries and fete-days; while continually gay carriage loads or cavalcades, or solitary individuals, mounted or on foot, wend their way thither and amuse themselves about the pleasant grounds with games, athletic feats, or merry feasting. In the spacious amphitheatre at this place, sundry interesting public exhibitions are occasionally given to amuse the crowds that here assemble. 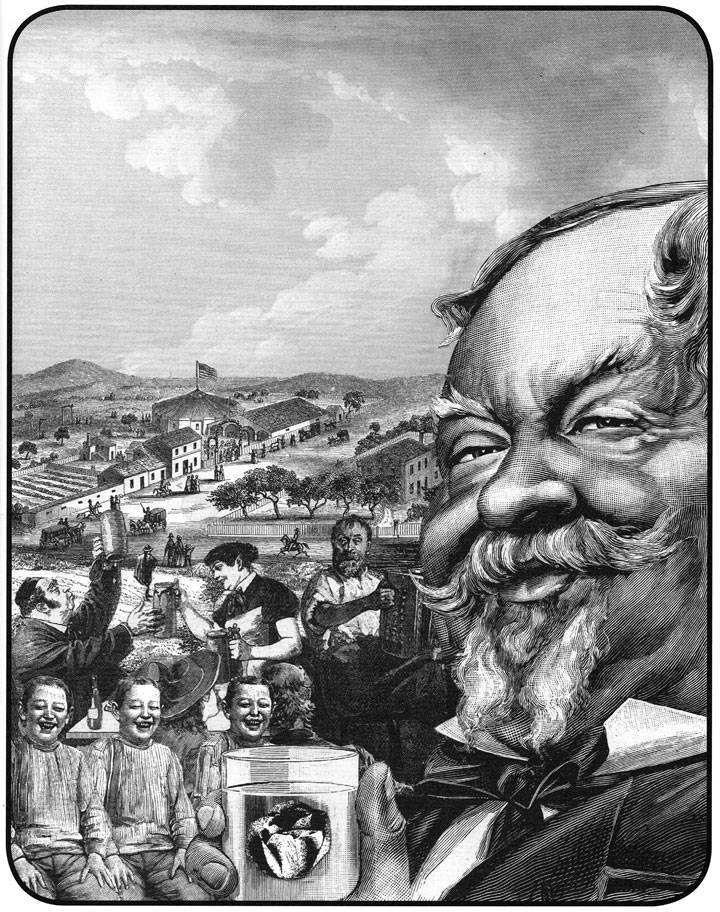 May Day was celebrated by a large number of our German citizens in the cheerful and imposing style observed in the Fatherland. The Turner Gesang Verein (Gymnastic Musical Union) took the most active part in the festivities. Dressed in loose brown linen coats and pantaloons, proper for their exercises, they marched, with banners flying, and musical instruments sounding, to the gardens of Mr. Russ, near the Mission Road. There somewhere about eighteen hundred persons of German blood participated in different enjoyments of the day. They leaped, balanced and twirled, danced, sang, drank, smoked and made merry, as only such an enthusiastic race of mortals could. They weather happened to be very fine, and the grounds seemed beautiful beyond all expression of praise from the full heart that could only enjoy, while it knew not and cared not why.