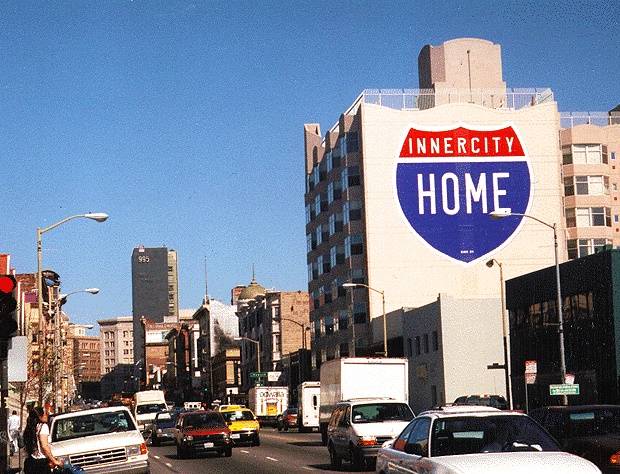 The importance of art being accessible to its audience is evident in the work of Rigo, SF's notorious "road-sign" artist. Rigo is best-known for his exploitation of the public's trust of municipal symbols. His piece Innercity Home, shown at right, parodies signs for Interstate 80, the freeway from which the mural is visible. The insertion of a term associated with domestic individuation -- "HOME" -- inside a symbol passed by tens of thousands SF commuters each day faces motorists returning from day-jobs in Silicon Valley to single--bedroom apartments in San Francisco. 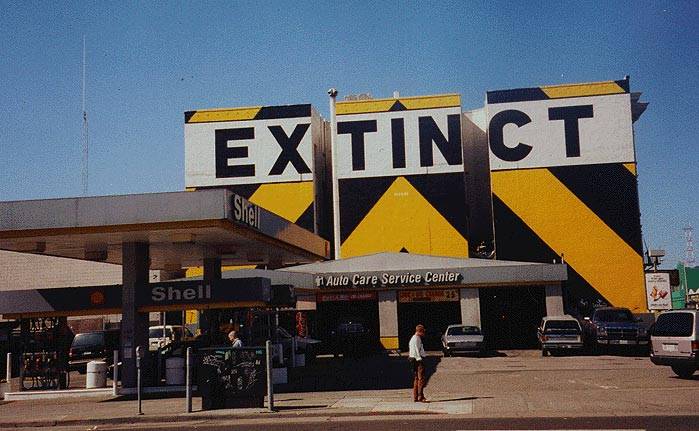 In Extinct, Rigo uses the diagonal yellow and black stripes of a road "DANGER" sign to ask: Just what is extinct? Consider the location of the mural, painted on the side of a building behind a Shell gas station, reminding one of Shell's deplorable environmental record. Or consider the mural's placement---the side of a single-room occupancy hotel (SRO) in the Western Addition---suggesting the virtual if not actual extinction of the indigent. [Within a year or so of the original painting, depicted here, the artist was asked to "move" the painting to the wall facing south, to the rear left of the building on which it was originally placed; He complied and it is there now. --C.C. 2008] 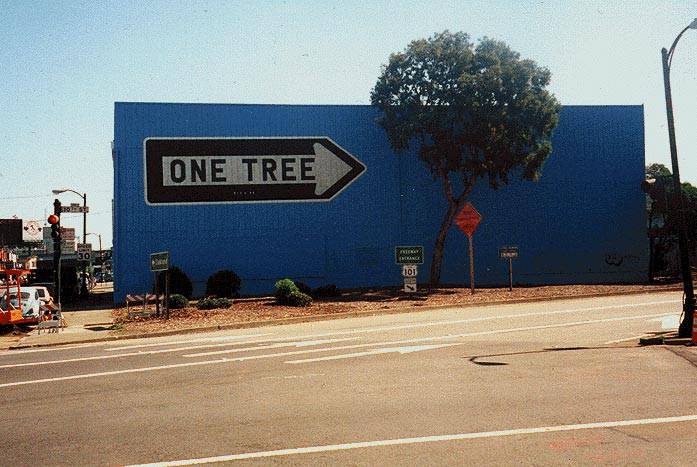 Another Rigo piece, One Tree (opposite the 10th Street on-ramp to southbound Highway 101) points to a single tree planted between a corrugated tin-wall and the freeway on-ramp. The question, of course: Why just one tree? By the time the traffic-light turns green and the queue of commuters joins thousands of familiar automobiles on 101 South, most motorists have made the connection.