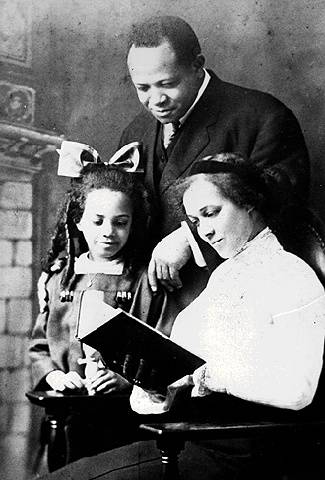 Historians tell us that San Francisco was unlike many Eastern cities that had heavily populated black ghettos in the 20s and 30s from Southern migrations at the turn of the century. Two major studies of San Francisco's black community, Douglas Daniels' Pioneer Urbanites and Albert Broussard's Black San Francisco, employ demographic comparisons with Eastern cities prior to WWII to account for the absence of a black ghetto in San Francisco. The invisibility of the black community in San Francisco seems to have come full circle. With a noticeably shrinking black population, political gains wrought by the Civil Rights struggle, including the legislative career of Mayor Willie Brown, have not affected the rate of black migration from the city. One important political implication of the current demographic shift is increased marginalization of the black community, a consequence that is incongruous with San Francisco's image of itself as socially progressive.

The history of African-American political struggle in San Francisco is inextricably linked with demographic change. Harlem Renaissance historian, Nathan Huggins, speaking as a native of San Francisco, credits black San Franciscans before WWII with a political complacency that accommodated social inequality (Daniels 1990). Both this complacency, as well as the myth of racial tolerance that has long been associated with San Francisco, can be viewed as a function of demographics. Prior to WW II the much larger Chinese and Asian groups suffered the brunt of racial violence in San Francisco (Broussard 1993). By comparison with the Asian experience, black San Franciscans appear to have been tolerated because they were not the focus of race riots and lynchings. Many of the early black migrants interviewed by Daniels seemed grateful that they were spared the experience of African Americans in other parts of the country. They escaped the fate of their more populous Asian brethren because, with not more than 5,000 until 1940, African Americans posed no political threat. 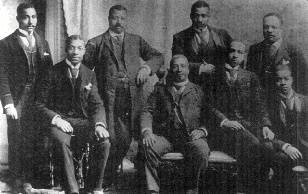 Huggins also noted that in the absence of "conspicuous numbers" black San Franciscans were more apt to submerge racial identity and minimize difference. For African Americans living in San Francisco during the 20s and 30s acceptance by the mainstream was contingent on racial invisibility. The political leverage to begin demanding fair treatment and respect would not come until the black migration of the 1940s. Since resistance to discrimination required a strong assertion of racial identity, black San Franciscan's were faced with the classic Du Bois dilemma of double-consciousness. But given their small numbers the question of whether to assert racial identity, or to seek absorption into the mainstream was not a genuine choice. Prior to 1940 they could do neither.

To expose the city's image of racial tolerance as a myth historians often cite employment and income data that clearly indicate discrimination against African-Americans in San Francisco prior to WW II. I want to take a closer look at the manner in which this myth supports a system of racial discrimination. Sargent Johnson, an accomplished bay area multimedia artist, negotiated the Du Bosian dilemma with great success. With African Americans virtually locked out of every skilled profession, how was it possible for a black artist aligned with the Harlem Renaissance to excel in San Francisco's elite artist community in the 20s and 30s? Although Johnson's art, especially in his later period, was not exclusively devoted to racial images, he gained early recognition through his prizewinning submissions in the Harmon Foundation exhibitions of the work of Negro artists, as well as in other local and national competition. He managed to assert a strong black identity in his art without losing the racial invisibility required for mainstream acceptance. This apparent contradiction in Johnson's art reveals an important insight regarding the ideological function of San Francisco's myth of racial tolerance, namely, that by relying on political complacency it masks social inequality. 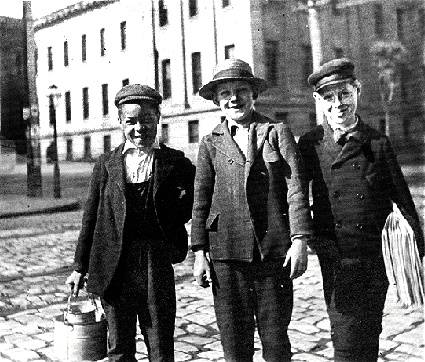