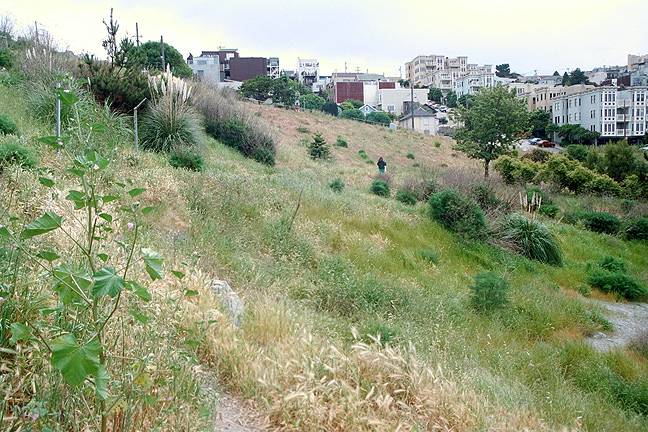 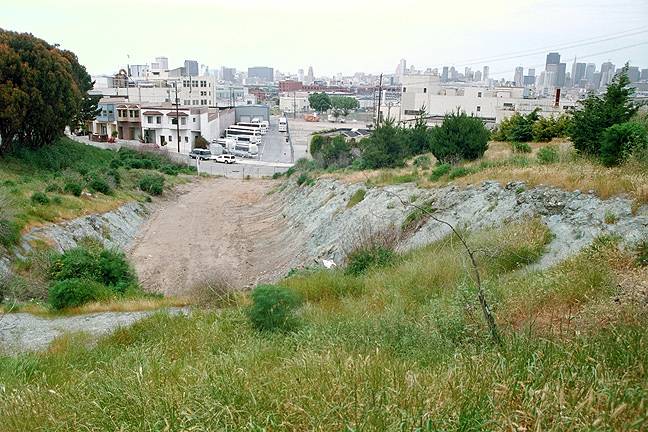 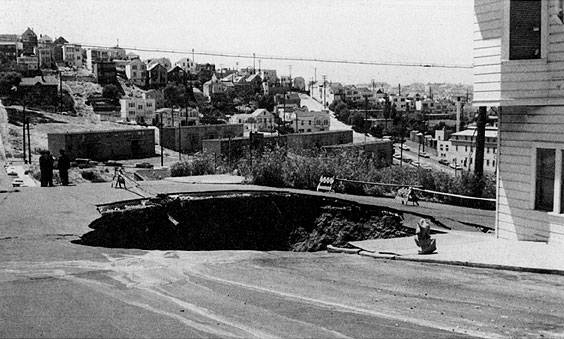 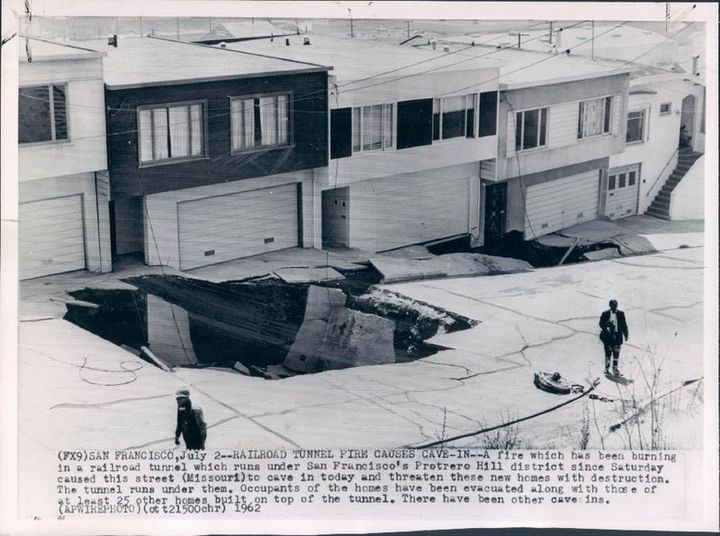 July 1962, collapsing tunnel beneath the hill. 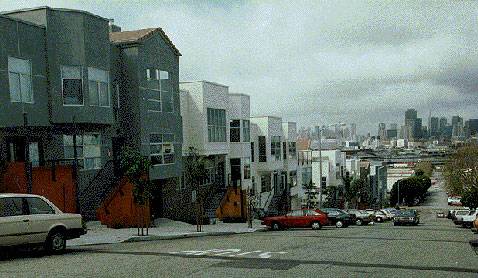 These lofts along Arkansas Street were built on the former open space of the Potrero Commons, thanks to a multi-party political deal with Mayor Frank Jordan, the Goodman Group, and the developers. 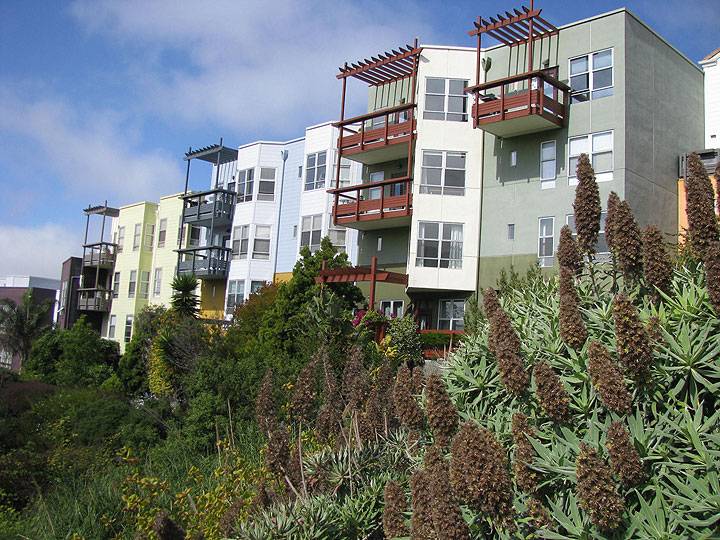 The top of the loft construction is about where the railroad tunnel collapsed in 1962, after fire weakened the wooden support structures inside. The tunnel was soon closed and filled. It was thirty years before the space was built on.