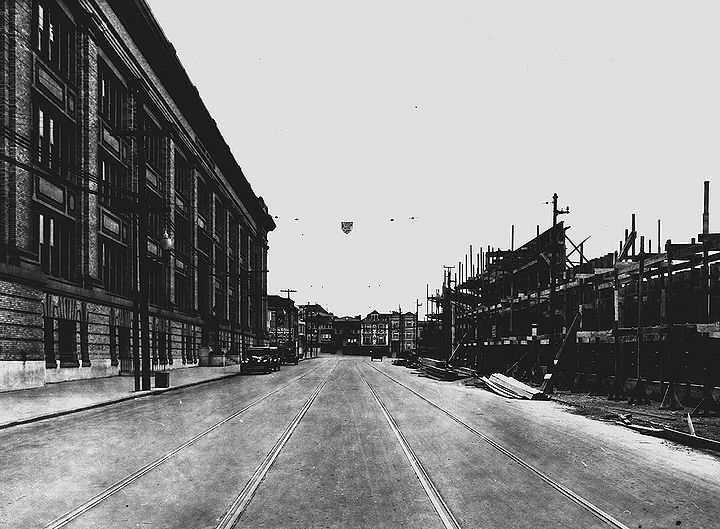 Polytechnic High School on south side of Frederick Street in 1928, while Kezar Stadium was being built up at right.

My Father was a pitcher for the Hollywood Stars in 1926 and later lived at homes in San Francisco, Parnassus and Cole for one and also Stanyan close to the upper area near Tank Hill and Sutro Forest when I used to play. I attended Grattan Grammar school and later the old Polytechnic High School across from the original Kezar Stadium.

Dad started as a gardener under “Uncle” John McLaren and then later served as a chauffeur for Uncle John and the Commissioners in San Francisco at the time. He worked out of the Park Lodge. My mother worked for a time at the Golden Gate Conservatory under Gertrude Stein and I remember visiting her there. I also remember sitting on John McLaren’s lap as a small boy playing with his watch and I think he had a white beard at the time although most pictures I see show him without a beard. Dad had a ton of stories about him.

My favorite thing to do on the weekends as a preteen was to go to the Haight Theater and spend the entire day. The cost was 20 cents to get in and the 50 cents my Dad gave me was plenty of money for everything I needed.

At that time the Haight Ashbury area was a nice shopping area and my mother went there often. I remember the GallenCamps shoe store because it was such fun for me to use their x-ray machine to see the bones in my feet and wiggle my toes. Now, of course they realize that was not a great idea. I recently saw a TV show called “Pickers” that showed the exact type of machine and they discussed the dangers involved in using it. One thing they said was that people coming in and using one occasionally may have dodged a bullet but people working in the store were in serious danger because they spent the working day near those machines and the units did not have shielding. As far as I know I dodged that bullet and at my age of 83 so far I still have my feet. Thank you Lord! These a but a few things I remember about those days growing up in San Francisco, going to Playland at the beach and swimming at Sutro Baths and Fleishhacker pool. 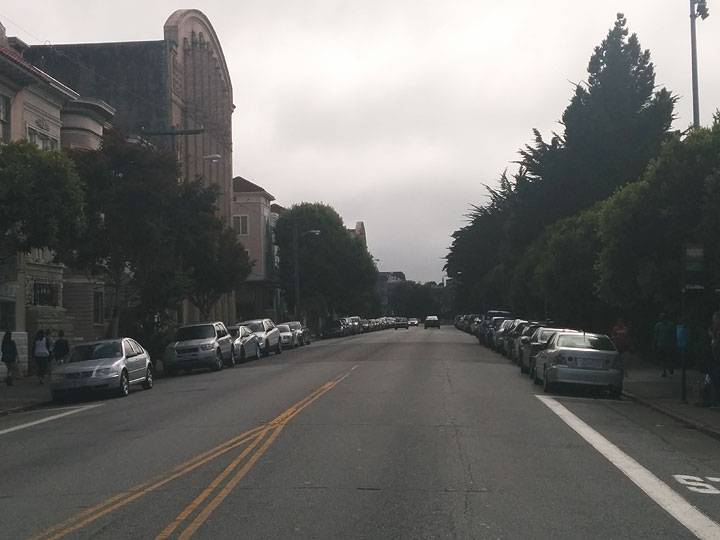 Same stretch of Frederick in summer 2014 late in the day. The old Poly High gyms were retained after the school was torn down to make way for affordable housing built in the 1980s. 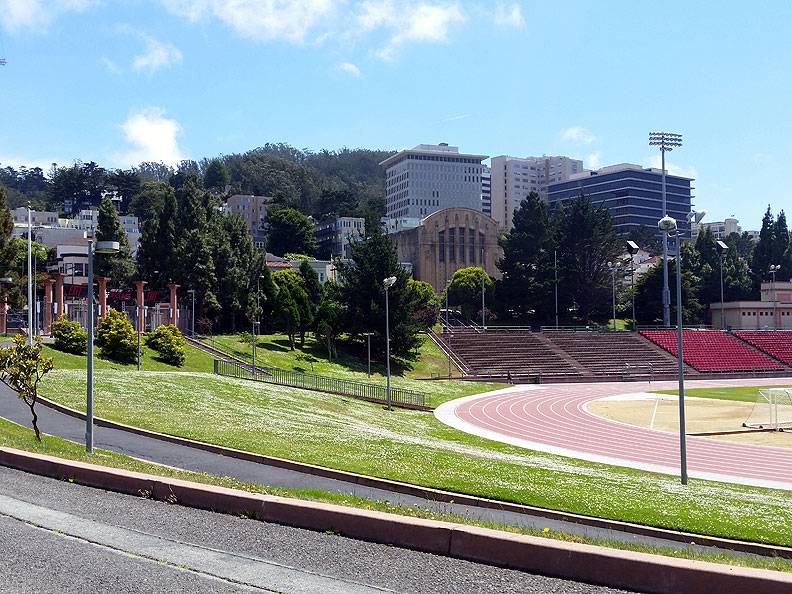 The "new" Kezar, returned to general recreation and athletics, still across from the old Polytechnic High School gym, visible in center, beneath the looming UCSF Medical campus on Parnassus Heights. 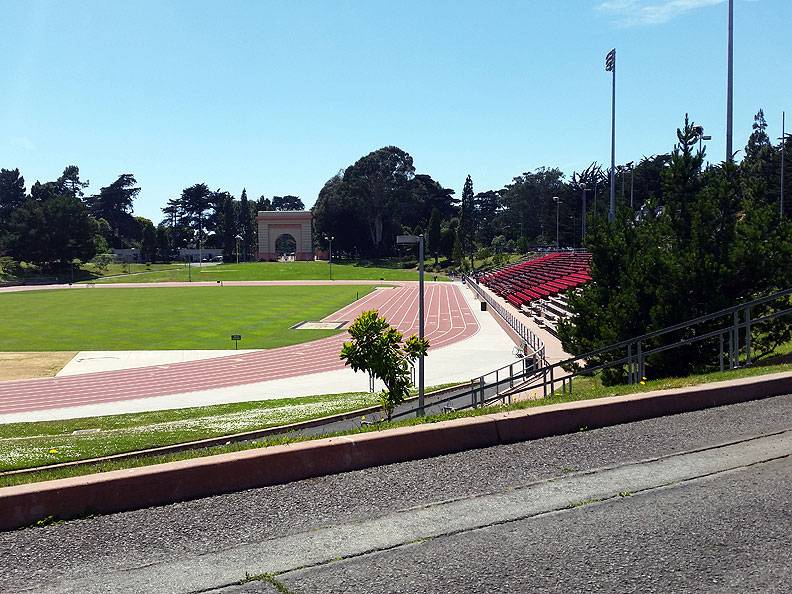 Nothing left of the football stadium but the gates at either end.