by Friends of the Pink Triangle 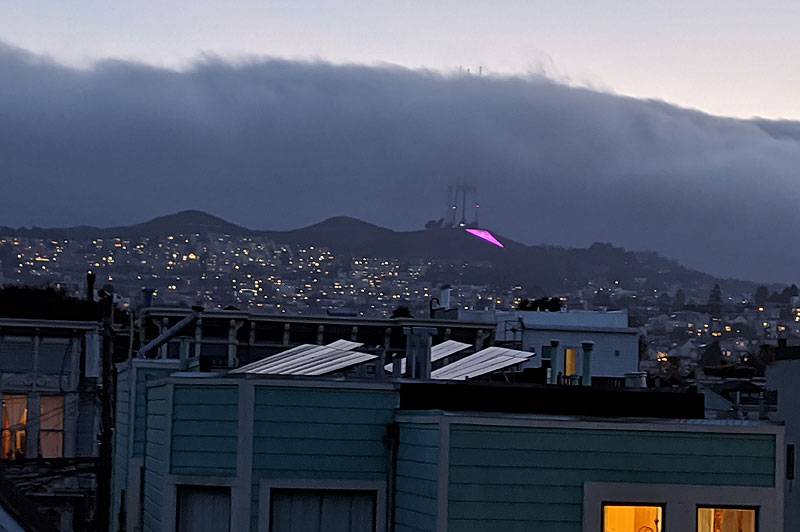 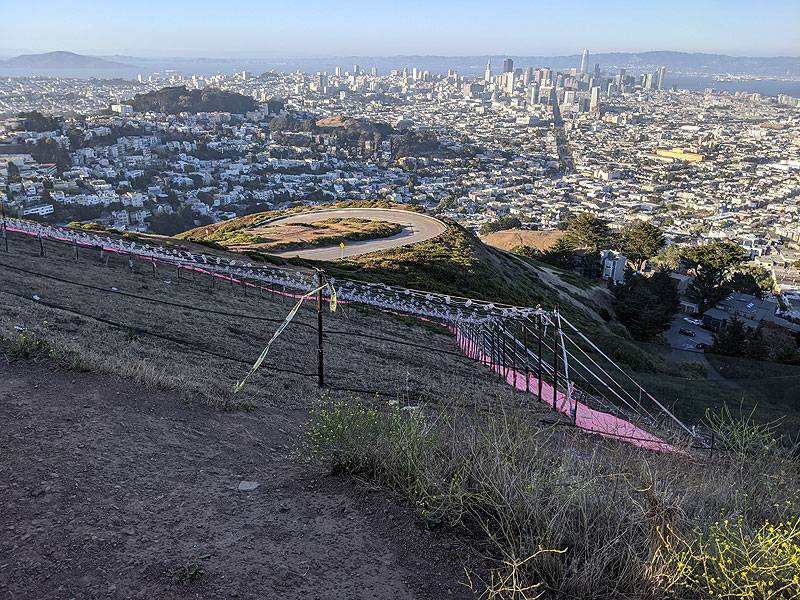 The rigging up close from the Twin Peaks observation area. 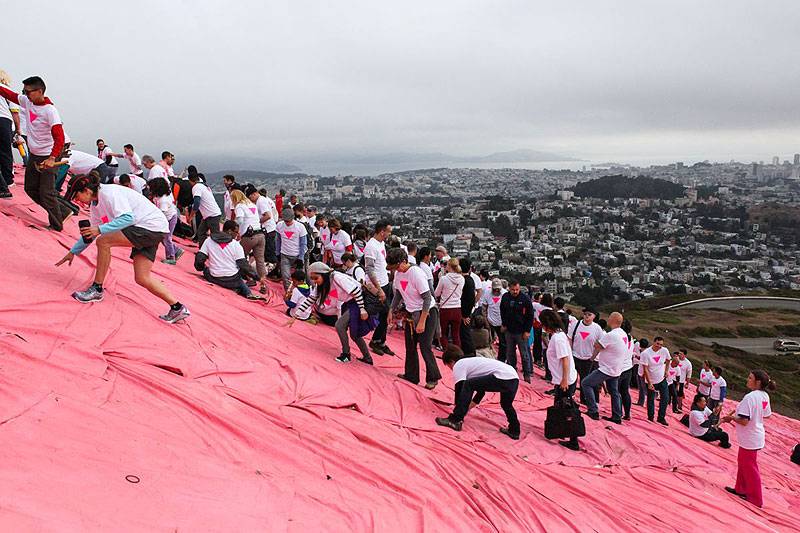 How the installation of hundreds of pink plastic triangles was done pre-pandemic.

The pink triangle was used by the Nazis in concentration camps to identify and shame homosexuals. This symbol, used in an attempt to label and shame, has been embraced by the gay community as a symbol of pride.

However, in the 1930s and 40s, there was nothing to celebrate concerning the pink triangle. Gays were forced to wear the pink triangle on their pockets in the concentration camps to identify them as homosexual to set them apart from other prisoners.

Triangles of various colors were used to identify each category of “undesirable”: yellow for Jews, brown for Gypsies, red for political prisoners, green for criminals, black for anti-socials, purple for Jehovah’s Witnesses, blue for immigrants, and pink for homosexuals. 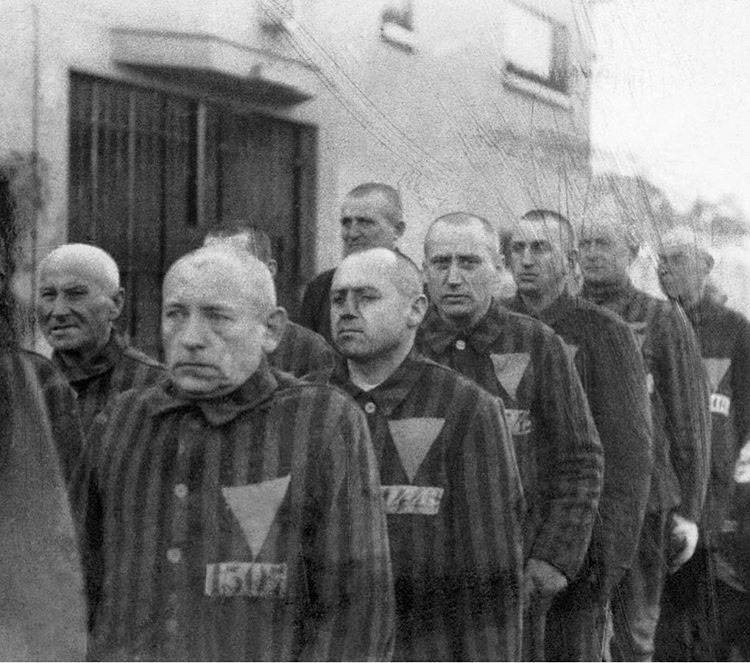 More prisoners of the Nazi regime.

At the end of the war when the concentration camps were finally liberated, virtually all of the prisoners were released except those who worse the pink triangle. Many of those with a pink triangle on their pocket were put back in prison and the nightmare continued.

It is the same kind of senseless, irrational hatred that still haunts Gays, Jews, Blacks, and other minorities today.

That is why the Twin Peaks Pink Triangle display is so important. We must remind people of the hatred and prejudice of the past to help educate others and prevent it from happening again. What happened in the Holocaust must not be forgotten and must not be repeated. 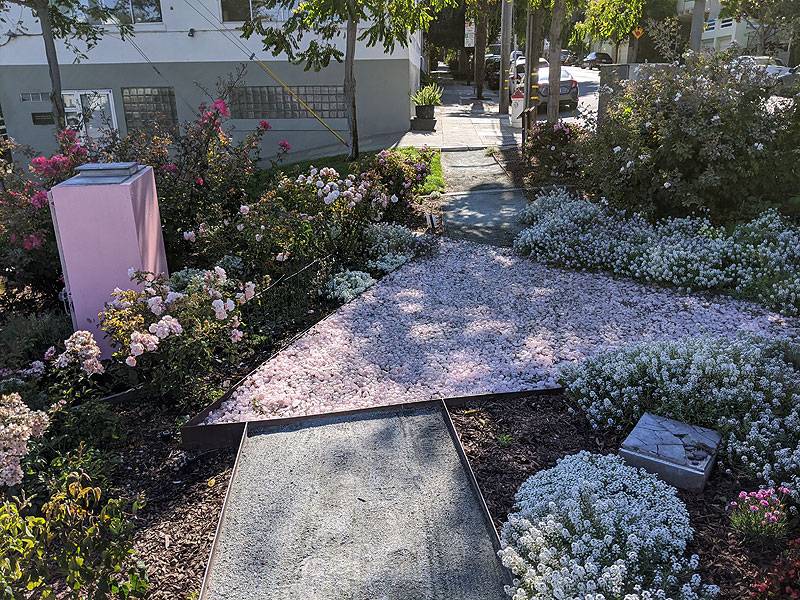 The pink decorative rocks arranged in a triangle at Pink Triangle Park, just west of the iconic intersection of Market and Castro. 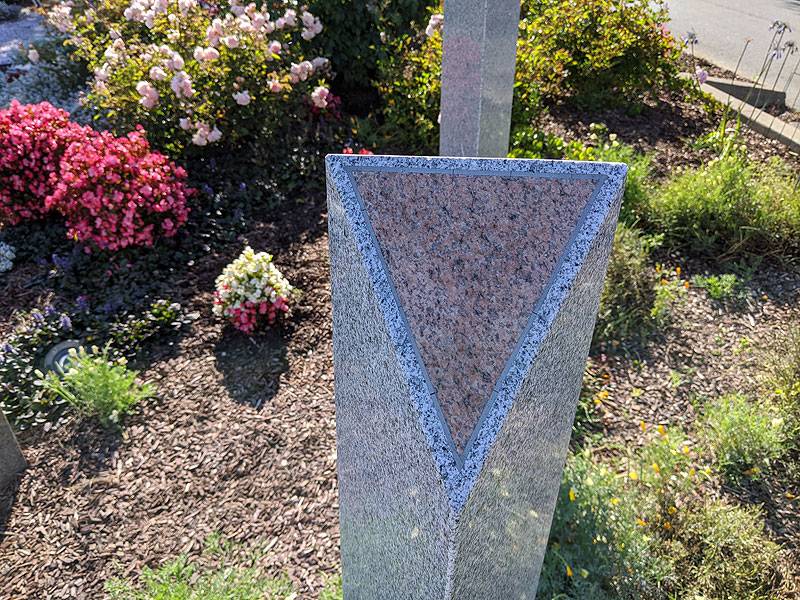 These granite triangular posts are arranged in a larger triangle too. 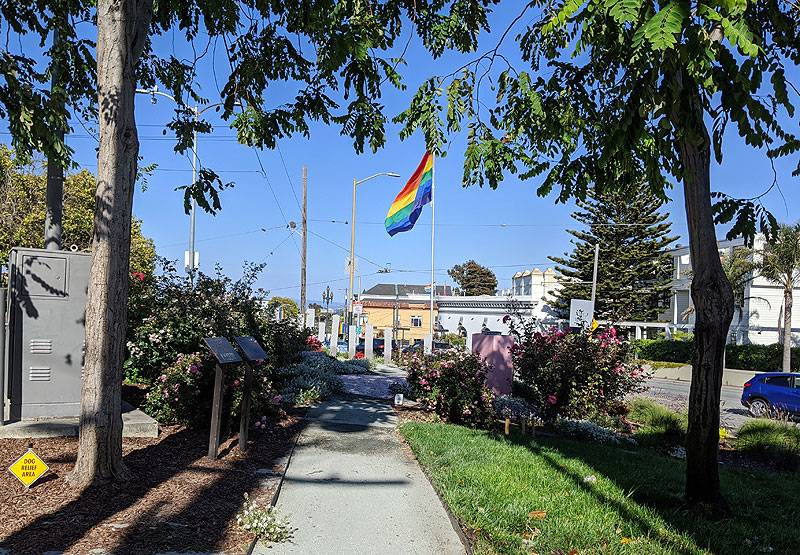 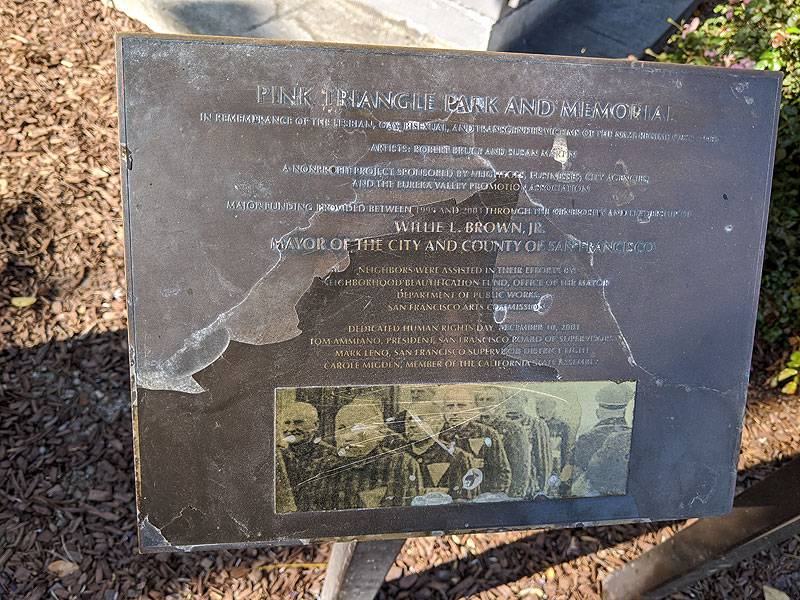 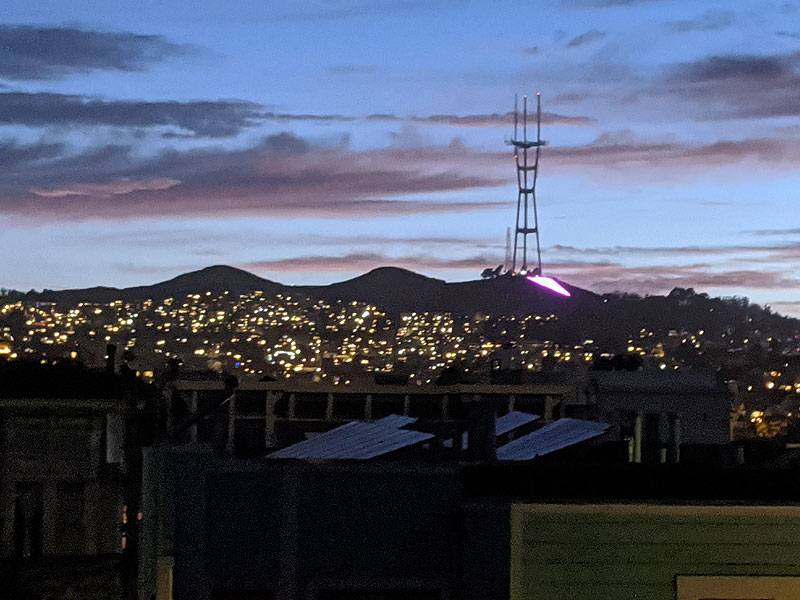