by Mae Silver, 1992, from her chapbook, Rancho San Miguel 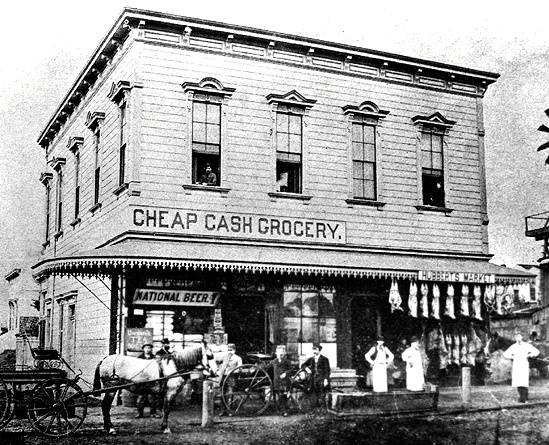 The quickest and easiest answer is ... the Irish. Almost first and last, people of Irish descent were the predominant migrants to this part of Rancho San Miguel. Before the Great Gold Rush, fleeing the devastation of the potato famine in Ireland, the Irish came to San Francisco. Many moved into Noe and Eureka Valley from the very first. These were working class men and women, young single or newly marrieds. Men's skills were manual ones: carpentry, house building, smithing, shoe making, tailoring etc. and the women were hired as domestics or developed businesses in washing, sewing, baking, millinery etc. Some who could afford to buy land and had the expertise operated vegetable farms and dairies. In addition, private homes were used as boarding houses, overseen by the lady of the house. A few generations of one family and boarders might occupy one house. A single person could board economically in relative safety with a family. No doubt, the rent helped the host family. Some houses were owned and operated exclusively as boarding houses.

By 1880 one quarter of San Francisco's total population was Irish. Their presence in Noe and Eureka Valleys and the Fairmount Tract remained predominant. Other groups moved in: German, Scandinavian, Italian, Russian and some Slovenian. Unlike these other groups, the Irish managed to become civil servants. They became streetcar drivers, police and firefighters. And then they moved into politics. They were (are) passionate organizers and valued members of the union movement in San Francisco. In those early days, Noe and Eureka Valleys were the working-class' neighborhoods. The blue-collar workers who lived there cleaned, built, repaired and supported the folks in the "fancy' neighborhoods in town. They supplied the work force behind the wheel that drove downtown San Francisco. While most of the population were manually skilled workers, there were also some business people, teachers, lawyers and doctors. What separated Noe Valley from Eureka Valley from the Fairmount Tract were the hills. Otherwise, the people, religious houses, schools, vocations, entertainments, clubs, and life-styles were very similar."

After the earthquake in 1906, this area received more waves of Irish and then came the Italians, from North Beach. These were people whose homes and businesses were devastated by the quake and fire. They saw this part of town as safe. As more population moved in, vegetable and dairy farms and light industries gave way to more residential sites. The more affluent went to other southwest San Francisco neighborhoods and some moved out of town. Between World War I and II, there was a marked integration of most ethnic groups in San Francisco as a whole. The continued pressure for more housing blurred the former ethnic and socio-economic lines in Noe and Eureka Valleys.

Since the 1970s, Noe Valley has seen a renaissance as upper-middle class families moved in. At the same time, Eureka Valley, as a neighborhood name, has almost been replaced by the name Castro Valley or Castro Village, and is now populated mostly by gay and lesbian folks with their special life-style focused on single/shared living. 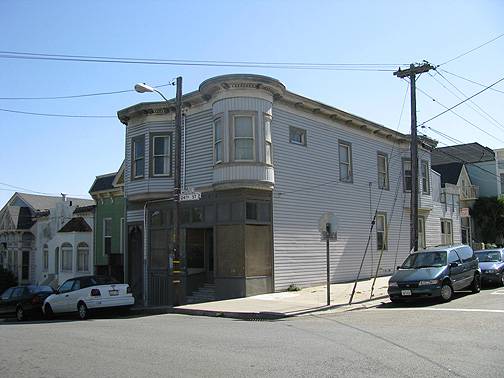