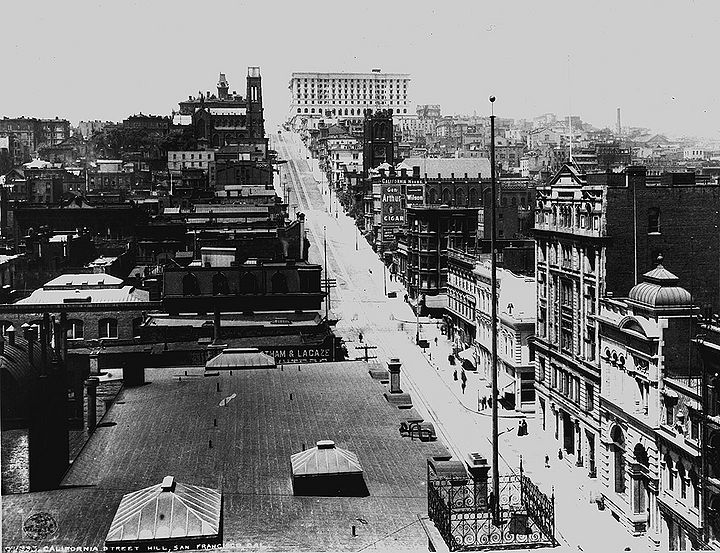 Looking west up California from Montgomery in 1905, the Fairmont Hotel dominating the top of Nob Hill. 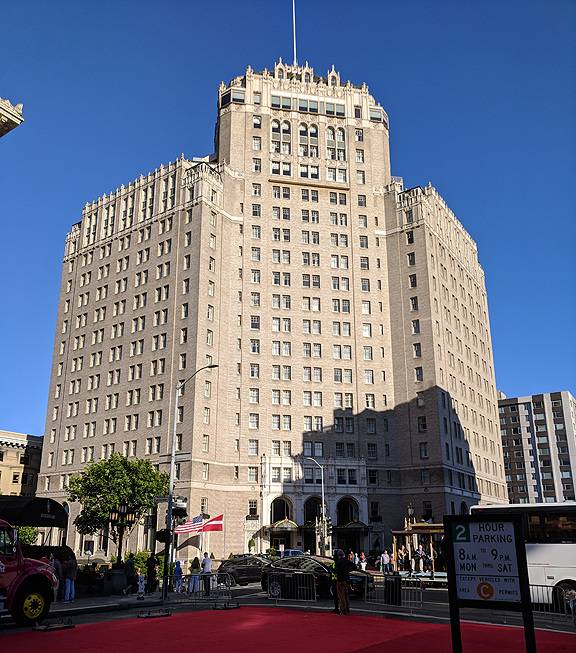 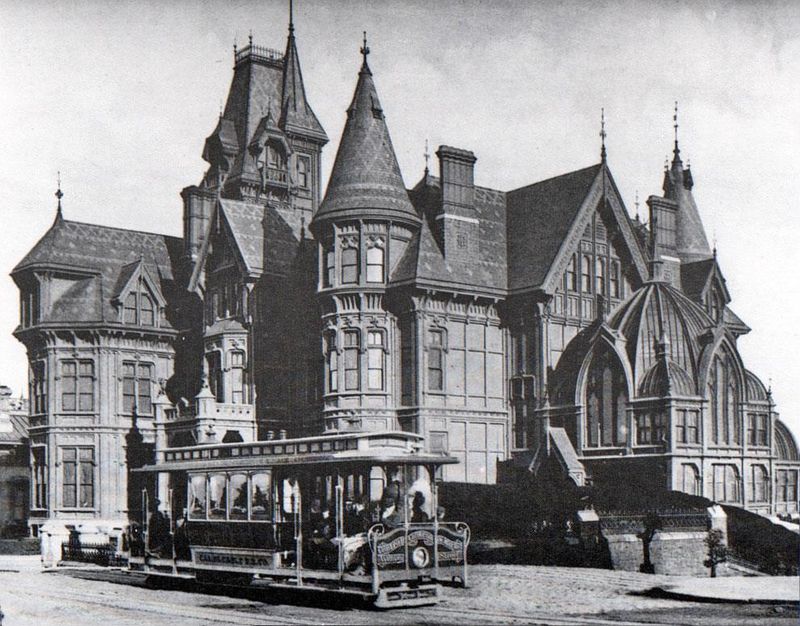 The Mark Hopkins Hotel, 850 Mason Street at California. The Mark Hopkins has two overarching historical claims to fame: (1) Its famous top-floor lounge is the historic forerunner of all top-floor view restaurant/lounges around the world where you can buy ridiculously overpriced food and drinks while you gaze at the vista; and (2) The hotel hosted key meetings which led to the founding of the United Nations, and was the site of U.N. charter meetings in 1945. In other words, this is the place where San Francisco, originally slated as the site of the U.N., somehow lost out to filthy, inclement New York. Professor Arthur Chandler has offered the opinion that the loss of the U.N., more than any other event except the Gold Rush, made San Francisco what it is today -- L.A.'s quaint, picturesque little sister -- when it might instead have become the world's leading center of international diplomacy. 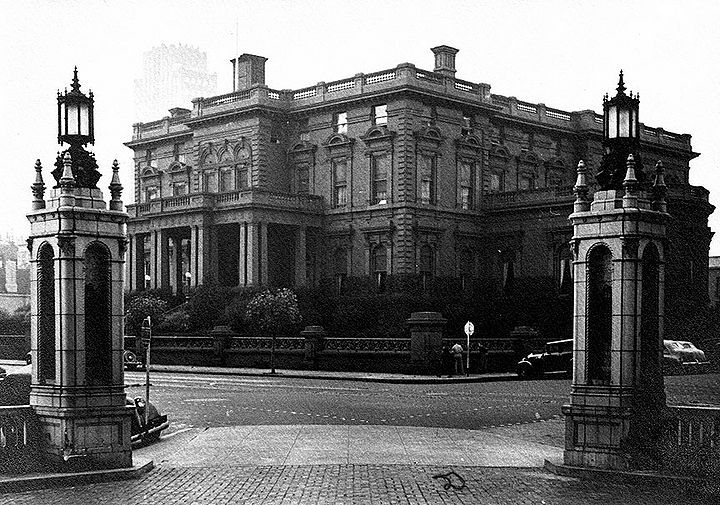 The Flood Mansion across the intersection of Mason and California through the gates of the Mark Hopkins Hotel, 1930s. 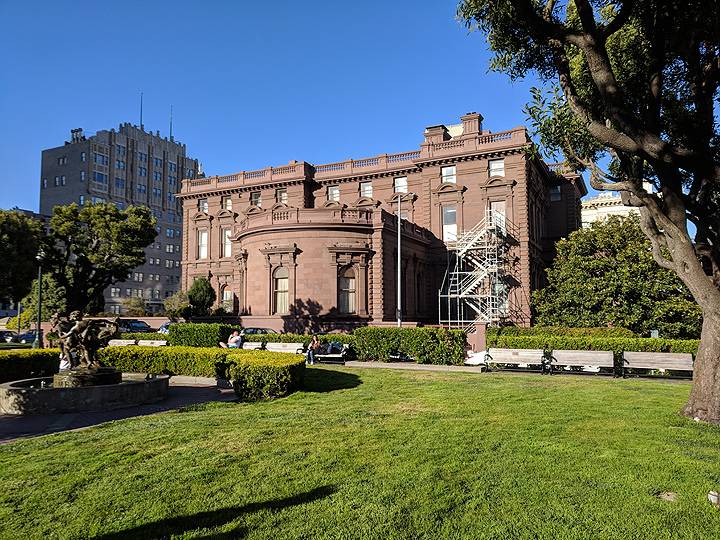 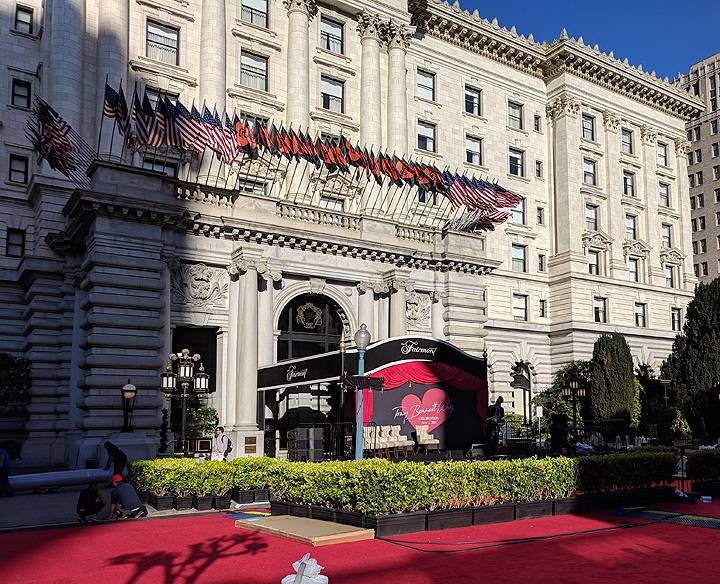