Nature Reclaims a Piece of the Waterfront 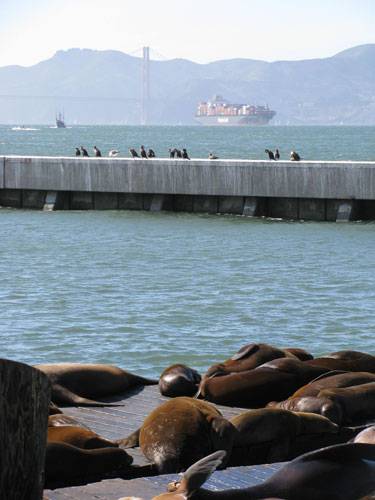 A container ship passes the Golden Gate while sea lions lounge in foreground at Pier 39, 2008

Shortly after the 1989 Loma Prieta Earthquake, sea lions began to appear at Pier 39, San Francisco's version of a middle-American mall/entertainment center. The Marine Mammal Protection Act allows these guys to go pretty much wherever they want, and they decided they liked the friendly confines of Pier 39's marina, so the marina management has acquiesced. On any given day you can find upwards of 100 boisterous sea lions basking on the docks that have been abandoned to them.

They are completely wild, and no one feeds them or controls them in any way. 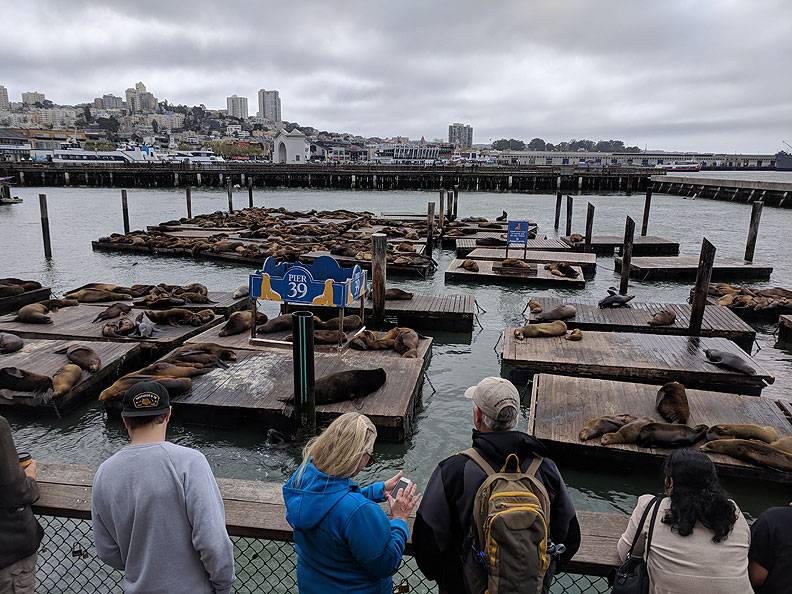 May, 2018, at a moment when the sea lions were relatively abundant at Pier 39. 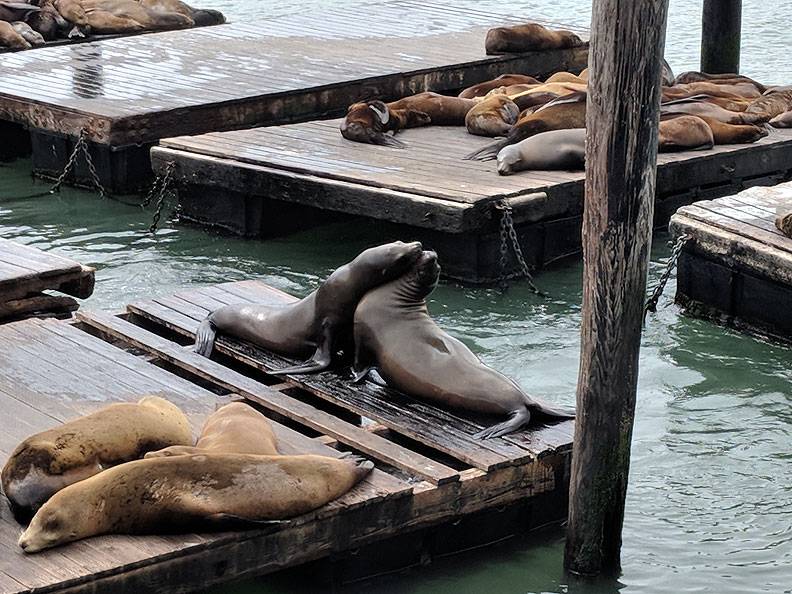 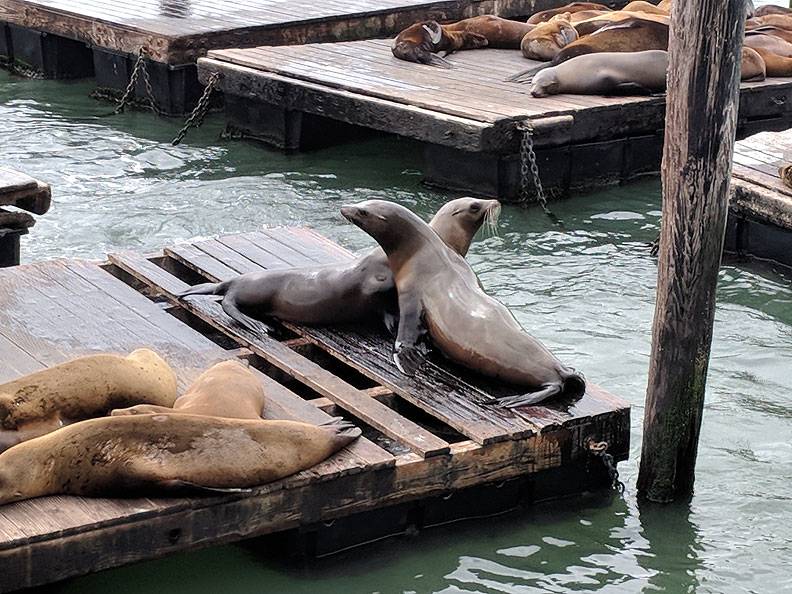