My Tenants, the Black Panthers

by Bud Johns, originally published December 1, 2009 in The New Fillmore. 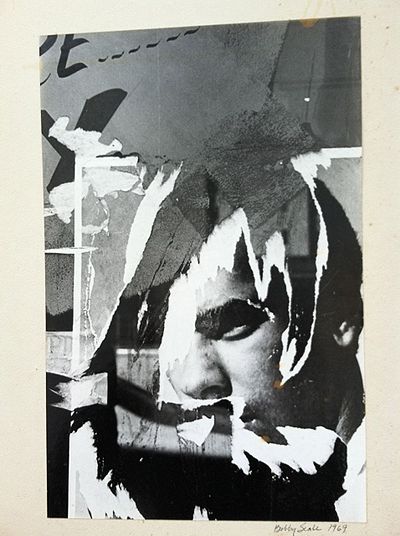 Consider me a sucker for commemorative plaques. One reason London is among my favorite cities is its many buildings with blue ceramic plaques noting the famous people who lived there. I find it impossible not to pause and read them.

So it was inevitable I would stop my car when I realized a bronze plaque had been installed on an Italianate Victorian I once owned at 2777 Pine Street. It didn’t mention that I had lived on the ground floor. Instead, it associated the building with a tenant who had rented the two floors upstairs.

A Black Panther house in the Fillmore, at 2777 Pine Street.

That called for a stroll down memory lane. In 1968, my upstairs tenants had moved. I had advertised the vacancy and was waiting on a Saturday afternoon to show it to a woman who had called. She was late and I was on the phone telling a friend I would be late meeting her because I was giving the prospect more time.

Then I saw a young woman purposefully crossing the street. No wonder she’d mumbled her name when arranging the appointment. “Here she comes now,” I told my friend. “It’s Kathleen Cleaver.”

There was no mistaking her Afro. It had been pictured often in newspaper and television coverage of the Black Panther Party, whose profile was then at its highest. Six months earlier she’d married the Panthers’ minister of education, the committed revolutionary Eldridge Cleaver, and become the party’s communications secretary and the first female member of its decision-making body. Their apartment door had recently been kicked in by the San Francisco Police Department’s tactical squad in an unsuccessful raid searching for guns and ammunition. Although Eldridge Cleaver at the time was the Peace and Freedom Party’s presidential candidate, he seemed to be a magnet for violence.

“What are you going to do?” my friend asked.

She did, we made the deal and she paid the deposit and arranged to move in. I had to wait to meet Eldridge. He was in jail, charged with attempted murder after a gunfight with the Oakland police in April 1968 that wounded him and killed fellow Black Panther Bobby Hutton. Hutton was shot 12 times while trying to surrender with his hands in the air after teargas flushed them from the basement where they were hiding.

Cleaver was released on bail June 6 and we met after he joined Kathleen as my upstairs neighbors. They had a steady and heavy flow of visitors, but it was mostly uneventful except a couple of times when it got noisy at night and I called to ask them to turn the music—usually good jazz—down a bit. They always did.

Otherwise there was little to indicate that anyone in the neighborhood was newsworthy. True, police cars cruised by far more frequently than before, and I often saw slow-moving cars carrying gawkers hoping to see the home of the high-profile Black Panther whose Soul on Ice, written after he’d served eight years in San Quentin for attempted murder, had just been published and quickly become a best seller.

And there were all those clicks and background sounds I would hear when using my phone. I just assumed it was an FBI wiretap—J. Edgar Hoover had described the Panthers as “the greatest threat to the internal security of the country” and ordered “hard-hitting counter-intelligence measures.” I sometimes asked, “Can you hear alright?” but never got a reply.

Eldridge was scheduled to surrender in November on the assault charges, and things became noticeably more tense as the time approached. When the rent was late, I left a note and then a phone message. A reply was slipped through my mail slot. It was typed on the stationery of Ramparts, the locally based magazine that had published Eldridge’s writing since he was in San Quentin.

Please excuse the delay but I have been so god damned busy with these pigs and courts and chaos that I completely forgot to pay the rent. You are so very sweet to be so unobtrusive and gentle with me. I think you are the perfect landlord and I would just like to warn you that you should prepare yourself for any day now some kind of assault on this house. I think it is beautiful, I love it, I won’t go away, but the local, federal, international, secret, and off duty pigs as well as reagon, rafferty, shelton, wallace, alioto, et. all. want to do us in, Eldridge first, then me. 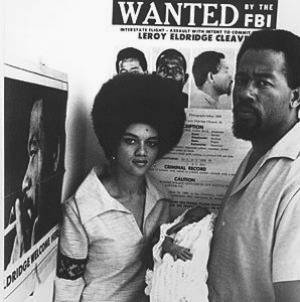 It’s not surprising the Panthers were on alert, considering the number of raids made on various members during that period. But none came at 2777. Still, as November 27—the date Cleaver was to surrender to prison authorities—drew near, a vigil formed outside on the sidewalk along Pine Street. When I got home the night before, a milling crowd, mainly young whites, didn’t want to let a large white man—me—through the iron gate to the lower unit.

“If you really want to protect Eldridge, why don’t you go over to Paul Jacobs’ house in Pacific Heights? That’s where he is,” I told them. I’d heard that Jacobs and another noted Ramparts writer, Jessica Mitford—a friend of mine—had initiated the vigil.

The disruption outside got the attention of whoever was upstairs and the front door opened. A man with shotgun at the ready surveyed the scene. “He lives here and he’s all right,” the man announced. The crowd parted quietly, and I went in and retired for the night. The next day I learned Eldridge had skipped bail and slipped away to Cuba.

I saw Kathleen once more. She said she was leaving to join him, but would like to keep the rental a few more months.

Occasionally someone would be upstairs. Eventually I realized everything had been moved out without payment for the last month.

A mailed request and a telephone message left on the Panthers’ answering machine didn’t get results, so I drove to their headquarters in Oakland and said I was there to get the rent. I think the three or four people there were startled by my audacity. One man looked at me, then nodded to a woman at a desk who opened a cashbox and paid me. I thanked them, they said I was welcome and I left.

A few days later two men came to my door, showed their FBI credentials and asked to see the upstairs flat. I went with them, the first time I’d been in since I showed it to “Mrs. Cleaver.” 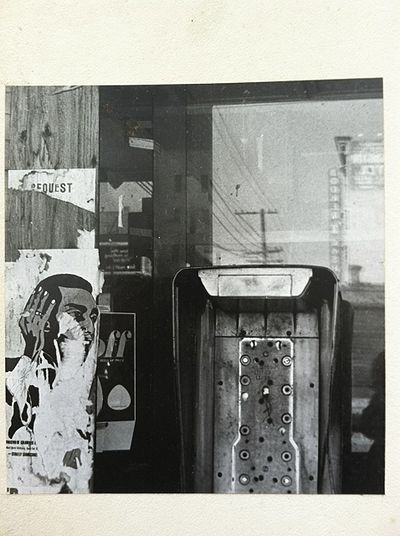 I saw Eldridge once more after his return from exile to the U.S. in 1975. He had gone from Cuba to Algeria and was there, except for a period in North Korea, until he wore out his welcome and left secretly for France, which eventually granted him legal residency.

The return to the U.S. meant immediate imprisonment on the assault charges for his role in the 1968 shootout with the Oakland police. He was convicted and put on probation for five years by a lenient court and ordered to perform 2,000 hours of community service. By then a Republican, he endorsed Ronald Reagan in 1980 and 1984. He’d struggled with cocaine and undertaken a religious journey that included Mormonism and the Moonies and wound up born again. He’d even made an effort to be a fashion visionary by designing his codpiece pants.

The years clearly had left an impact on him, but he brightened when I identified myself. We spoke briefly, even joking about my failure to get him to sign my copy of Soul on Ice. Then, as I was leaving, he spoke almost wistfully.

“Man, we loved that house.”

—Reprinted with permission from The New Fillmore