Murals at the Beach Chalet 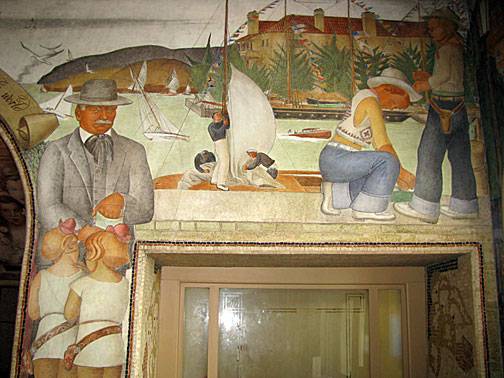 Labaudt, following the precedent set by many of his era's fellow artists to include other artists, depicts here Gottardo Piazzoni, a Swiss-Italian muralist who worked in San Francisco during the first two decades of the 20th century. 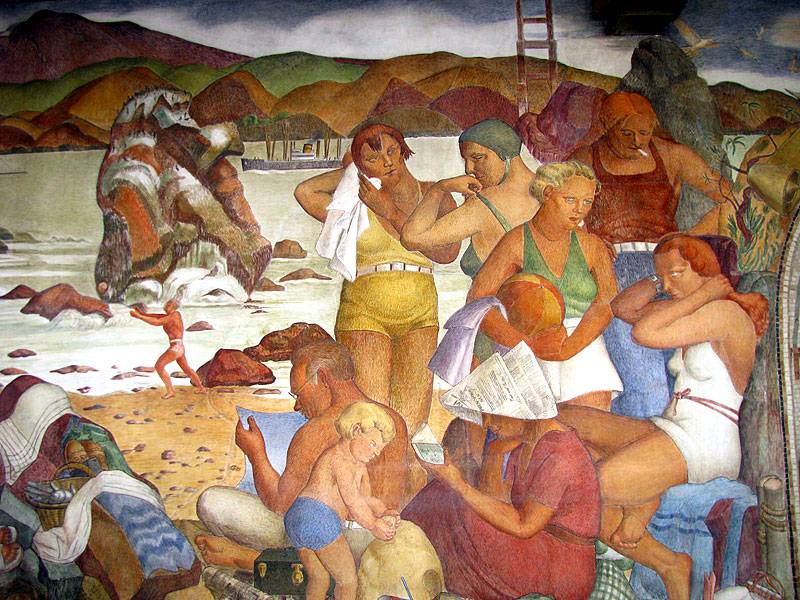 A variety of family, friends and students populate this bucolic beach scene, with the still under construction Golden Gate Bridge in the background. 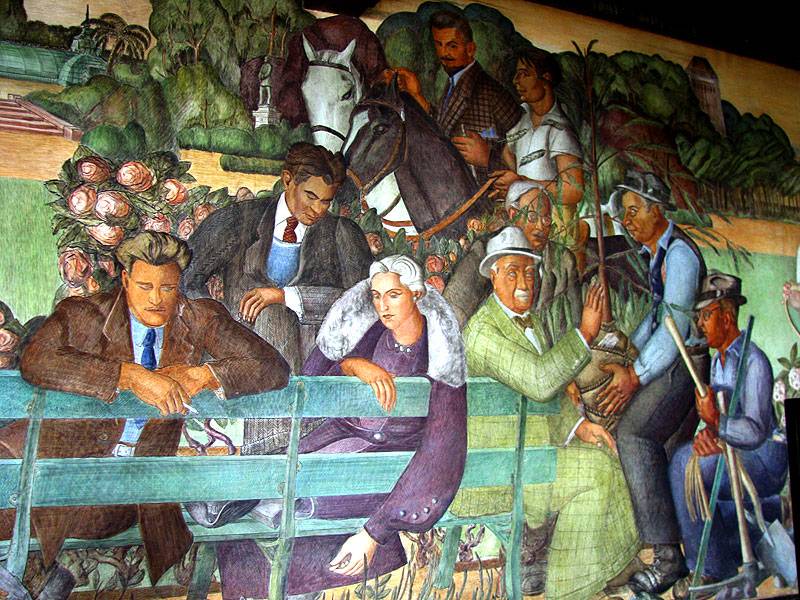