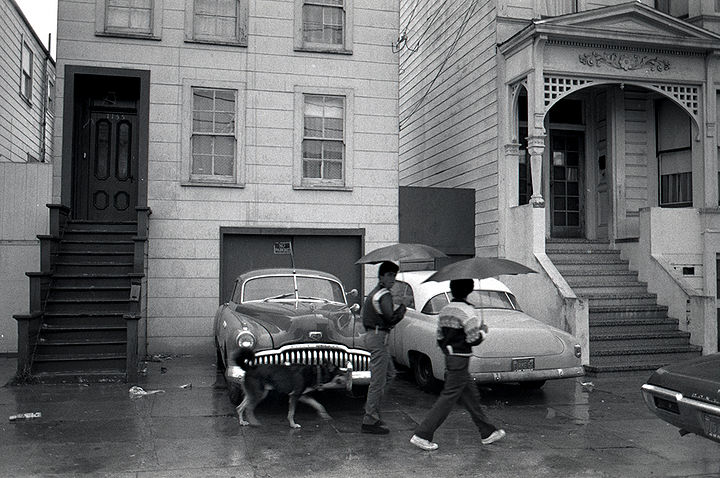 It was usually sunny in the Mission in spite of the rest of the City being fogged in. There were no cafés in the barrio then. If you wanted to have that sort of drink you went to North Beach. The only taqueria was on 20th and Folsom and it was the first place that served burritos in our part of the world. On 24th Street Guadalajara de Noche Restaurant had the only neon sign and a block east was La Victoria Panadería. Next to the panadería, on the side of it, was a restaurant, a sort of extension of La Victoria. At least everyone called it a restaurant. At lunchtime everyone who was anyone in the barrio gathered around the small plastic-covered tables that practically abutted each other. Politicos and would-be power brokers. Poverty pimps and locals. I would go there for the lunch special, chile colorado with rice and beans for $1.50, and pick up an earful of bochince to go with it. I lived then at 2758 22nd Street in a bottom flat. Before this I had lived at 2962 22nd Street, so I had lived most of my time in San Francisco within a few blocks.

excerpted from Optic Nerve documentary, "Pushed Out For Profit.