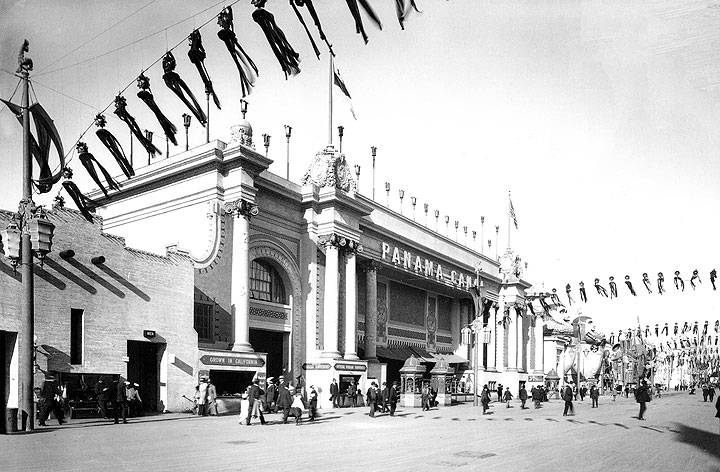 The Panama Pacific International Exposition (PPIE) had stood at the center of Rolph's election campaign in 1911. The PPIE also stood at the center—sometimes literally, sometimes only figuratively—of many of the other civic accomplishments of the period before World War I. It reflected many prevailing patterns of political thought, notably a quest for civic unity, a reliance on expertise and planning, and a melding of private and governmental activities in the promotion of development.

The first steps toward the exposition came in 1904, and the company that oversaw the project filed articles of incorporation in 1906. In 1909 a mass meeting took place on the floor of the Merchants' Exchange. All San Franciscans were invited to hear inspirational oratory and endorse the selection of a nominating committee. Gavin McNab, one of the leaders of the city's Democrats, gave the principal address and sounded the tocsin of civic unity:

In the presence of this inspiring occasion, all differences among our people will pass away. In its place will rise the genius of municipal unity; a spirit capable of marvels. We shall be only San Franciscans—one for all and all for one, and all for San Francisco.

A second mass meeting in 1910, also in the Merchants' Exchange, brought together the results of extensive solicitation—and spontaneous enthusiasm to create an impressive demonstration of commitment to the project. Two thousand participated, and they pledged more than $4 million in an hour and fifty minutes.(6)

Two more mass meetings later in 1910 and a door-to-door canvass of the business district brought the total funds to over $6 million and also produced a resolution—introduced by McNab—to secure a city bond issue of $5 million. A special session of the legislature, engineered by McNab, authorized the city to vote on a bond issue, and added a $5 million subscription by the state. Both required approval by the electorate: The state voted 77 percent in favor, and city voters gave the subsidy an incredible 95 percent margin. A massive lobbying blitz of Congress defeated an effort to designate New Orleans as the official site of an exposition celebrating the opening of the canal, and in early 1911 President Taft officially signed the resolution designating San Francisco as the site for the official celebration. Planning shifted into high gear, and the exposition opened in early 1915, the first major American exposition since 1876 to open without delays resulting from incomplete construction.(7)

The Exposition and the Quest for Civic Unity.

The PPIE epitomizes many of the dominant values of the city's business community at that time, all of them transferred to city government in one form or another. The quest for civic unity, dramatized by Gavin McNab in 1909, reached a high degree of fulfillment. Businessmen laid aside old quarrels, systematically assessed themselves all they could afford, and gave of their time as well as their money. The PPIE board of directors counted a broad cross-section of the city's business and professional community, with P. H. McCarthy added as a representative of both labor and city government. For president they chose an engineer, Charles Moore, head of a firm with branches throughout the West and a member of several boards of directors. The six vice-presidents included William H. Crocker; Reuben Hale (secretary-treasurer of a major department store), Isaias W. Hellman, Jr. (president of Union Trust, director of other banks), M. H. de Young (proprietor of the Chronicle), Leon Sloss (president of Northern Commercial Company, successor to the Alaska Commercial Company), and James Rolph,Jr. (not yet mayor but president of the Merchants' Association).(8)

The PPIE board of directors and committee members read like a list of the leaders of the business community; and the PPIE experience taught them that they could work together in a way they had never done before. By contrast, the earthquake and fire had produced a brief sense of civic unity, but it had soon disintegrated in disputes over proposals to plan the rebuilding. The graft prosecution had divided the business community, some siding with Spreckels, Older, and Phelan, some taking the side of Calhoun and others accused of giving bribes. But the PPIE brought the business community together and gave them a model for united action that was soon translated into other areas-witness the merger of all four of the city's leading business associations in 1911. The unity created by the PPIE extended, at least symbolically, beyond the business community. The Building Trades Council subscribed $5,000 to the fund, and the Labor Council and Building Trades Council pledged to relax many of their work rules and not to demand changes in wages, hours, or work rules. In return, business leaders quashed the developing Merchants' and Manufacturers' Association, thus preventing any open-shop drive during the period when the PPIE was under construction or in progress.(9)

The city's united support for the PPIE had stood forth clearly in the vote on the subsidy. The city again dramatically demonstrated its support on the exposition's first day. On February20, 1915, everyone in the city was invited to walk down Van Ness Avenue to the exposition grounds, led by the mayor. An estimated 150,000 turned out, nearly one-third of the city's population. According to the PPIE's historian: “Merchants, bankers, clerks, stevedores, high-salaried corporation managers, factory hands, all marched in the same columns, in the same ranks.... Every distinction was forgotten except that of being part of the parade that was going out to open the Exposition.” The grounds they entered “rested on a new and great principle of architecture harmony.... All chance of discord had been eliminated, and a harmony created that had never been seen on any such scale before.” At the exposition grounds, the Catholic bishop, a leading rabbi, and the Episcopalian bishop all offered prayer; Governor Hiram Johnson, Mayor Rolph, William H. Crocker, and others made short speeches. Then President Wilson, in Washington, used a wireless to activate the machinery of the exposition grounds, and the PPIE was open.(10)

The Exposition as Epitome of Legal-Rational Values

The administrators of the PPIE embodied many of the other legal-rational values of the day. They rankled at any suggestions of patronage in hiring; indeed “it was ultimately recognized that the best way not to get a job with it [PPIE] was to set 'pull' in motion.” Experts were sought throughout the nation. The Architectural Commission included leading local architects—several trained at the Ecole des Beaux Arts—and representatives of major New York firms including Carrere and Hastings, McKim, Mead, and White, and Henry Bacon. Jules Guerin, a New York artist, was given control over the use of all color on the buildings. Frederick J. V. Skiff, director of the Field Museum in Chicago and an experienced exposition planner since 1891, became an all around consultant with the title Director-in-Chief of Foreign and Domestic Participation. Alfred Esberg, prominent tobacco importer and cigar merchant and member of the PPIE board of directors, spent weeks in research at the Library of Congress and returned to San Francisco with a set of statistical relationships between the size of the host city and the attendance level at all ten of the expositions held in the United States between 1876 and 1909. This research and analysis, characterized as the foundation for “a science of expositions,” provided the basis for surprisingly accurate predictions of both total attendance and average daily attendance. Based on these estimates, PPIE directors drew up their budget and determined the size of the exhibit palaces and grounds. Budget control was tight and highly centralized.(11)

Planning at all levels extended much further than at previous expositions. Moore banned political maneuvering from PPIE deliberations, accepting the presidency only on condition that “there be no intrigue, conspiracy, or star-chamber proceedings, and that friendliness and frankness between Directors exist at all times and that the members do not frame up pools of votes; that there be no factions.” Concerned about maintaining “continuity of policy and hence continuity and unity of management,” most PPIE subscribers agreed to vest five trustees with their rights to vote annually for the board of directors. The trustees were expected to maintain the same administration and thereby to avoid duplication or triplication of effort, waste of funds, confusion of policies, conflicts and abandonments of plan, letting of contracts without regard to the money in hand, general failures in execution ... a hodgepodge of unrelated buildings and discordant physical features and an operating force without coordination or discipline ... [which] hideous features ... have, in the past, characterized the development of cities all over the United States.

Many of these same business leaders, it need hardly be noted, made similar arguments in 1910 in favor of extending the term of mayor from two to four years.(12)

The first four-year mayor was, of course, James Rolph, Jr., a vice-president of the PPIE. Rolph gloried in the exposition and claimed—in verse—to have attended each of its 288 days:

I've attended all the days;
I've sung every nation's praise;

I've watched them give a million plaques away.


I've helped you celebrate,
Every country, town and State,

And worn my high plug hat three times a day.

From Cuba to the beach of Waikiki


But no matter where I am,
Be it Sydney or Siam,

San Francisco, you're Home, Sweet Home to me.

Rolph loved to lead parades from the exposition auditorium in the new Civic Center to the PPIE grounds, and he delighted in greeting the wide range of visiting dignitaries, from Camille Saint-Saens to William Jennings Bryan, from Thomas Edison to former presidents Roosevelt and Taft. Rolph identified himself closely with the PPIE during his 1911 campaign, and he lost no opportunity to continue that identification during the years following. Nonetheless, the city had virtually no role in the planning, construction, and operation of the PPIE, beyond contributing $5 million. But just as Rolph succeeded in transferring some of the PPIE's aura of unity and achievement to himself, so did the PPIE inspire and inform a number of major undertakings by the Rolph administration.(13)