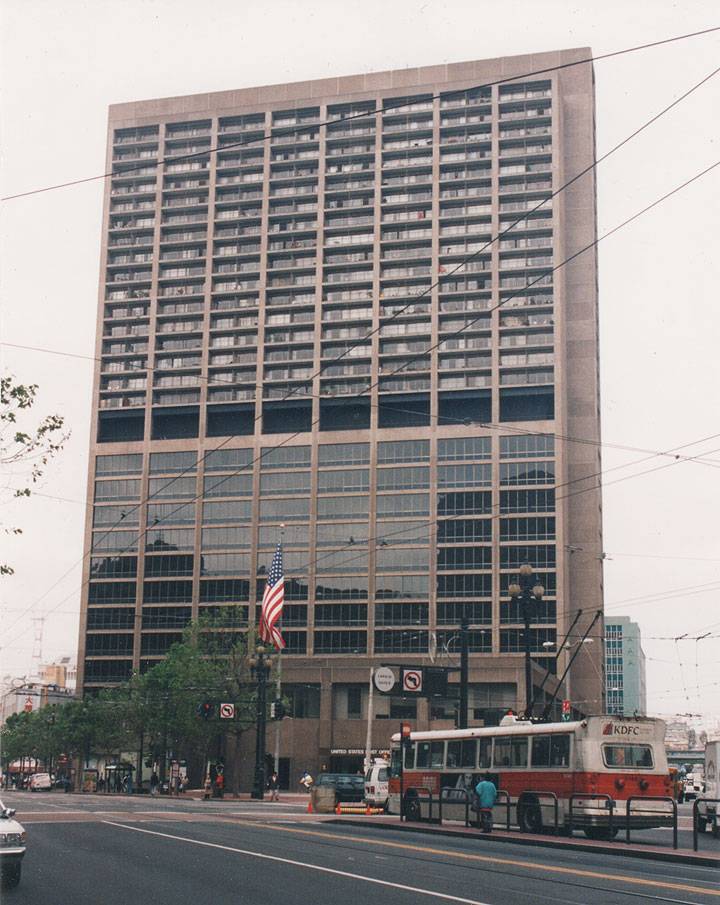 The Fox Plaze building on Market Street between 9th and 10th, mid-1990s.

The Aerial midtown 1920s Fox Theater was America's greatest all-time movie palace. Occupying the entire block bounded by Market, Hayes, and Polk Streets, it harbored 4,561 seats surrounded by the ultimate in classic movie-house opulence. It's gigantic neon sign spelled out F-O-X in letters big enough to be read from the Ferry Building at the end of Market Street. But in 1963, real estate philistines bought the property, tore down the most magnificent building in San Francisco, and erected a high-rise eyesore in its place.